While many people opt for the more traditional morning church or dinner with family, some carpool out to South Street for the Philadelphia annual Zombie Crawl. The Zombie Crawl is a pub crawl which takes place every Easter. People dress up in full zombie make-up and costume, and hop from bar to bar–while scaring the general public of course.

Devi Do has been doing the Zombie crawl for the past few years, and was excited at the anticipation of Zombie Crawl 2009! Devi planned her zombie school girl outfit for months, designing her costume (including bloody handprints on her clothing), and spending time on her zombie make-up. She drove out to South Street with a few friends. They bounced from bar to bar, meeting other awesome zombies and dancing their zombie asses off.

Early the next morning, Devi got a ride back to her friend’s house. Despite being sober, she was drained. After arriving at her friend’s house, she decided to drive home, not realizing how completely exhausted she was.

When Devi got onto the highway, she noticed she was headed back toward Philadelphia. Realizing her mistake, she got off the highway, and then got back on toward the suburbs. There were no cars on the road at that hour. Devi started to doze off, but quickly snapped herself out of it. Ultimately her vehicle collided with a few orange barrels, hit a concrete divider, and then spun out. Luckily she did not get injured or lose consciousness.

When her vehicle finally stopped, she assessed the situation. She was surrounded by airbags. Although her hand was in extreme pain, she was fine otherwise, and was aware enough to sift through her purse to find her phone and dial 911.

She could not tell if time and space for her were suspended, or if there were people already on the scene who witnessed the accident. Nonetheless, an officer shone a flashlight through her windows before she even had gotten off the phone. The officer leaned in on the passenger side and asked if she was okay. He asked if she was able to get out, but after looking in her car told her to stay put and not to move.

Devi overheard men talking to each other outside. She could not hear everything, but one of them said to the other one that she had rolled at least three times, in which she leaned over the passenger seat and responded with, “I rolled?”

She was shaking, but couldn’t tell if it was from being cold or being scared. She had hit two cement medians, one of which moved when she hit it. She rolled her car three times and it was obviously totaled. Not many people walk away from an accident like that, people kept saying to her.

Caught up in the idea that she just destroyed her car and ruined her clean driving record, she didn’t realize why everyone was fussing over her the way they were. They were asking her what the date was, what holiday just passed, what else on her hurt and questions of the like. Then she looked down at her shirt and realized she was covered in fake blood, with a nice bloody handprint across the Hello Kitty on her tank top, which she had put together earlier that day for the Zombie crawl.

They probably thought she was in too much shock to realize that she was horribly injured. Ironically, at the scene of her own car accident, she had to explain that the blood all over her shirt wasn’t hers, but that it was from a Zombie gathering she were coming home from.

It took a lot of convincing, but the officer managed to send her to the hospital in an ambulance, just to be safe. She was put in a neck brace and strapped to a gurney. She felt nauseous, stiff on her left side, her hand was in a lot of pain, and she couldn’t move. They gave her ice for her hand, said that she had burned it from the airbag. Her x-rays were clear, and so was her alcohol level; she had blood taken to test her blood alcohol level (considering the nature of the accident). After a few hours, she was given the okay to leave.

• Hello Kitty shirt, bought only for the sheer fact of humor and to be covered in blood = $3.
• Driving while sleepy = destruction of a perfectly new car.
• Being taken to the hospital, dressed as a zombie school girl, after hitting two medians and rolling car three times and not only living, but having only a few abrasions and soreness = priceless.  [ END ] 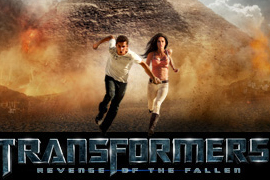