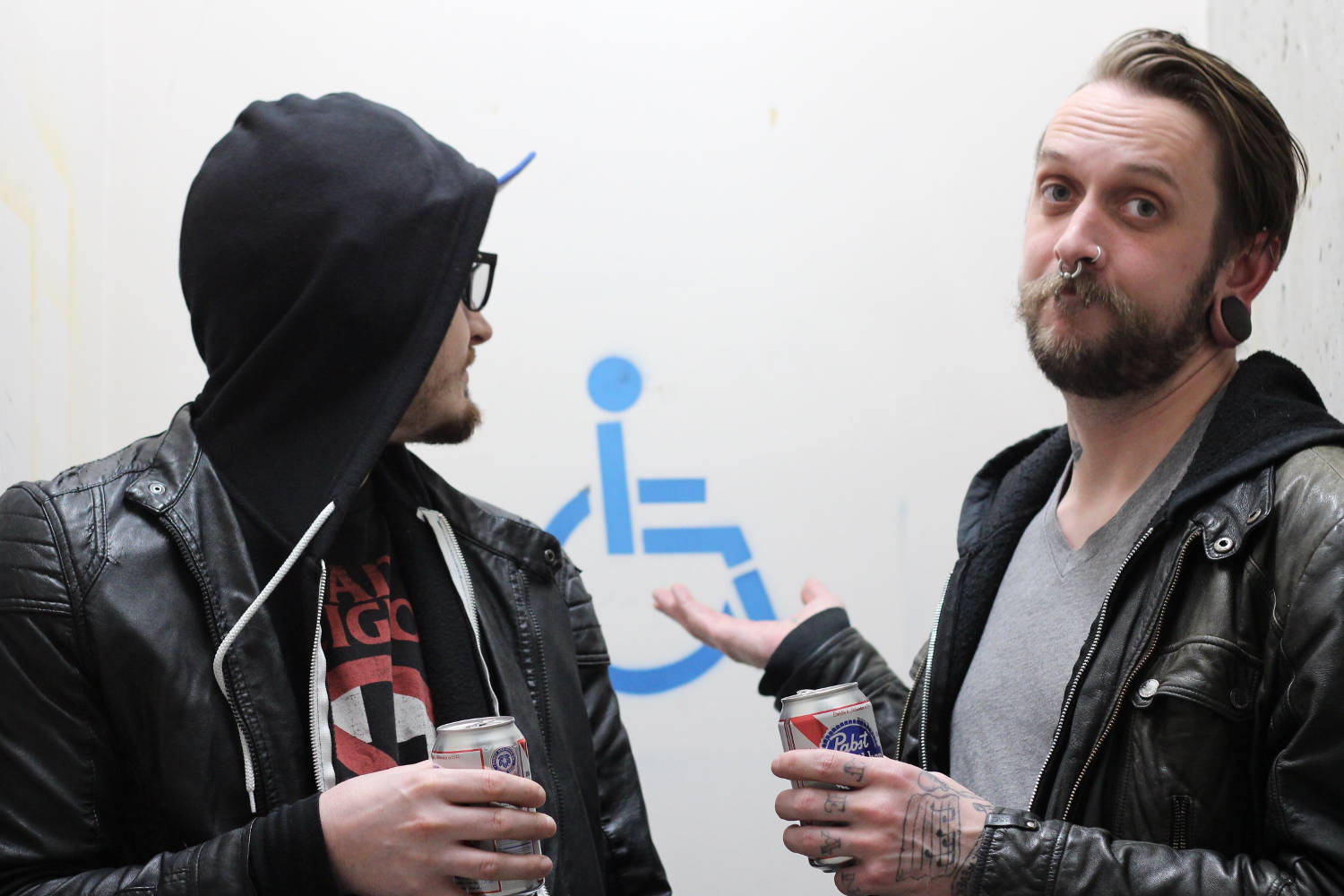 We’re peddling some new music today in the form of the noise rocking duo Pedler. January 24th will mark the release of their debut, three-song EP via Jaundice Records, but why wait another week when you can hear it right here, right now? Pre-order the EP via Bandcamp and the cassette version via Jaundice Records.

The self-titled effort acts as a worthwhile introduction to what’s to come from Pedler; three solid tracks that show you how noise rock should be done. Intertwined with their base sound are some sprinklings of blues, punk and heavy rock which sets this release apart from the typical names in noise rock. With a quick comment regarding their debut EP, Pedler so appropriately stated, “We’re here to prove an octave pedal beats having a bassist!” Like many other acts, Pedler formed out of the ashes of another band. Both Justin Stadig and Kyle Kary were members of American Space Monkey, a band that was starting to gain some traction before suddenly their bass player decided to move east. Instead of scouring the local Vancouver scene for a competent replacement, Stadig and Kary decided to go it alone and proceed strictly as a duo. At this point, they lost any interest or desire in even having a bassist so being a twosome just started to make more sense as each day passed.

Both Stadig and Kary bring a very DIY work ethic to what they do, not only with music but also with the other aspects of their lives. They tour hard, doing their best to support their local music scene, but also have side gigs outside of music. Stadig operates his own production company called 6sh0w4 which films, documents and supports the Vancouver punk rock scene, while Kary spends his time running Unimpressed Screen Printing which specializes in creating and printing merchandise for other local bands. If you have any ounce of respect for indie music and a solid work ethic, then you can find a lot to respect when it comes to Pedler.

To find out more about their self-titled debut EP, why they’ve chosen to be a duo, and the general writing and recording process for the EP, we spoke with Pedler’s drummer Kyle Kary for some extra detail. If you’re in the area, don’t miss out on their EP release show, presented by Jaundice records on January 24th at The Avant-Garden in Vancouver. More details can be found via Facebook here.

Get ready for some noise coming from Pedler and their three-song debut EP:

We don’t see it often, but there are times that we do. What I’m getting at is having no bass guitarist in the band which Pedler does not. Why have you decided to go bassless in writing, recording and playing live?

Kyle Kary: “Prior to starting Pedler, we were a different band called American Space Monkey but a couple of the guys wound up moving away, one of which was the bassist. We weren’t really sure what we were going to do at that point, but we tried jamming as a two-piece and managed to write three songs that first jam. It just seemed to work plus bassists always seem to have the heaviest gear, but magically are never around to move it.”

Do you ever feel limited, musically or creatively with not having the presence of a bassist to rely on or is it perhaps in some way freeing or a welcomed challenge?

Kary: “It actually makes things pretty easy. We’re a democracy with no tiebreaker, either we both like something or we don’t do it. Musically, we’ve been jamming together for nearly a decade too, so we’re usually on the same page. I’d also argue that we’ve never met a bassist that you could ’rely on,’ so maybe we just don’t know what we’re missing.”

You recorded the three songs contained on your debut EP last summer. Was this your first experience in a recording studio and how did the process go overall?

Kary: “This was the first proper studio work for Pedler, but our old bands have spent plenty of money at studios on music that no one listens to though. The experience was great, we recorded it at Park Sound in North Van with Dan Ponich. If you’re a Vancouver band we definitely recommend working with him. He just seems to speak the same language, super-efficient and we’re stoked with the end product.” 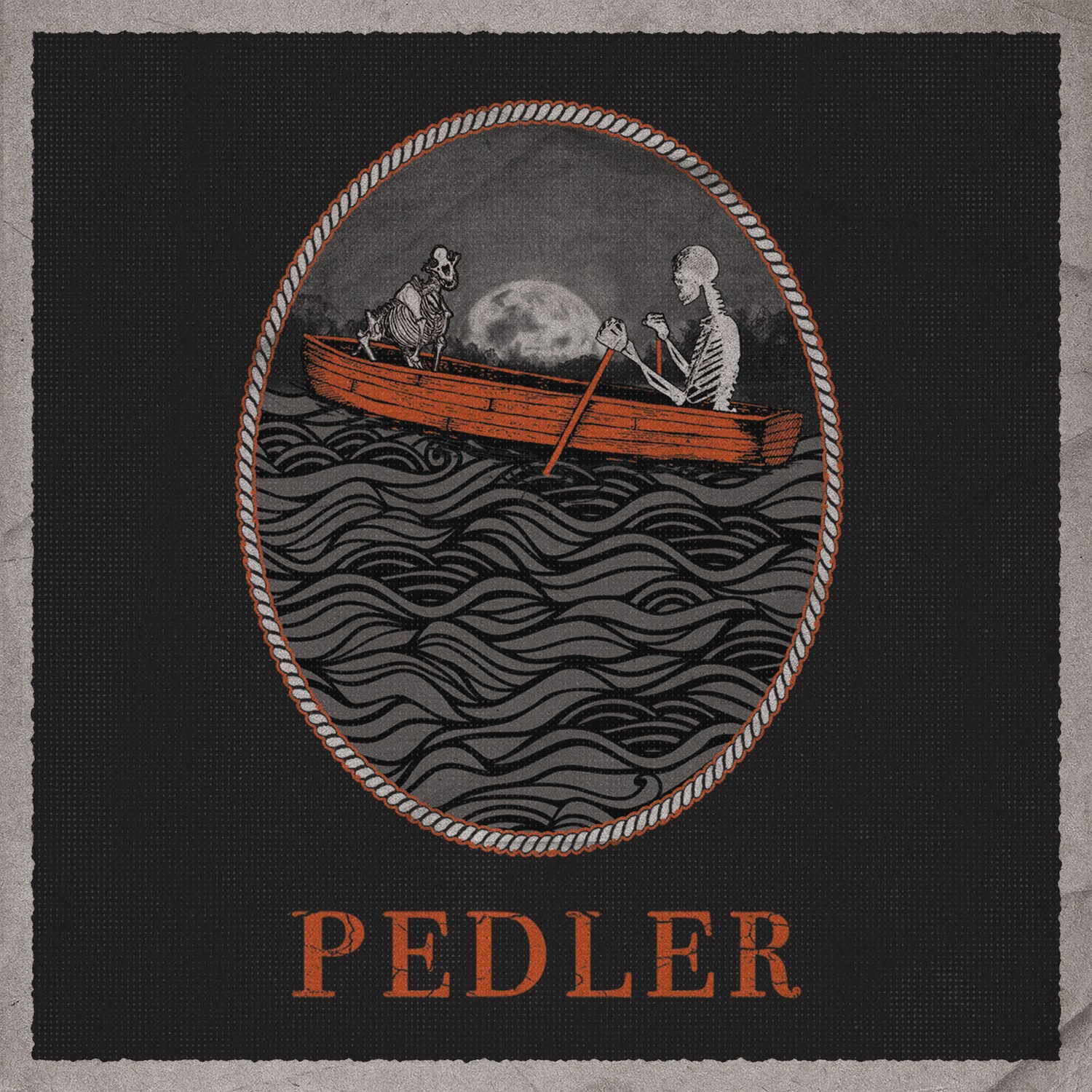 Were there any songs that didn’t make the final cut for the EP and if so, may we hear these either on tour or recorded sometime in the future?

Kary: “Yeah, we got lots of songs ready. We’ll definitely be heading back to record soon, but for sure you can hear them at shows. Currently, we’re just waiting to hear back from the government and see if they’re interested in helping us fund the next recordings before we make any concrete plans.”

Of the three songs, which one did you find most challenging or spend the most time on writing and recording? Was there one, in particular, that was just hard to get the way you wanted it to sound?

Kary: “At the risk of being super boring, everything went super smooth. If we were to flip that question around though, the song that was the least challenging to write was definitely ’Homebled.’ That was the first song we wrote, that first jam. Played it almost exactly how it is now, just on the spot. Vocals came later, and we tightened things up here and there, but nothing else really changed. It was pretty weird.”

Where does Pedler hope to go with their music over the course of 2020? Do you hope to do any more recording this year?

Kary: “If we get some of that sweet sweet grant money, then we’ll be heading back to record ASAP. Otherwise, the plan is to keep writing and playing shows. We’re finally going to start doing more out of town shows again. At the rate venues are shutting down in Vancouver, playing out of town might be our only option here pretty soon anyhow.”