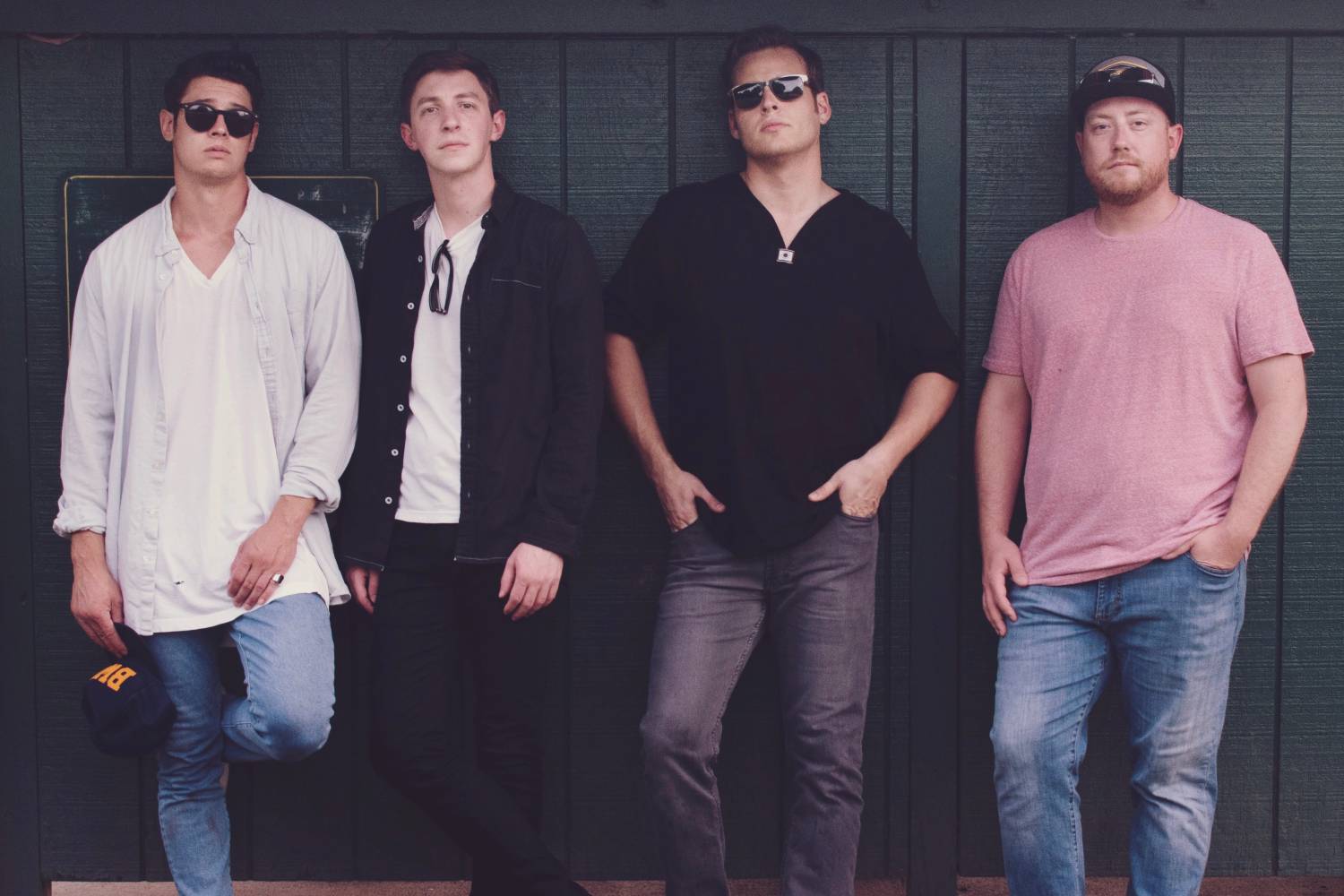 So, remember that album that we teased was coming from Wilmington, Delaware’s Haha Charade at the end of last summer with the premiere of the song “Goodbye Juliet”? Well, we didn’t forget about it and hopefully you didn’t either, because it has now arrived. Out today is the self-titled full-length debut from Haha Charade and you can hear the whole thing right here, right now. (You can also purchase/stream the album now, via various streaming platforms.)

To refresh your memory, Haha Charade is an indie rock quartet consisting of singers and guitarists Alex Wade, Justin Lefler, Matt Bowe on bass, and drummer Brendan McBride. The band is a fully collaborative outfit, with three primary songwriters and each member pulling their respective weight in the recording studio. Joining together their affection for punk, garage rock, folk, and hip-hop, the band previously released their debut EP We Are The Wolves in early 2019. Now comes time for that scary debut full-length, which the band has handled with poise and what seems like relative ease.

Consisting of a full twelve tracks, the album bounces around from genre to genre and topic to topic, never content with just riding with one style or one concept. There are your songs about love and life, like the single “Goodbye Juliet” and “Portrait in the Moonlight,” but there are also some more challenging, thought-provoking numbers that you would perhaps not have expected. The band gets a little political in the opening track “The Reversal” a musing on how the U.S. could have possibly wound up with the results that were the 2016 Presidential Election, while track nine “Guards & Weapons” discusses how unrepresentative and out-of-touch government bureaucrats are essentially deciding what laws should go into effect for U.S. society as a whole. Musically, this record gets so diverse that there’s even a doo-wop track with “Seasons,” a song about growing up and experiencing change in your life.

First, why don’t we listen to that full-length debut record we have been talking about?

As we did when we brought you the premiere for “Goodbye Juliet,” we have again hooked up with Haha Charade to ask some questions about their debut self-titled album, the writing and recording process, and the advantage of having three primary songwriters within the group.

Congratulations on the release of your debut self-titled album. How are you feeling about the album now upon its release? Confident? Anxious? Scared? Do tell us.

Alex Wade: “I just feel excitement. This has been a long time coming and the songs have been written as demos for a couple of years, so to have something high quality that we can get out to the world is an exciting experience.”

This isn’t just one of those seven or eight-song albums you see nowadays that bands call a full-length. This is twelve solid tracks of Haha Charade. How many did you record in total for the EP? Is there any leftover material?

Wade: “We write the fundamentals and song structure at home on our own time. Then we have our own process of picking and choosing songs to bring to the studio before going. We have about three hours of written music to choose from, so it was definitely difficult to choose which songs to record. We try to keep things as democratic as possible and vote for which songs we like the most. There is a lot of material we are still working on and we try not to throw anything away completely. We all look forward to continuing to perfect our art and get it out to people’s ears.”

Since it’s your debut, how challenging was the writing and recording process for the album? Were there any real hiccups or roadblocks you encountered along the way?

Wade: “As far as the recording process goes, we have really great chemistry with our guys at Occupy Studio. We are their primary full band there, so these first projects had some trial and error, but we definitely have gotten into a groove with them.”

Watch the recently-released music video for the aforementioned “Seasons”:

Now, of the four of you, there are three primary songwriters, rather than just one or two which is common of many bands. Did you find having the three songwriters helped alleviate some of the stress involved with being creative and meeting the album’s release deadline?

Wade: “It’s definitely been beneficial having multiple songwriters. Having another person to bounce ideas off of when you encounter writer’s block is invaluable. As far as the deadlines go, we continue to write new material even through the recording process. Although we are extremely proud and excited for this material to be released, we continue to look to the future.”

If you had to define the album within a particular genre or subgenre, where do you think your album would fit in?

Wade: “The genre of our music has been a topic of discussion since we started writing. We’d probably classify us broadly as ‘indie rock’ but have elements of many genres and sub-genres such as surf rock, folk, hip-hop, garage rock, post-punk… We try not to rabbit hole ourselves into a specific genre and continue to push ourselves to expand our own writing styles.”

You’ve written a lot of music considering you only formed about a year and a half ago and already have a debut full-length and an EP that was previously released. Do you feel burnt out at all from the torrid pace you’ve been going at essentially since the summer of 2018? What does the future hold for Haha Charade? What can we expect for the rest of 2020?

Wade: “2020 has a lot to look forward for us. We have the material for the next album and are already working on the next project at Occupy. Keep an eye out for more singles and another album this year. We are all working hard and at times there are challenges, but we are all energized to continue sculpting and shaping our work. None of us are looking back, only forward.”

Check out the four dudes in Haha Charade with the artwork for their self-titled debut album: 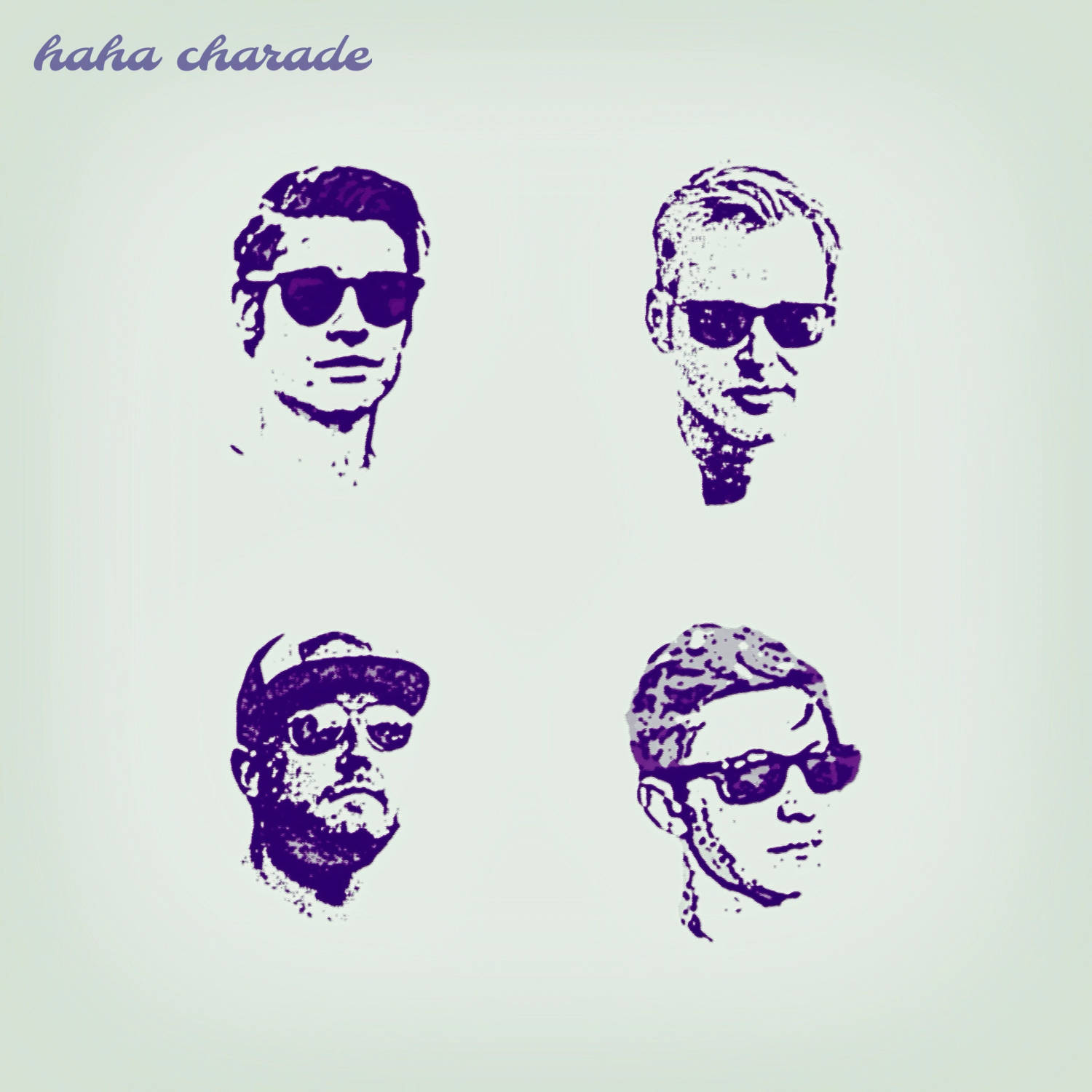