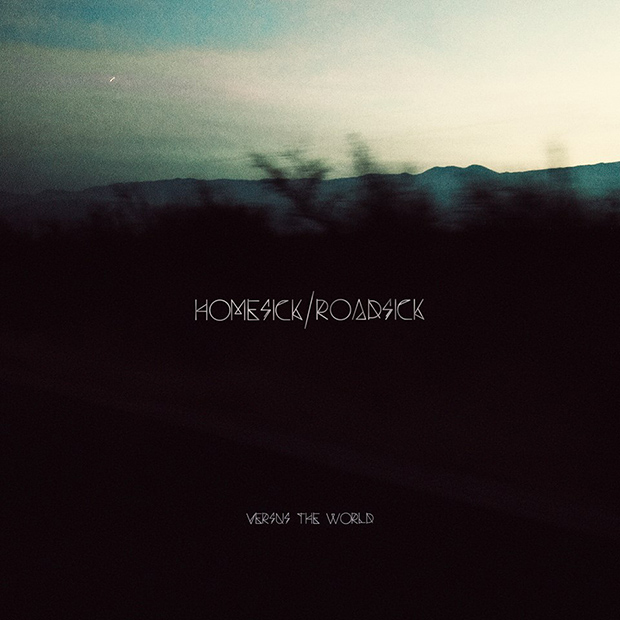 Versus The World – “Homesick/Roadsick” [Album Review]

There are so many bands playing pop-punk that it’s really hard to muster up much of an interest in listening to another one, especially one from California. You see, it’s shitting down outside, again, and I’m about to be bombarded with upbeat pop punk from a band whose rehearsal room is probably overlooking some sunny beach.

Seriously though, having given Homesick/Roadsick a few spins now, while there isn’t anything what you’d call particularly original here, it makes a bit of a change to hear something with some passion and emotion to it. As expected, there is a plethora of pop-punk bands out there that Versus The World sit comfortably alongside – Sum 41, New Found Glory and, taking “Seven. Thirty One” as an example, Alkaline Trio.

“A Brooklyn Rooftop” shows off a rougher, edgier style and it’s certainly when the band kick it up a gear or two on tracks like this one that they start to get under your skin. Thankfully then, the second half of the album is full of moments like this including album closer “Our Song,” a soaring anthem that will surely become a fan-favourite.

So, having gone into this expecting more insipid pop-punk, it’s nice to report I’ve been proven wrong. Versus The World is a band who may not do anything overly different but, their own grittier twist on this tried and tested genre is one to make this album stand out a little from the pack.

Check out the song for “Homesick/Roadsick” here.