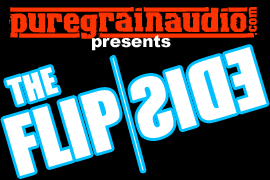 The Flipside: An Introduction – Vol #01

For the inaugural edition of The Flipside, I thought I would take a moment, introduce myself and let you know what to expect from this column in the months to come. I plan on focusing on engineers and producers as well as many others behind the scenes from various genres of Hard Rock and Heavy Metal and asking them very specific questions about their jobs and experiences, (which in all reality might be different from those of the band members they work for) and how they make it all happen.

Whether you know it or not, it takes a virtual army of people working tirelessly in the shadows to record, mix and handle the live sound of every band out there. The best, most talented bands in the world would not be where they are without their engineers, producers and road crew. Add to that the record companies, the A&R guys, the publicists and lawyers as well as many others and you get the picture; a band is only as good the support team behind them. The thing is, most of these people are working in virtual obscurity and never get the recognition or the props, that in my opinion, they so rightly deserve. This is indeed what the heart and soul of the Flipside is going to be about. I have been involved in the music business in various capacities now for over twenty years (as a recording engineer, a live sound guy and a mastering engineer) and it is my goal to point the spotlight on a different individual every month who is contributing to the Hard Rock and/or Metal Scene in any capacity while working behind the scenes.

I know too well that the most times those working in the ‘support roles’ are over worked and under acknowledged. The hours are long and the work is seemingly endless and often times arduous. At the end of the night while the band is bathing in the praise of their fans the roadies, engineers and tour manager are scrambling to get things broken down and back into the van or bus in order to get to the next gig. Not a glorious job at all and almost always a gig that goes unnoticed unless something goes wrong. God forbid something goes wrong or the band is not on their game that night, this is when the attention is usually placed on the ‘support individuals’ and they often times become the scapegoat for the issues regardless of the fact that it might not have been their fault.

The goal of this column is to shed some light on these individuals but also to open up a dialogue of sorts. Post any questions you might have about studio recordings, live sound, production, life on the road or anything related to this topic and if I cannot answer it, I will attempt to track down an industry professional that will. Have a question about how you can get a record company to listen to your bands demo? Curious about a career in the support field? Post those questions and I will track down the appropriate individual to answer them. I will include the answers right here in the monthly edition of The Flipside.

I encourage your participation and look forward your questions. This column will work most effectively with your input. Catch you on The Flipside.  [ END ]