Fifteen years. Seven studio albums. It’s been a memorable run for coldrain, and the beat goes on with the release of their brand new record Nonnegative via Warner Music. Featuring previously released singles “Before I Go,” “Calling,” and “Paradise (Kill The Silence),” this is their first album since the release of The Side Effects in 2019. Led by lead singer Masato, the band’s ability to record and tour was negatively impacted by the global pandemic, just as every other act was. But they have made a successful return, with not only the recording of Nonnegative, but also as a touring act.

In 2020, the band held their first major festival titled Blare Fest 2020 in their hometown of Nagoya, with 40,000 people attending over the course of two days. coldrain has become a mainstay of the international festival scene, with appearances over the years at Rock Am Ring, Download Festival, Soundwave Festival, and the entirety of the 2016 Vans Warped Tour.

To celebrate the arrival of Nonnegative today, we recently connected with Masato for a quick track-by-track rundown of all twelve songs on this dramatic new release.

Masato: “This one turned into a full-on ‘live’ track. Who doesn’t like singalongs! It’s about friendship. Being able to have someone to admit your weaknesses to. Overcoming the struggle together.”

“Heavy riffs and screaming rap-like vocals. The song screamed ‘roots’ so I made it about us. Fifteen years in a band. It’s a statement that we’re not going anywhere.”

“It’s easy to be misunderstood or offended with modern styles of communication. I wanted this song to be something you can scream to when you get pissed off. To me, music is something you can rely on when you’re angry, sad or even happy. The song is heavy, it’s dark, but in the end, the message is actually positive.”

“A song that shows who we are as a band. There’s no gimmicks. We love things straight forward and we love being a band playing rock music. Sometimes you just have to put that statement out there.”

“Song for Japanese anime series BASTARD!! The song is about chaos and greed. Sometimes people don’t learn until it’s too late. It’s metal with a taste of Japanese rock vibes.”

“A song about standing by someone knowing they are struggling. The chord progression on it goes from dark to happy. I wanted the song to be full of hope.”

“A song about looking back but not feeling so different, not feeling grown up all. But still having more responsibility than ever before. Thinking maybe that’s the best way of actually growing up.”

“Japanese rock shows are still in the state of masks wearing and silence required to the audience. A simple song about the better days waiting ahead. The song goes crazy live.”

“A diary about 2020, how things went silent, and how I personally hated how we as people we’re sometimes dealing with the problems we had that year. The divide is real. I think we are yet to know the answers or the outcome.”

The heaviest song on the record. But it’s the most pop in a way too. It’s a song we had fun on. Sometimes relationships get messed up when they could be so simple. It’s not that easy that’s why we feel like screaming sometimes I guess!”

“Legendary song by a legendary band, a personal favourite from when I was a kid. Such a cool song in so many ways. Loved and so happy we decided to cover it.”

A song that sounds like it could be out of one of our records from the early years but is executed so much better and stronger. It’s a statement that the pandemic cannot stop music. Our dark thoughts can’t stop us from living.” 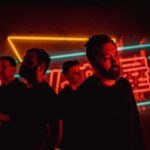 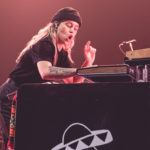