Australian psychedelic rock/neo-soul artist Tash Sultana has been back on the road in North America for the first time since the pandemic, in support of the second full-length Terra Firma, which dropped in February 2021. We caught up with the talented multi-instrumentalist at Portland, Maine’s venerable State Theatre before a sold-out crowd of diehard fans on June 28, 2022.

The venue was absolutely full to the brim by the time opener and fellow Australian, Josh Cashman appeared on stage to warm up the audience. Cashman and Sultana have been longtime friends, and he even co-wrote and appears on the track “Dream My Life Away,” on Terra Firma. While Cashman is a bit newer to the music scene than his friend and tour-mate, it did not show in his performance, which felt unique and relatable, if also hilarious at times. After playing a couple of songs, Cashman introduced his next tune “Blue Eyes,” which he joked was inspired by a love letter he wrote at 14 to a pornstar he fancied on the internet. While this tour appears to be his first exposure to U.S. and Canadian audiences, Cashman shared that he will be returning stateside this fall—so keep an eye out for tour dates!

After a bit of a lengthy wait for Sultana’s instruments to be tuned and set up on a raised platform, the lights dimmed, and Sultana emerged to play an incredible set pulled from both of the artist’s full-lengths. For much of the first half of the set, Sultana expertly utilized looping pedals to great effect, setting up layers of drums, then guitar, synth, brass, or a myriad of other sonic elements, building into a fully-fleshed out track, instantly recognizable from the albums—but even better than the recording!

It was really neat to see and hear tracks like “Big Smoke,” “Musk,” and “Mystik” come together into one great big culmination, with Sultana’s five-octave vocal range on full display, backlit by psychedelic and trippy visuals, like a volcanic eruption spewing ash from one of the great pyramids!

As Sultana’s set continued, they were joined by several backing musicians on drums, keys, and bass for “Crop Circles,” “Greed,” and more! Fans were also treated to a duet with Cashman on Sultana’s track “Dream My Life Away,” which was amazing to see live.

The night closed with fan-favorites and mega hits “Jungle” and “Blackbird” from the debut album, Flow State. If you slept on catching this tour in June, you can still see Sultana live through late July before they head back to Australia—the remaining tour dates are below! 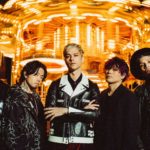 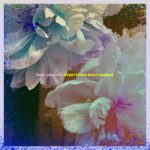