When it comes to star endorsements for your band, you probably couldn’t do much better than King Youngblood. The group is delighted to be releasing their brand new single, “Too Late, Too Soon,” which happens to feature none other than the talents of former Soundgarden drummer Matt Chamberlain, and the production expertise of Adam Kasper, who has been so instrumental in the success of Foo Fighters, Queens of the Stone Age, early 2000s Pearl Jam, and literally dozens of others.

The writing of the song is primarily a result of a virtual collaboration between the band’s lead singer Cameron Lavi-Jones, and one of his best friends Jon Corn. The two have a long history of writing many songs together, side-by-side, but as a result of the COVID-19 pandemic, they had to improvise and write “Too Late, Too Soon” in its entirety over Zoom. Despite their lack of proximity, the writing process proceeded swimmingly as a result of the chemistry Lavi-Jones and Corn have developed over the years.

Elaborating on the background and meaning behind “Too Late, Too Soon,” Lavi-Jones told us, “For a lot of people right now, myself included, we’ve been stuck at home. Without the distractions of work, friends, or much of anything really, we’ve been left alone with ourselves to look in the mirror and ask ourselves some difficult questions. What have we accomplished? What have we failed at? Is who we are enough? Are we who we want to be and if not, what will it to become who we can be? ‘Too Late Too Soon’ is walking the tightrope of self-accountability and self-destruction by asking, ‘am I enough?’ I can only hope the kind of existential introspection this song inspires pays off in the end for all of us. I am always asking myself, I’ve changed, but into who?”

To add to what Lavi-Jones had to say, King Youngblood bassist Hamoon Milaninia said, “To me, ‘Too Late Too Soon’ signifies the struggle that many artists find themselves in when pursuing a career in the artistic field. On one hand, you want to follow your passion and live a fulfilling life. But on the other hand, it takes a lot of hard work, uncertainty and hard decisions to make it happen. ‘Too Late Too Soon’ exemplifies an artist’s path as he struggles to find where he truly belongs. I can totally relate to this.”

Fueled by the legacy of the golden days of alternative rock, King Youngblood is determined to carry that spirit forward and use it to inspire a whole new generation of rock n’ roll fans. Based in Seattle, arguably the greatest rock city in the world, the band developed out of the idea that melodic rock n’ roll remains a force as one of the most spirited mediums of self-expression.

The group has perhaps no bigger fan than the legendary Kasper himself who has likened Lavi-Jones to Dave Grohl as an artist who not only has wide appeal as a live performer, but can also write a killer tune. That appeal has landed the group opening sets for the likes of Pearl Jam and Naked Giants. With bands as talented and as engaging as King Youngblood, we can feel an air of confidence for the future of alternative rock as a genre that will continue to inspire and arouse the curiously minded. 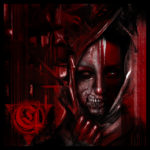 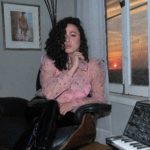