Hidden away in the North-West of England, a place better known for Reality TV stars and footballers, is This Is Turin, a technical blackened death metal quintet who, if you’ve followed the UK underground over the last couple of years, have been making a bit of a name for themselves. Crushingly heavy, the quintet has been shaking the life out of unsuspecting metal crowds across this fair isle since the release of their sensational Cercis debut, and now they’re back and they’re bringing their full armoury to finish the job.

Kicking off what looks like being another shitty year for the music industry, the Northerners have dropped T.U.R.I.N. their new EP. Not messing about, T.U.R.I.N. is thirteen minutes of bowel-pummelling heaviness. Standards are set on opening track “Misery” where the band is joined by Thy Art Is Murder frontman CJ Mcmahon. Mcmahon’s guttural howls sit right at home amidst the TIAM-inspired musical hell these UK heavyweights peddle. Miserably heavy, the combination of technical death metal, black metal and machine-gun blastbeats is an absolute joy to listen to. Slow and punishingly heavy at times then ferocious and unsettling elsewhere, “Absolution” continues the extreme metal onslaught before the thunderous “Excommunicate” brings this EP, and your entire world crashing around you, to one brutal, blastbeat, spew and blood-soaked finale.

Themes of misery, hope, and darkness link the three tracks on this concept EP together with the end result being this unpleasant, savage thirteen-minute assault. Flawlessly delivered, when the band, and vocalist Darryl Jones, in particular, can hold their own alongside someone of the stature of Mcmahon, that should be some indication as to the standards on offer here. In 2015, Cercis battered this band into the heart of the UK extreme metal scene. In 2021, T.U.R.I.N. rightfully sees them returning to claim it as their own. 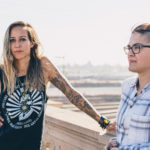 Behind the Video: Tarah Who? Tells Us All There is to Know about the “Manners” Music Video 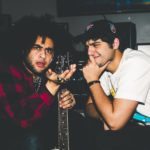