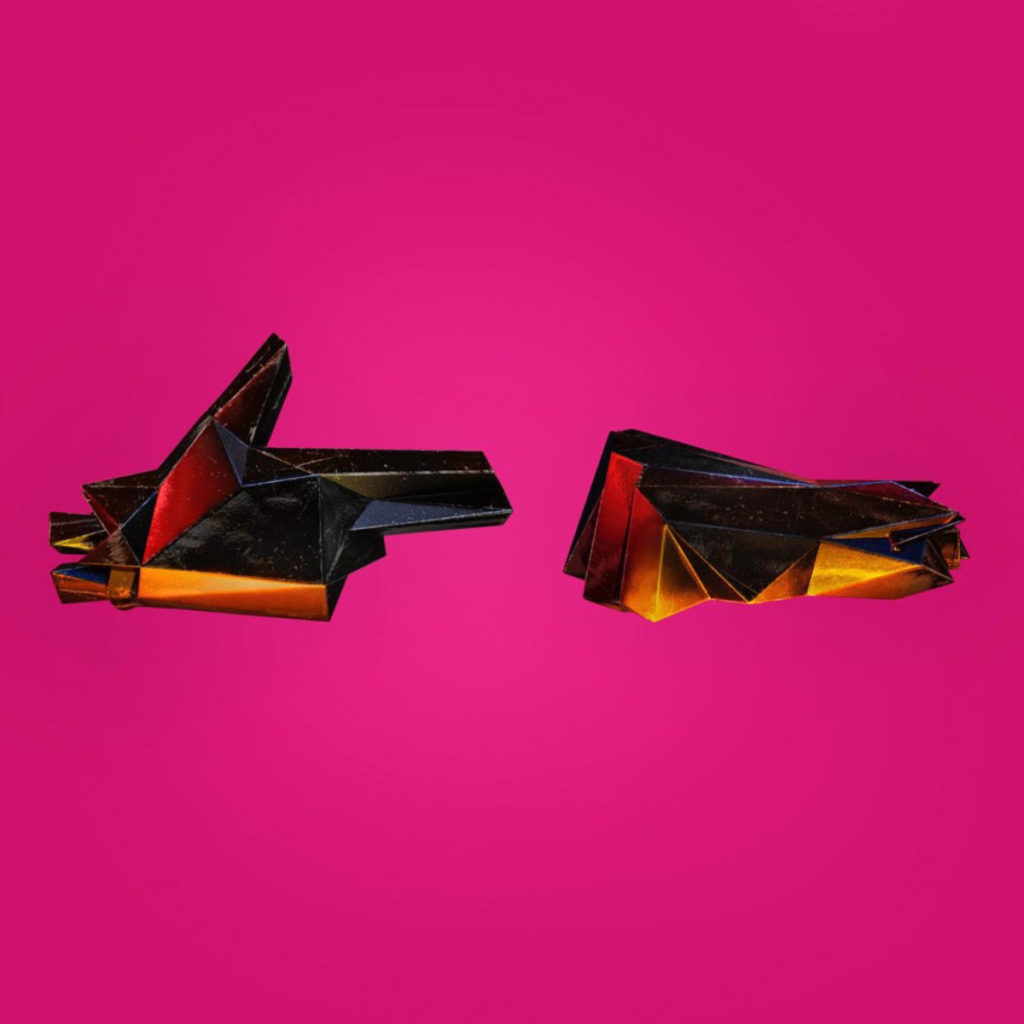 The dynamite duo in Killer Mike and El-P are back – two days early but not a moment too late – with RTJ4, a messianic mutation of a contemporary album that offers hope for us that think most modern music isn’t just dead but zombified and growling for beats… I mean brains. To call Killer Mike and El-P agent provocateurs would be easy, lazy and quite misleading. Agents means there’s an Agency, but these rappers have never been anybody’s lackeys. Provocateurs, however? Fucking A (plus), chaps.

Since Rick and Morty introduced me to Run The Jewels via the chunky vibes and verbal assault of “Oh Mama,” I’ve been hooked. I’m a lover and exponent of “Violent Expression” and this rugged rap duo revel in expressing their myriad messages – their merch is emblazoned with “Kill your masters” and “Don’t get captured” – with violently weaponized words. Wu-Tang Clan, with their infinitely pristine pop culture samples, venomous lyrics and socio-political themes, have always been my favourite rap troupe, and now, after four albums, RTJ proves what I’ve expected since that girthy intro of “Oh Mama” – they stand abreast with the best.

The early singles from RTJ4 were classically cathartic mean-Rap in “yankee & the brave” and the anthemic jig-inducer, “Ooh La La” (ft Greg Nice & DJ Premier) – I thought it would be the anthem of the summer but sadly, a less upbeat but no less boisterous song captures the sad state of our zeitgeist poignantly, (more on that later). “Ooh La La”s’ music video has been the most gleefully proud and pivotal since Childish Gambino’s “This Is America.” The system has fallen and the people have taken to the streets to burn their now-meaningless money in piles that would make Joker jealous. I struggle to think of a music video, let alone Rap music video – a genre renowned for the deification of dollar bills – that treats cash money with such indifference. Women aren’t licking the green bills but setting them alight and dancing in the orange embers.

And then you have the infectious rhythms and their rhyming lyrics breaking down the doors of your memory to take a seat and swing their feet up – If I were a good enough skater, “Ohh La La” would for sure score my skate part. But that really was just the beginning – they’re the first two tracks – to an album that feels almost concept in its overarching themes tackling Racism, Oppression, Equality, Hypocrisy, Democracy, Truth, to name a few, spanning the narrative of eleven songs.

RTJ4 was released two days early with this message:

This was in light of the police brutalizing and subsequently murdering 46-year-old George Floyd who happened to be a black man in White America. Killer Mike’s heart-wrenching but no less profound addressal of Atlanta citizens, following the protests and riots that ignited the US, was just the jab in the eye to RTJ4’s overhand right landing flush on the dribbling jawbone of systemic racism. Ever the syntactic soothsayers able to predict the future – so much so that they were hired to produce “futuristic” music for one of this year’s biggest forthcoming videogames releases, the prosaically detailed and mind-bogglingly vast Cyberpunk 2077 – the musings that follow give proof to their Truth, especially in songs like:

“holy calamafuck”; “And I’m a born and bred in USA who / Chop and screw truth up.”

“goonies vs ET”; “Amazing ain’t it how we made it and didn’t fake it / Life’s a disguise, the truth is butt naked / Used to be a time I’d see it and not say it / Now I understand that woke folk be playing / Ain’t no revolution is televised and digitized / You’ve been hypnotized and twitter-ized by silly guys.”

“Ju$t” (ft Pharrell and Zack De La Rocha), “Look at all these slave masters posin’ on yo dollar.”

“walking in the snow”;  “You so numb you watch the cops choke out a man like me / Until my voice goes from a shriek to a whispered ‘I can’t breathe’ / And you sit there, in house, on couch, and watch it on TV / The most you give’s a Twitter rant and call it a tragedy.”

“Walking in the snow” is the aforementioned song that’ll probably become an anthem to the Black Lives Matter movement and all its loyal followers. Mike’s “I can’t breathe” reference isn’t just a soliloquy for Eric Garner – who was choked to death by a different killer cop back in 2014 – but a prophetic slogan for those same words were uttered by George Floyd as he died on camera too. The level of justified malice toward those keyboard assholes who feign support just to be seen as progressive is on par with that directed at the gods and kings who’ve allowed such oppression of peoples, and suppression of their voices. Ain’t no one silencing Jamie and Mike anytime soon though. And be grateful, as they can shepherd us lions on our way to eat the besuited sheep.

Despite the common assumption that the revolution will be televised (see above), RTJ4 proves the black and white working-class coalescence of Killer Mike and El-P. They have lyricised the new law, beatified the steezy beats (El-P is the Producer), and blasted that shit into the minds of the peoples. Rape the jargon. Rebel the judgement. Raze the jurisprudence. Revel the joy. Roll the joints*. Run The Jewels. This revolution is a revelation.

*This music can give contact highs and, due to all the chaps’ chatter of the need for weed, saw that this article was written under the influence of the ol’ marriage-uana.

Aaron uses words as weapons because he understands that the pen is mightier than the fleshy sword many other white men have written with for time immemorial. He also uses literal weapons as a Black Belt Third Dan Kung-Fu instructor, falls off his skateboard often, denies his working-class rites to explore this pale blue dot, and writes about it all - whether poem, novel, or article - with vehemence. He believes in violent expression, exuberant individualism (he's co-founder/editor of Cape Magazine) and the omnipotence of marijuana.