New York-based author, Mike Edison, announces the availability of an audiobook version of his recent work, Sympathy For The Drummer: Why Charlie Watts Matters. The book is already in leading book stores around the world and the audiobook version is free with an Audible subscription. See the trailer below for some background on the book narrated by Edison himself.

Mike Edison and Charlie Watts. Two men from different eras but related in a literary sense in part to Edison’s fifth and recently published book, Sympathy For The Drummer: Why Charlie Watts Matters. It’s clear that writing about a Rolling Stone takes an understanding of the lifestyle and environment their career has spanned through. Good thing Edison possesses the required background with an extensive career scribing for companies and publications across the fringe and highbrow worlds.

Initially released in 2019 through Backbeat Books, the audiobook version doesn’t regurgitate word for word a homogeneous, monotonic narrative that bores one to tears. To write a book about Charlie Watts means you have to make an audiobook with the same swagger and finesse Watts has played with for five decades, and Edison knows this. To do this, Edison recruits engineer extraordinaire, Jesse Cannon, to co-produce and engineer the feat and enlists notable rock n’ roll journeymen Jon Spencer (Jon Spencer Blues Explosion), Mickey Finn (Boss Hog), and Pete Zaramba (The Fleshtones) to provide the soundtrack to Edison’s storytelling of the Rolling Stones icon. Edison shares his thoughts on the undertaking below.

“I listened to Bruce Springsteen’s audio book and it sounded like he was in sixth grade and telling me what he did on his summer vacation,” says Edison. “It made no sense. It was insulting. The book is so great — why couldn’t he bring the same impact to the audio version where truly, you can do anything? I know some audio products are becoming more fleshed out productions, but the industry norm is to not to rock the boat. Jesse and I are trying to change that.

Working with engineer and co-producer Jesse Cannon (engineer for the Misfits, the Cure, and more) they crafted an audio book that is more performance-based than the industry norm which Edison says ‘usually sounds like someone reading a book report or an infomercial for Ambien.’”

Sympathy For The Drummer: Why Charlie Watts Matters explores the makeup and mystery surrounding a longstanding keystone in the drumming world. Edison’s past literary work includes the blunt history of the old guard of newsstand smut (Dirty! Dirty! Dirty!), his memoir of his unorthodox life path and international travel (I Have Fun Everywhere I Go), a sex-fueled romp in political satire (Bye Bye, Miss American Pie) and the tragic, eyebrow-raising true story of his family (You Are A Complete Disappointment). 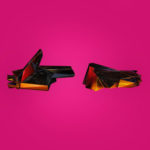 Digging for Mental Wealth: Violent Expression vs. The Plutocracy During Covid-19 Part Two