Times had changed. Music had changed. In the process, the bloated hair band craze had been exterminated. But by 1995, for some, even the current alternative rock movement already was becoming stale. However, the three-piece Portland combo, Everclear, would pump renewed energy onto rock radio airwaves with their sophomore set, Sparkle and Fade — their first to be released globally on the major mega label, Capitol Records.

Produced by founding frontman, singer/songwriter/guitarist, Art Alexakis, Sparkle and Fade felt far less pretentious and predictable than many of the (then) modern-day corporate rock collections. The record sounded uniquely urgent. The songs — fresh and exciting, yet dark and unfiltered — brutally honest and boldly unapologetic accounts of Alexakis’ own conflicted, troubled past — drug addictions, dysfunctional relationships, sexual tension and the desire to escape from, wherever — No one really gives a fuck about us anyway — pure Shakespeare. Fueled by the rock-ribbed fury of co-conspirators, bassist Craig Montoya and drummer Greg Eklund, Sparkle and Fade was the right record at the right time.

“Electra Made Me Blind” set the stage perfectly. The opening guitar ching-a-ling sounds almost playful. Then, nine seconds in comes the aural defibrillator — Yeah! Yeah! Yeah! Yeah! Hang on kids, this ride might get a bit bumpy. Livin’ isn’t a simple thing.

“I used to know a girl. She had two pierced nipples and a black tattoo.” Nope, Everclear clearly wasn’t Warrant. Lots had changed in the last five years. “Heroin Girl” was no slice of “Cherry Pie” and “You Make Me Feel Like a Whore” was no “Unskinny Bop.” And if these two stand-outs didn’t absolutely smack your sack, it probably was time to finally surrender your membership card at Gazzarri’s.

Crisp and crunchy, “Santa Monica” packed irresistible punch and blew up huge at radio. It remains one of the most iconic staples of the ‘90s rock era. Despite continuing cultural enlightenment, interracial romance still was a hot button topic in 1995, and “Heartspark Dollarsign” certainly was compelling, and it served as another of the record’s successful singles.

Unlike the menagerie of one-hit wonders that saturated the ‘90s rock scene, Everclear would go on to enjoy a string of hit songs and several chart-busting albums. However, it can be argued that Sparkle and Fade remains the band’s crown jewel. Still “sparkling” brightly after a quarter-century. 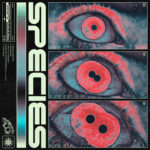 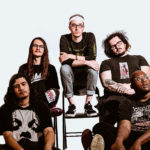