03. Die Ego – “Culto”
– Set to release their new album, Culto, on June 12, 2020, metal newcomers Die Ego have released a video for the title track which you can check out here.

05. Ian Chang – “Zoetrope”
– Ian Chang has shared a new track and video from his debut album, 属 Belonging, which is set for physical release on May 29 via City Slang.

10. Thryant – “Face The Thyrant”
– Spanish metallers Thyrant are out with their brand new single “Face The Thyrant”. This is the first single off their upcoming sophomore album titled Katabasis, due July 17th. 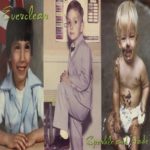