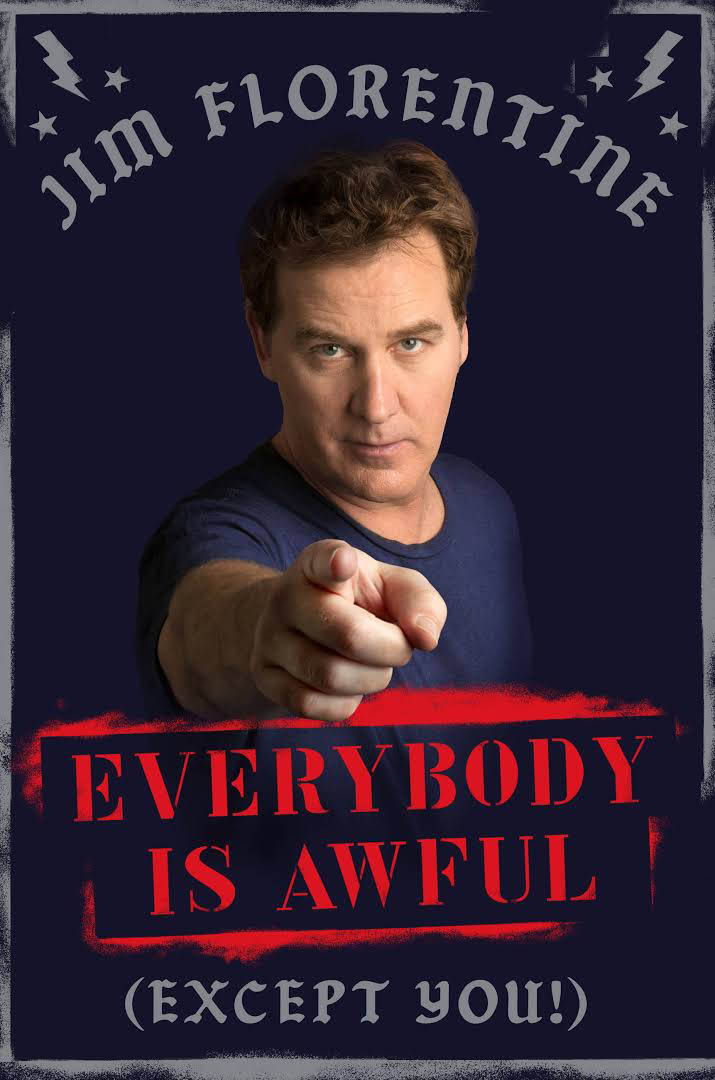 “Everybody Is Awful (Except You!)” by Jim Florentine [Book Review]

Jim Florentine is one of those people who five people may recognize from five different walks of life. Within the comedy world, Florentine is a stand-up comic who often appeared on The Howard Stern Show. Related to his Stern-related appearances, he is well-known for his prank phone calls, which led to his casting on Crank Yankers; that show then led to Eminem inviting him to Michigan. As an actor, Florentine was seen in Louie and Trainwreck. Within the music world, he was one of the hosts of That Metal Show alongside Eddie Trunk and Don Jamieson. Also related to music, Florentine is the host of the popular Comedy Metal Midgets podcast.

On Comedy Metal Midgets, Florentine records solo more often than not. He may play a new hard rock song he is into and plug his upcoming stand-up comics, but the focal point is generally what annoys him. Florentine rants about everything from Facebook etiquette to custom license plates. He avoids political correctness in the name of being honest. Fortunately, Florentine’s new book Everybody Is Awful (Except You!) is an extension of the podcast as the New Jersey-based author tells you how he really feels. The book reads just like Florentine speaks, albeit with better punctuation and formatting, and that is excellent given that Florentine is an Emmy Award-winning writer; full disclosure: his work on Inside The NFL is where the Emmy came from.

If you are a fan of Florentine’s irony-skewering comedy, this book is a guaranteed A+! If you are a non-confrontational, sensitive person who does what they can to blend in and be overly-polite — or at least pretend to be one — then this book is not meant for you, as it mocks people like you. And there is no reason you should be a person like that in this modern era. Kudos to Jim Florentine for telling it like it is, or at the very least, telling you how he feels without worrying about repercussions.

Full disclosure: The advance copy I received did not include the foreword by Jim Norton — another excellent Jersey comic — but I’m sure that is also very funny.