When hardcore punk first began in the ’80s, it carried with it an impudence and aggression that marked it out as the perfect scapegoat for much of society’s ills. For people on the outside, it was an elaboration on an already ugly, possibly evil subculture that begged to have its nose rings yanked out by dashing protagonists. For those on the inside, of course, it was one of the few places where subversion, irreverence, wrath, and political anger could all be channelled into an outlet that would reward both musicians and fans.

Perhaps that’s why instead of dying out like early detractors liked to predict, the genre has gone on to influence mainstream fashion, politics, and, yes, music to this day. And despite the hordes of people who moved on from this way of life into other modes of living, there are still lifers who continue to live the life that hardcore promised, has always promised, its practitioners. Those who follow hardcore’s cornerstones of inspiration, integrity, and insolence (and, you know, playing fast) will be granted its power.

So it makes sense that some of the biggest names in hardcore, those who helped bring about the genre, throughout the waves of irony and popularity and disaffection, who always stayed true, would be able to channel this particular power. It makes sense they would all end up at Jersey Shore, the antithesis of the eponymously titled MTV series that popularized everything insipid about mainstream culture. It makes sense they would write as they used to as kids, and you can hear that on Beach Rats’ debut, Rat Beach. It makes perfect sense that members of The Bouncing Souls, Bad Religion, Minor Threat, Lifetime, and Dag Nasty, when put together in a band and allowed the freedom to write like they once used to, would be a tremendous achievement in channelling all things punk.

What’s wild is there’s no evidence of these members showing any interest in slowing down. Even bands like Metallica suffer their age, but anyone listening to Beach Rats without knowing the band’s credits could be forgiven thinking they were listening to some bratty teens spewing good punk. Opener “Bikes Out!” sets the pace for the album, a breakneck hardcore rhythm that only ever wanes to drive up the intensity, not to pull its punches. As if to prove the point, the following track, “Dress For Sick Sesh,” starts at a mournful pace, only to suddenly kick into full-on force-fed speed. Even the album’s title track, ostensibly the album’s single, stays the speedy course, albeit with swinging interludes that neatly offset any monotony.

As an album, it’s a riveting collection of well-conceived, expertly executed tracks of snotty hardcore punk by lifers who happen to be feeling the need for it lately. As a submission from a group of hardcore vets, it’s a time capsule for anyone who grew up alongside or shortly after them. As a listener, I’m just glad I have something to ride out the rest of the summer before I have to leave the beach. 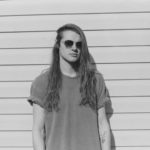 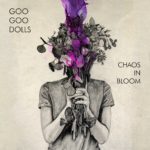