Our old pal Josh Van White is back, and he’s up to his old tricks again. White, a Toronto-area musician, who’s also a highly valued member of the V13 team, is releasing his brand new single today, “Is Love Electric?,” an extension of the more electronic sound that he revealed a couple of years ago with his Other Infinities project and his debut album under that project name, Smaller Than Some.

That album was a significant creative risk for White, as he had previously focused on guitar-based rock n’ roll as part of his band Modest Apollo who released an album titled Postsocial. When he embarked on the project that became Other Infinities, White was used to functioning as part of a band. With Other Infinities, he began to work more independently, which enabled him to be more musically experimental, and he’s carried that approach forward with “Is Love Electric?.”

Today, along with the debut of “Is Love Electric?,” we catch up with White about his new single, his writing process, his forthcoming new album, and bringing the songs to the stage in a live setting.

For those not familiar with your music, can you tell us a little bit about yourselves?

Josh Van White: “I am an indie musician based out of Toronto. I started my music career back in 2018 with my band Modest Apollo. Whereas that music was very rock-oriented, my current catalogue leans more towards pop sensibilities and synthy production you can dance to. The transition of style is marked by my solo album Smaller Than Some, which I released under the name Other Infinities. Since that album, my particular sound has become much clearer to me, and I hope the listener too. Guitar still makes its appearance, but it’s far from the main focus of my work.”

So, as you mention, you’ve released solo music before under a different name; why make the change?

“The biggest reason is, I wanted my music to be more directly linked to me. The name Other Infinities felt right at the time, but after a while, it seemed too much like it was the name of a full band, not just me. The decision went back and forth for a long time and through many variations of my full name before I landed on Josh Van White. I wasn’t sure if I should make the change after releasing an entire LP, but I ultimately think it was the right call. The material I plan on releasing under my own name is a more focused style.” 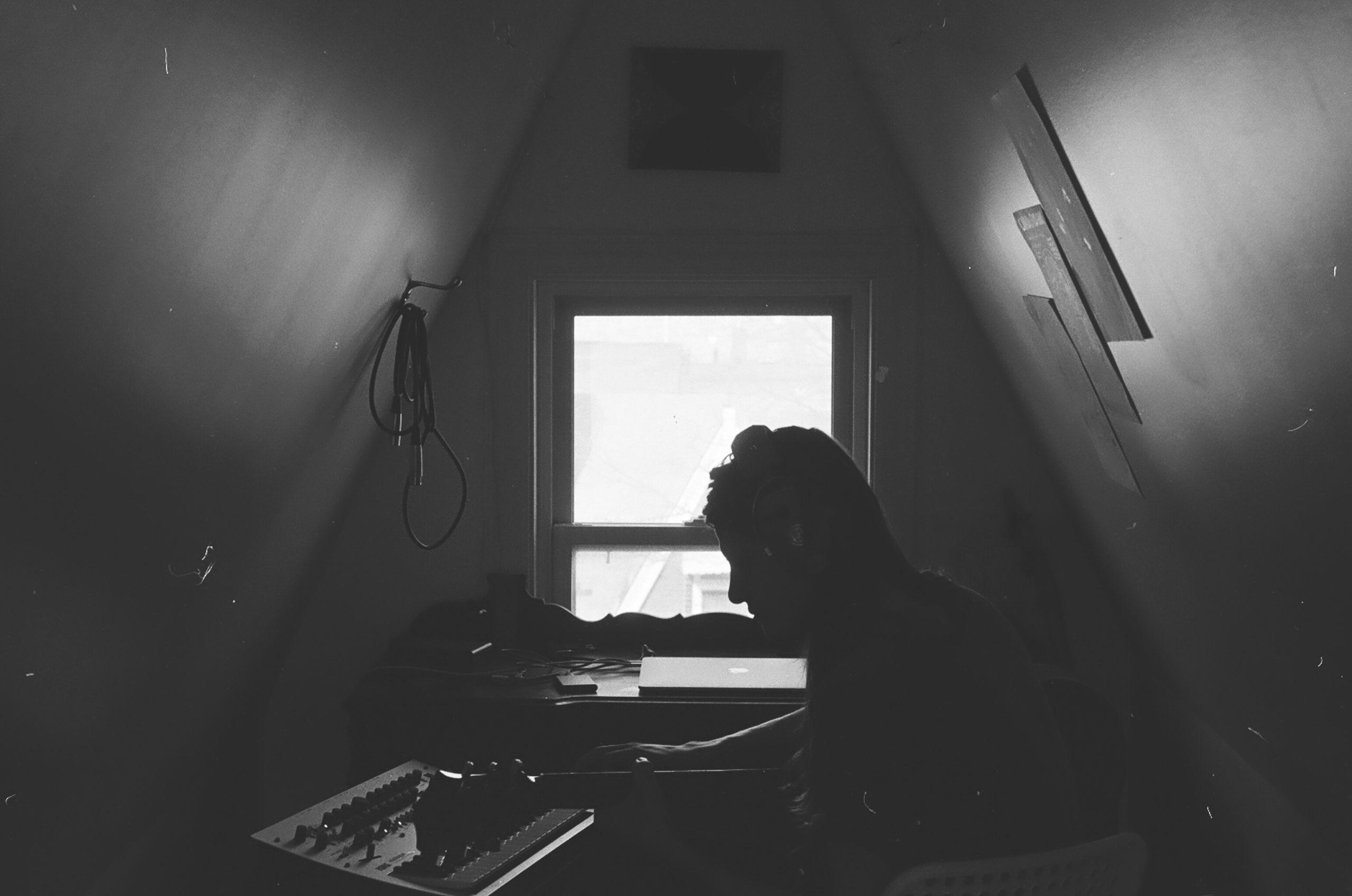 “It depends on the song, really. Sometimes, it begins as a melody in my head; other times, it could be a result of fiddling on the guitar. ‘Is Love Electric?’ in particular, had many iterations. It began as a little love song with a simple strumming pattern. Something almost Oasis-like. As often happens with songwriting for me, I had to take the lyrics through many drafts before I was happy with them. I like love songs by other artists, but when it comes from me, it just doesn’t sit well; it always seems too corny for my liking.

“The final lyrics for this kept the same sentiment but made it less on the nose. It’s more about the electricity you feel in a new relationship and questioning what it ultimately means rather than head-over-heels lovey-dovey stuff. With this new premise in mind, I knew I wanted it to be more upbeat, so I started recording a synth pattern to fit with it and change the mood. Once I have the main structure of the lyrics figured out, the rest of the songwriting happens while recording. To me, playing around with arrangement and synth settings tend to take up the vast majority of the process.”

When recording “Is Love Electric?” did anything strange, wonderful or terrible occur?

“As one might expect, this track came into existence not long after starting a new relationship. In the last year or so, I had written some songs after the end of my previous relationship. They weren’t bad songs, maybe even ones I’ll revisit in the future, but they were too melancholy and dramatic for my liking. ‘Is Love Electric?’ is emotionally the antithesis of the songs I had attempted to write before; the exact kind of song I was hoping to bring me back into the music-making process.”

Can we expect any more singles or an album to follow this release?

“I can’t say if there will be any singles in the near future, but this track is a part of my latest album Pacific Transmission. The rest of the songs are in the final mixing stage. No date I can announce right now, but it shouldn’t be much longer. My perfectionism is the only thing in the way of it being completely finished, so I’m hoping I can come to a place where I am happy letting the world hear it too.”

“Two names come to mind. First is James Murphy of LCD Soundsystem. The way he writes bass grooves and can find the perfect synth sound is unmatched in my mind. However, as much as his music is an influence on mine, my style is never quite as stripped down.

“This is why I would also want to have Dave Fridmann on the team. His work with The Flaming Lips and MGMT is exactly the kind of iconic sound I would want on my record. Fridmann’s discography shows how well he can produce synth-pop as well as guitar-driven hits. I think between those two; I could make a very danceable record that is sonically right where I want it to be.”

Do you have any plans to bring the new song to the stage?

“I really want to; I think this would be a fun one. It’s fairly high-energy, so I think it could be a crowd-pleaser. I’ve put some effort into finding band members and have managed to put a five-piece together, so the next step is teaching them all the parts and actually finding time to rehearse. That’s the difficult part of writing and recording all the parts on my own, having to remember what I did and then figure out how to bring all of it to the stage. I’m hoping to get a gig set up soon, but nothing sorted out as of yet.”

“I do try to have it in the back of my mind when writing and recording, but sometimes it gets out of hand. Some songs I can keep stripped down, and those I can figure out arrangements for a five-piece band or so. Other tracks will definitely take some compromises to translate live, mostly due to too many synths and not enough players. That is a fun part of the challenge, though; figuring out how to keep the same energy and full sound in a live setting with limited instruments. I look forward to trying to put it together with a live band.”

This song is self-released; tell us about your experience going it alone as an artist. How hard is it to get your music distributed, promoted, shared, etc.?

“It’s not news that being an independent artist is tough. In my experience, getting my music distributed to streaming services is easy, but after that is where it gets tricky. I use Amuse to get my music out there and haven’t had any issues. They allow me to schedule my releases, get a pre-save link, and track my streams. Making it onto playlists and shared around social media is the real obstacle. Within my personal circle of friends and family, I can get a decent amount of social shares, but that rarely translates into big streaming numbers. There are services that allow you to submit to playlists, but in my experience, they never amount to much.

“For my upcoming album, I put more care and effort into the sound quality of the tracks. I’m hoping this will resonate with more listeners and pick up traction. The important thing as an artist is to not get discouraged and continue to put out music. As long as you’re making music you like and are proud of, then you’ve done your job; getting popular is just gravy.”

“I feel like the answer to this could constantly be shifting as I wade into different genres and styles, but there are three that I do come back to. First, Sound of Silver by LCD Soundsystem. You can definitely hear the influence of this record in the music I’ve been working on lately; minimal instrumentation, catchy bass grooves, and lots of synthesizers. It also has the song that I cannot shake the feeling that might be my all-time favourite: ‘All My Friends.’

“Next would have to be Paralytic Stalks by of Montreal. Certainly more out-there than the last pick, but great in its own right. It jumps around many different genres and does them very well. Also, ‘Gelid Ascent’ is one of the best album openers in my books.

“Finally, Ladies and Gentlemen We are Floating in Space by Spiritualized. A little Pink Floyd, a bit of Blur, and a splash of jazzed-out horn explosions. This one goes all over the place in the best way. It offers slower, beautiful melodies as well as hard rocking riffs. One of the best albums of the ’90s for sure.” 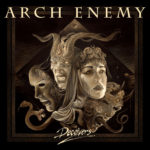 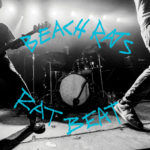