Colorado-based alt-rock outfit No Signal releases the second single, “Embers,” from their forthcoming long player, slated to drop in the fall of 2023. The upcoming album will feature songs produced by triple Grammy-winner David Bottrill.

No Signal explains, “Using wildfires as a metaphor. ‘Embers’ is simply about moving on from the past. Embers are a representation of what you’re trying to move on from, and the fire being the thing that provoked you to do so. The many embers represent many things. They float around you and catch alight the world around and ahead of you as you try to escape that fire. Working to leave them behind as they’re omnipresent in your life.”

More conventional than their previous single, “Jane,” which dropped in September, “Embers” was recorded in the band’s studio in Boulder, Colorado, and mixed by seven-time Grammy-winner Brian Vibberts, displaying No Signal’s versatility and ever-evolving sound.

With millions of streams, appearances on thousands of playlists, and airplay on college radio stations across the U.S., No Signal has been featured on elite media outlets.

Fronted by 20-year-old Riley Schmelzer, No Signal’s genesis occurred when Riley was 14 when he began exploring music, followed by teaching himself to play a variety of instruments. Initially, he tended toward mainstream pop, but his encounter with Tool’s music proved to be a cusp of transition, demonstrating the semiotic potency of music.

There’s a wickedly sophisticated, rippling motion to the harmonics, accentuated by the low-slung, deepening chill suffusing Riley’s voice and the extraordinary guitar solo, which leaves breathing space between the notes rather than elaborating needlessly. 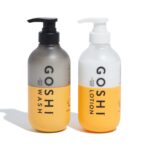 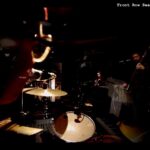