Guided by artistic desire and a true lover of artistry in all of its forms, Robert Lundberg has become a highly regarded photographer and filmmaker lauded for his innovative and versatile documentaries covering the worlds of music, comedy, art, and film. After spending his early years in Massachusetts, Lundberg moved to New York City, where he more actively pursued a full-time career in art and film. Uniquely focused on seeking out the next big artistic challenge, Lundberg chose to pursue one of his most ambitious projects at the beginning of 2020 when he launched his new documentary series entitled Uncontaminated Sound – The Interviews.

As September is about to begin and with a new season upon us, Lundberg returns with an unofficial end-of-summer edition of Uncontaminated Sound. Today’s special guest is Alec Hanley Bemis, the co-founder of the highly successful and highly influential record label Brassland. Bemis founded the imprint in 2001, along with Bryce and Aaron Dessner of the highly successful Cincinnati, Ohio, indie rock band The National. During that time, Brassland has focused on promoting and releasing albums from more unique indie artists, going to great lengths to help its artists but not stifle them and their creativity in pursuing record sales. It tries to preserve the freedom of the indie rock experience while still providing some components of the major label infrastructure in order to help its artists.

Prior to founding Brassland, Bemis was a music writer, journalist, and critic who freelanced for many high-profile publications like The New York Times, The New Yorker, The Los Angeles Times, and LA Weekly. He has also spoken and taught at universities such as The Rhode Island School of Design, New York University, and the School of Visual Arts.

Commenting on his conversation with Bemis, Lundberg says:

“Wow the summer has flown by, and it seems like forever since I recorded this very special conversation, #64 to be exact.

Listeners and viewers may not have heard the name Alec Hanley Bemis per se, but indie music fans certainly know his label Brassland in which he co-founded with members of its most notable act The National.”

I talk with the writer, producer, and curator of mostly musical projects about the business side of running a label, how the label came to be, music, culture, and of course The National. So please enjoy this inside look behind the curtains of a world class indie label.” 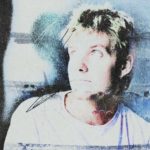 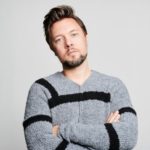