Orchestral pop singer-songwriter Late July, the musical project of Nicole Simone, releases her new single, “Sober,” essentially a letter of support to a friend trying to break free from the chains of substance abuse.

“I wrote sober while watching an ex publicly announce that he was quitting drinking. A week later, he very publicly failed, and I was so disappointed. I think anyone who has been impacted by someone with a substance abuse problem feels the anxiety, hoping the person is going to pull through addiction – and when they don’t – you somehow feel like you’ve completely lost the person. Having a lot of sober people in my life has given me respect for what they go through and knowing all you can do is hope for the best but prepare for the worst. The song was produced by Jessica Taylor, and we used a lot of ’80s synths and it’s like a beachy ’80s prayer.”

“Sober” opens on ghostly, edgy tones flowing into luminous washes of coloration. Late July’s delicate yet deliciously potent and evocative voice imbues the lyrics with passionate timbres, pleading for sobriety from the sidelines.

“You know I want you from the inside, outside / But now I’m waiting on the sidelines … Because it’s not over / So won’t you please get sober.”

Shaded with melancholic textures, the harmonics glide, ripple, and swell with thick emotional leitmotifs, giving the song urgent spectral gesticulations akin to an intercessory prayer melded with a prayer for deliverance.

At once profoundly personal and intimate, “Sober” shivers with pathos, hints of nostalgia, keen hope, and unbridled desire. 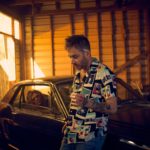 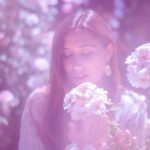