Singer-songwriter Allison Jordan conjures up warmth and nostalgia on her newest release, “Circles.” The track, out July 15, begins with Jordan’s voice backed by a mellow acoustic guitar and stirring piano melody. Drawing listeners in with her soothing vocals and open-ended lyrics, Jordan invites listeners to paint their own pictures and attribute their own memories to “Circles.” As Jordan puts it, the song “feels like a warm summer night.” As she sings, “In the summer, it all seemed clear, my love. That’s enough,” there is an essence of cinematics to the track as if Jordan is reflecting on a montage of memories. The song builds orchestrally, and there’s a sense that these moments Jordan is ruminating on are playing like a vignette in a film. “Songs are my favorite way to capture feelings and memories,” she says.

This memory in particular was from when the pandemic hit, and the world seemed to stop. “When we weren’t able to do much outside our house but at night, I would take to the streets around my house to skate and soak up the night air and the freedom,” she explains. “It felt normal and beautiful during a time that was anything but.” With a grounding beat that keeps the track moving, “Circles” brings a tranquil depth and gratitude to a difficult moment while Jordan’s relatable and comforting tone floats effortlessly over the track’s whimsical production. “The song has always conjured those feelings and images of moonlight and gliding down an empty road on a summer night.” Written in the summer of 2020 and recorded at Noisebox Studios alongside Dave Zimmerman, “Circles” is slated for release on July 15, along with an accompanying music video.

Idaho-born Allison Jordan has been preparing her whole life to embark on this songwriting journey. “I have been singing since I could talk and always loved singing and performing, but I had always thought I couldn’t write music on my own,” she explains. Picking up guitar in college and eventually creating her own chord progressions, it was only a matter of time until she turned to songwriting. A difficult childbirth and a battle with thyroid cancer led to some serious soul-searching, which convinced Jordan to finally take a chance on herself. “It was a difficult and uncertain time, and songwriting really grounded me and gave me a way to express difficult moments and emotions in a beautiful way,” she says. Finding evocative and approachable ways to share the inner workings of her soul, Jordan finds deep comfort in her songwriting, and so do her listeners.

Citing influences like the Lumineers, Lizzy McAlpine and Ingrid Michaelson, it’s no wonder that Jordan’s sound is on par with that same raw and relatable tone. Existing between folk lyrically and indie-pop instrumentally, Jordan doesn’t concern herself too much with being boxed into labels and instead focuses on the task of storytelling. Despite residing in Hawaii now, her mountainous Idaho roots have stuck with her and have carried on in her songwriting. “My home town was very small and rural, with all of the pros and cons that those types of communities inherently have. My dad’s family has lived there for generations and I draw on that history for a lot of my songwriting,” she says. With that as her influence, her music takes on a special kind of tender warmth and gentle passion that has been described as “magical, chill, moving and coffee shop all in one.” 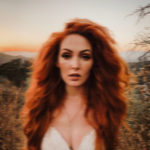 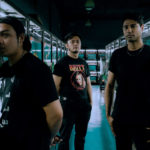