Los Angeles, California-based punkers, The Dollyrots just unveiled a cover of Nirvana’s song, “Breed,” in celebration of the grunge band’s milestone 30th anniversary of the release of their album, Nevermind.

The Dollyrots commented, “Hey Gang! Time for a free song! Today is the 30th Anniversary of Nirvana’s Nevermind, and to celebrate we cut a version of ‘Breed’ for y’all! Super quick and dirty, just as it should be. Literally recorded yesterday on a whim!

“‘Breed’ seemed like the right choice since, you know, it’s essentially a love song about making or not making kids 🙂 Go get it on Bandcamp HERE or by clicking the pic or button below, it’s totally free! Full res WAV, mp3, whatever ya want. There’s tons of other free stuff up there too if you wanna take a peak!” 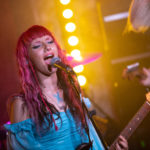 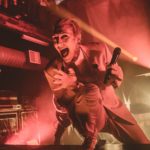