Motionless In White (MIW) took a break from pre-producing their new record to rip through a slew of cities across the U.S. Midwest and East Coast. And their fans gave them a warm welcome by selling out most of the headlining dates. Hardcore act, Dying Wish, played the role of the opener, while Silent Planet, the California metalcore band, held down the second slot. The tour arrived at the Mercury Ballroom in Louisville, Kentucky in early September. This was the first sold-out date with fans lined up down the block early. MIW hasn’t headlined a club tour in two years.

MIW kept busy through the absence of touring by producing two live stream events and releasing three stand-alone singles. “Somebody Told Me,” a remake of The Killers’ hit single, “Creatures X,” and “Timebomb.” Frontman Chris Motionless explained that these singles are meant to bridge the gap to what could be in store for the new record.

The September tour was originally going to feature four bands. Light The Torch dropped off the tour before it got underway. But quick editorial note, you should definitely check their latest album, You Will Be The Death of Me. 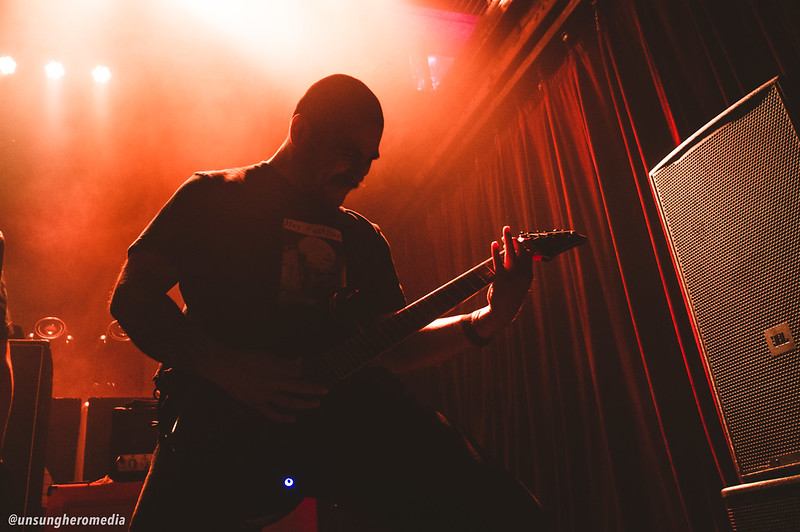 Hailing from Portland, Oregon, Dying Wish got the show going with their own brand of metallic hardcore. Their debut album, Fragments of a Bitter Memory, is set to be released on October 1st and fans had the chance to buy the album early at one of the September shows. Vocalist Emma Boster shouted out Louisville acts Knocked Loose and Greyhaven. She also stated how much the city means to the band. Just two years ago they were playing a packed show at Spinelli’s, a downtown pizza joint and once a Louisville scene staple for hardcore and punk. The Dying Wish set included cuts from their debut and a wall of death in the most pit during one of their monstrous breakdowns.

Silent Planet also has a new album on the horizon. With the arrival of a new single, “Terminal/(liminal),” the band announced their new album is set to drop on November 12th entitled, Iridescent. Between the roars and frantic spoken word verses from lead vocalist Garrett Russell, Silent Planet puts on a show that captivates. With lyrical content that includes topics that range from spirituality, climate change, and mental health. Silent Planet closed with the track “Panic Room.” Russell dedicated the performance to victims of post-traumatic stress disorder.

The anticipation from the MIW faithful continued to build as the headlining set approached. The band dug into their catalogue to pull out some deep cuts that they have rarely played live. Some songs so rare, Chris Motionless needed some lyrics printed out for reference, but insisted that he didn’t need them. Most of the tracks came from their 2019 release, Disguise, but they also worked in all three of their new latest singles. MIW has always put a lot of thought into their onstage looks and stage show. And even with this limited run they still pulled out all the stops. As they took the stage splattered with corpse paint and fake blood. Drummer Vinny Mauro was also playing with a broken finger, although you couldn’t tell the difference.

MIW’s blend of shock rock, metalcore, and gothic styles has produced a dynamic sound and fanbase. They go all-in for their fans and it shows in their live performance as they continue to be one of the scene’s biggest bands.