Welcome to Flight Club… The first rule of Flight Club is that you must appreciate upbeat, emotional, alternative pop-punk. The second rule of Flight Club is, well, you get the idea. The Richmond, Virginia quintet is on fire right now with the release of their debut full-length record, Until The Sun Drowns, that was just issued through Open Your Ears Records.

Like so many other acts have also done, Flight Club took the opportunity afforded by the pandemic to buckle down and focus all of their attention on writing and recording, rather than balancing that with touring. They have also used this time to pair the new songs with music videos that are more engaging than your typical clip. It’s been a productive last couple of years for the group, with a lot of touring of the eastern seaboard and the Midwest in 2019, as well as the late 2019 release of their Recreational Love EP, which they worked on with Four Year Strong’s Alan Day.

Music is great and all, but so is food! With that in mind, we spoke to the band’s bass guitarist Alex Triantafilledes for our latest instalment of Art of The Meal in which we discussed favourite restaurants, favourite chefs, being a picky eater, and of course, the ideal pizza.

Alex Triantafilledes: “Well, our singer Charlie (Mahoney) is vegetarian, but the rest of us don’t really follow any particular diet. (Drummer) Harry (Ellis) tends to eat on the healthier side but Sam and I will eat basically anything from hot wings, to mild wings, to even boneless wings if we absolutely have to.”

“Well, generally we eat absolute garbage for both. Except for when we were in the studio, then our producer only ever really let us eat chipotle and that helped a little. It didn’t last long for us but I hear he still eats there about four to nine times a week.”

“Most of our preparation time is spent checking in on the delivery ETA and then preparing our bodies for battle. There’s a long road ahead and mental and physical preparations go a long way.”

“While we consider ourselves connoisseurs of the wing world, we aren’t very sure how you ‘make’ a chicken wing still.”

“Most of the food we order comes from a place called The Cocky Rooster in Richmond. The amount of sauce options they have really can’t be beat. Other than that, we tend to hang out at Citizen Burger Bar where we shot the wild western music video for ‘Adolescence.’” 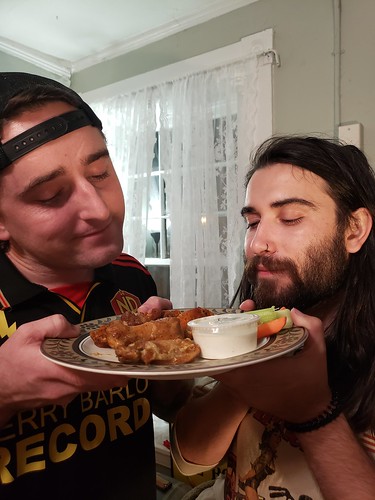 “While we love our fans and appreciate their continued support, we want to make it clear that we NEVER expect any handouts as we pursue this career in musical entertainment. But we’ll always accept gift cards to:

“A couple of us have grown more on the rural side so for holidays we tend to get together with family and barbecue some food. It’s a nice change of pace to throw a couple of flats on the grill instead of tossing and frying them. You really open the options pairing that smoky flavour with different sauces.”

“It’s so hard to choose nowadays, there’s so many different options and everyone loves a good spread at a barbecue. What really changes everything is a variation in your sauces. The last thing you want to do is limit yourself to one or two flavours when you know you’re eating roughly 40 to 60 of those bad boys throughout your day. I love to get a good plate piled high with wings and maybe a few veggies off to the side like celery or carrots for example.”

“I still remember the day. ‘We’re out of traditional for the day, only have boneless left,’ they told us. I couldn’t believe it. Everything we stood for was being questioned. I looked around at my brothers. We knew we’d find ourselves here but it’s never when you expect. Is it worth it? Is any of this worth it? I just… I just don’t know anymore… We felt defeated but we knew what we had to do. We marched in, arms ready, napkins in hand, and rode off into the sunset of the last day we could say we didn’t order a boneless basket of despair.

To this day, I have vowed to never lead my men into such a troubling time again.”

“We’ll try anything once, and by that I really mean anything. However, and this could stir up some controversy, bleu cheese has absolutely no place on my plate ever. That stuff I wouldn’t even give to my enemies. We also just found out we’ve all eaten some sort of pet food in our lives if that counts as ‘less standard.’

“Hot sauce is an absolute must. Charlie usually loves a good mushroom pizza since he’s vegetarian but Sam and I really love a good buffalo chicken pizza. Especially if they can get the nicer cuts of chicken, those nice big ones with the bone in them. You have to make sure your crust has a good structural integrity to it or you’ll be losing those heavy suckers left and right.”

“As I’m sure you have gathered, none of us are quite the established cooks we would like to be. We still have a great interest in cooking, we just… aren’t very good at it. One time, we did mix a couple sauces together and called it our special sauce. I couldn’t tell you what was in it but I will say it is 100 percent not safe to consume by any means.”

“Our favourite by far is Teressa Bellissimo. She is basically the backbone of all we know and love. She is responsible for the light and joy I feel every time I see a plate of lathered up, bone-in, mountain of poultry in front of me. Without her, I am nothing.”

“I’m not sure on the specs yet in the kitchen, but I moved in right next to my favourite wing place because the microwave just wasn’t cutting it. I have no idea what’s inside of the apartment but I can sleep well at night now knowing I’ll be right there to stop them from serving their sweet, saucy wings to anyone but me. They don’t deserve it. They don’t know the ins and outs of a lightly tossed and perfectly seasoned drumstick like I do. They’ll never know. But anyway, I don’t really cook much at home so it’s a pretty minimal set up.”

“I owned about 350 to 400 of them at one point in time I, not very affectionately, refer to as the pyramid scheme summer of 2016. Why do you need one? Please tell me you need one…”

“Fast food has really taken a step down, in my opinion, and I don’t feel like I’m alone in this. The grain line in a chicken nugget now is almost nonexistent. How on earth are you even supposed to separate a wingie dingie from a chicken doogie at this point? I mean, come on, have we lost all integrity? There used to be so much more. There used to be hope. Taco Bell is still pretty good though.”

“Delivery, carryout, black market, online trading, Amazon instant delivery, drone drop off, back alley meetups, or just the old-fashioned dine-in all you can eat; however I can get chicken wings I’m going to eat them. That’s just how it is at the end of the day. That’s where I’m at. Covered in sauces you’ve never even heard of, a wing in one hand, typing these answers with the other. I don’t think I can stop anymore. I don’t know if there’s an end. Maybe there never will be. Stream, Until The Sound Drowns, on July 30th and pass the ranch.” 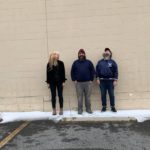 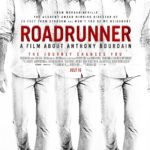