Warning! It’s about to get a little sludgy in here! If you like your hard rock as harsh and abrasive as possible, then you’ve come to the right place with the debut of Boozewa’s brand new music video for “Deb.” The song comes as part of a special two-song 7-inch single release that is coming out tomorrow.

To ensure that the tracks were as jarring as possible, the band recorded and mixed them on a Tascam 4-track cassette recorder earlier this year, along with Tad’s Tad Doyle, one of the early innovators of the Seattle grunge movement. The Tascam 4-track is something of a relic these days, with the recorder a rather difficult find on the open market. “Deb” is a rather dark and gloomy affair, with beautifully distorted guitars that will have you hanging on every note. The release of the song follows up the release of their debut demo “First Contact,” which dropped back in February.

Commenting on “Deb” and working with Tad Doyle, the band said, “By the end of 2020 we had written roughly 20 songs and with ‘Deb’ I think we really started to settle into what I guess you could say is our ‘sound.’ It’s off, it’s catchy, it’s heavy, it’s Boozewa. We recorded the tune on the four-track cassette machine again, and this time sent it off to Tad Doyle (Tad/Witch Ape Studio) for mastering. If there’s a light in the dark year that was 2020 it was definitely getting to work with someone I’ve been a giant fan of for the better part of the last 20 years, that being Tad!”

Regarding the music video, they added, “The video is a dream I had. Frame for frame, it’s the vision I dreamt. The hunter has become the hunted. I’m blown away with how it turned out, and I can’t wait to share it with the world!”

Formed just last summer, Boozewa features members of the highly regarded stoner/doom metal band Backwoods Payback. Musically, they are focused on being both heavy and unconventional. With their unusual recording methods, they try to give their songs a vintage touch that has a dynamic, atmospheric quality to it. The trio decided to start the band while they were holed up inside last year during lockdown and were frankly growing increasingly bored by the day. They directed all of that pent-up energy and aggression into their music, which may be part of the reason their songs have a brooding quality to them.

With their offbeat approach to songwriting and recording, the world of hard rock and metal could use some more bands like Boozewa to shake things up a little bit. 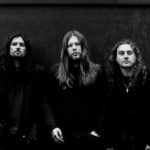 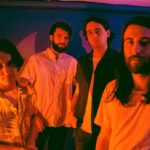