With us in an extended period of yearning for live music, The Blue Stones are doing what they can to help, with the recent release of their “Live On Display” performance video. On October 15th, the band shared the four-song performance video that’s not just some sitting in your living room production, but a full on-stage show that was filmed at the Hamilton, Ontario antique shop Smash Salvage.

The production is truly unique, as it follows both singer and guitarist Tarek Jafar and drummer Justin Tessier as they play in different parts of the store throughout the performance, accompanied by fog and strobe lights. “Live On Display” was filmed and directed by Tarek’s brother, Sameer Jafar, who has helped the guys put out something truly memorable at a time when we have no access to seeing musicians perform live in the flesh. The lockdown really started to get to Jafar and Tessier which precipitated the idea to create an inventive performance.

With The Blues Stones doing their best to satisfy us musically, we caught up with both Jafar and Tessier for our latest edition of Art of The Meal. We talked about their lifestyles when it comes to food and nutrition, their favourite things to eat, and of course, their favourite fast-food restaurants.

Tarek Jafar: “Not particularly. I was very into keto a while back and after a while I just adopted the low carb lifestyle for good. Doesn’t mean that I don’t enjoy a nice plate of pasta every once in a while. I do intermittently fast though.”

Justin Tessier: “Not strictly. I don’t usually eat breakfast, and I’ll stick to the same lunch for four to six months in a row. Right now, it’s a steak and spinach salad with red onion and a sriracha ‘vinaigrette’ (just equal parts by weight olive oil and sriracha sauce), sesame seeds and S&P. Dinner is where I like to have fun and rarely have the same dish twice in a two-week period.”

Jafar: “Justin and I are pretty similar in that even when we’re on the road, we’re trying to eat healthy and prepare our own meals when possible. However, that isn’t always possible. So, it does have to go via the fast-food route. But we’ve found our favourites and stick to them for the consistency. (Thanks Chipotle).”

Tessier: “Greens are the hardest thing to stay on top of on the road. If I go a few days without a good source of vegetables, I feel lethargic and sluggish which is a nightmare in the go-go-go scenario of a tour. Whole Foods salad bar or green smoothie joints are the best way to get those quick and easy nutrients needed to sustain a tour.”

Jafar: “At home I’d say It’s 75 percent home cooked and 25 percent take out or restaurant. Justin is more of a cook than I am, though. That being said, I think he’d agree that I can make a mean butter chicken.”

Tessier: “Tarek’s butter chicken is legendary. Like I said earlier, I love to experiment with new recipes. I really only eat out one night a week, max. I get a lot of recipes from YouTube, Adam Ragusea and Mike Greenfield (Pro Home Cooks) being two of my favourite channels lately. I constantly toy with opening a pop-up-only food counter with a rotating menu based on whatever I feel like cooking that week.”

Jafar: “Windsor is known for Italian and Middle Eastern food. I’d have to go with Fratellis for Italian, and Mazaar for Middle Eastern. Apart from that, there’s this awesome taco spot called Grand Cantina run by a good friend of ours, and a vegetarian/vegan place called Healthy Mama that whips up some insanely good food.”

Tessier: “Kingston has more restaurants per capita than any city in Canada, and the second-most in North America, behind New Orleans… so we have a great food scene. Some of my favourites are Tango Nuevo for tapas, Amadeus for German, Greco’s for Greek, and Red House for gastropub delights.”

Jafar: “Tough question for sure. I think I’d have to go with Los Angeles mainly because of the Mexican food. Also, being a seafood fanatic, I know I can get the freshest sushi, poke and other seafood delights on the west coast.”

Tessier: “Vancouver has a ton of great places, owed a lot to the multicultural heritage in the city. Like Tarek, I feel like the sushi/seafood is always top-notch out there, but there’s a lot of great Chinese and South East Asian restaurants, top quality cocktail spots and great North American cuisine, too.”

Jafar: “Charcuterie board (which for some reason means sliced deli turkey and cracker barrel cheese packages to a lot of venues (laughs)), hummus, veggie tray, Cliff bars and apples. We also request a prepared hot meal whenever possible. Some of the home-cooked meals offered in European venues were out of this world.”

Tessier: “I’m easy. PBR would make me just as happy as a quality Burgundy Pinot Noir. Food wise, something that’s near and dear to your region or culture means a lot, too. I had a Hungarian fan hook me up with some local beers, spices and food items from his region and I thought it was so cool to get a crash course in the local culture through food and drink. It was near the end of the tour, so it was nice to bring those home and incorporate them into my own cooking.” 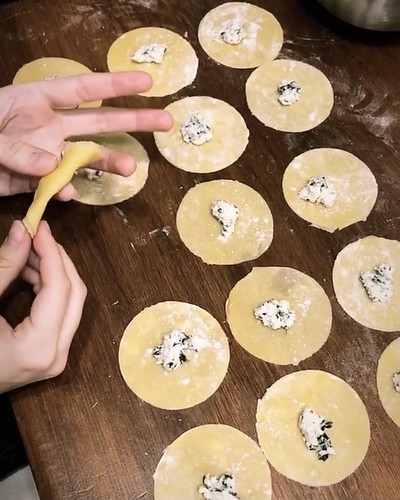 Jafar: “The idea for ‘Let it Ride’ was conceived at a bachelor party in Vegas. We were out on the town. That’s about all I can say without completely debasing myself.”

Jafar: “I miss that. Probably two months ago now. Marinated jerk chicken on the grill. Drooling just thinking about that.”

Tessier: “Yesterday. The grill is my go-to for meats year-round. I use it every other day to make the steak for my lunch salad, one strip loin gets me two lunch portions. I experimented with wood chips in the summer to make some smoked chicken thighs, but I couldn’t get the temperature just right, it was either burning too quickly or not smoking at all. Might try again next summer.”

Tessier: “Ribs always. I’ve loved ribs ever since I was a kid. And I like ‘em all ways, sauced, dry rub, smoked, whatever.”

Jafar: “Not really. I’ve always been very flexible with what I eat, or try. Sometimes to a fault (I’ve eaten a lot of shitty experiments). One thing I for sure don’t like though is cilantro. Get that away from me.”

Tessier: “Sort of. I remember being averse to new foods as a kid, but a few of my friends in late elementary and early high school made me try new stuff just to see the grossed out and weird faces I’d make. Eventually, I learned that a lot of the best foods in life are acquired tastes and there’s basically nothing I won’t eat anymore.”

Jafar: “I’ve eaten intestine, stomach, and tongue of lamb before. It was actually good. Don’t judge me.”

Tessier: “I feel like I’ve had insect protein powder candy before, but I’m not sure… to be honest, I haven’t really had too much opportunity to try strange food, unfortunately. I love ‘less standard’ foods if not just for the novelty. I think the last new dish I had that I really didn’t like was gunkan maki, I was just so surprised by the strength of the roe and barely swallowed it.”

Jafar: “I can confidently say that it was when Justin and I moved into the apartment we lived in together back in university. That’s when I had the chance to grow and learn as an amateur chef.”

Tessier: “I worked as a server at an incredible restaurant in Windsor called The Cook’s Shop. It was run by the most charming, hospitable Italian man, Lino Catroppa. He taught me a lot about hospitality and the art of food and drink. The food was mind-blowingly amazing and trying to replicate the recipes at home got me interested in all of the subtle differences between a good and great dish. Apparently, after almost 40 years of being in business, Lino decided to sell the restaurant, and I haven’t been able to try it yet to see if anything has changes.”

Tessier: “Gordon all the way. I don’t watch any of the reality shows, just his recipe breakdowns. His Master Class was incredible. He has such a passion for food and I really admire how he made it his mission to understand and best use every ingredient on earth.”

What sort of cooking setup do you have at home?

Jafar: “Gas range. Mix of stainless steel and copper cookware. I don’t have a barbecue for the new place yet but that’s coming next summer.”

Tessier: “Electric range, stove, Instant Pot SV, barbecue. The cast-iron pan gets a lot of use in my kitchen. I haven’t really wanted for much more. The only other things I’d love to have are a KitchenAid stand mixer and an ‘air fryer.’ I don’t love that marketing term but a small-ish countertop convection oven would be handy for certain things. KitchenAid, if you’re looking for more content, let’s talk.”

Tessier: “Yes, I did have one when Tarek and I were roommates in university. I think I used it two or three times.”

What is your favourite fast food chain restaurant?

Jafar: “I’d have to go with Chipotle on this one. I think Justin would agree. But, if I’m cheating on Chipotle with something, it’s a quarter-pounder from McDonalds.”

Tessier: “Arby’s is super underrated. When T and I have been driving long enough that we don’t care about making healthy decisions, we usually end up with a bunch of beef n cheddar wrappers and curly fries boxes in the back of the van.”

Jafar: “In store. I’m the guy feeling up all the produce and slapping the watermelons. I don’t really trust anyone to choose it for me anyway.”

Tessier: “In-store. I tried the click and collect stuff where you order ahead of time and they bring your order to your car outside the store, but the produce sucked and they didn’t substitute the right stuff for me. Plus, I love going to Costco. 1.50 dollar hot dog, plus fountain drink all the way. Costco is low-key the best spot for hangover food… the poutine is pretty good, cheap pizza and hot dogs, chicken nuggets are good anywhere you go and you spend like six dollars.”