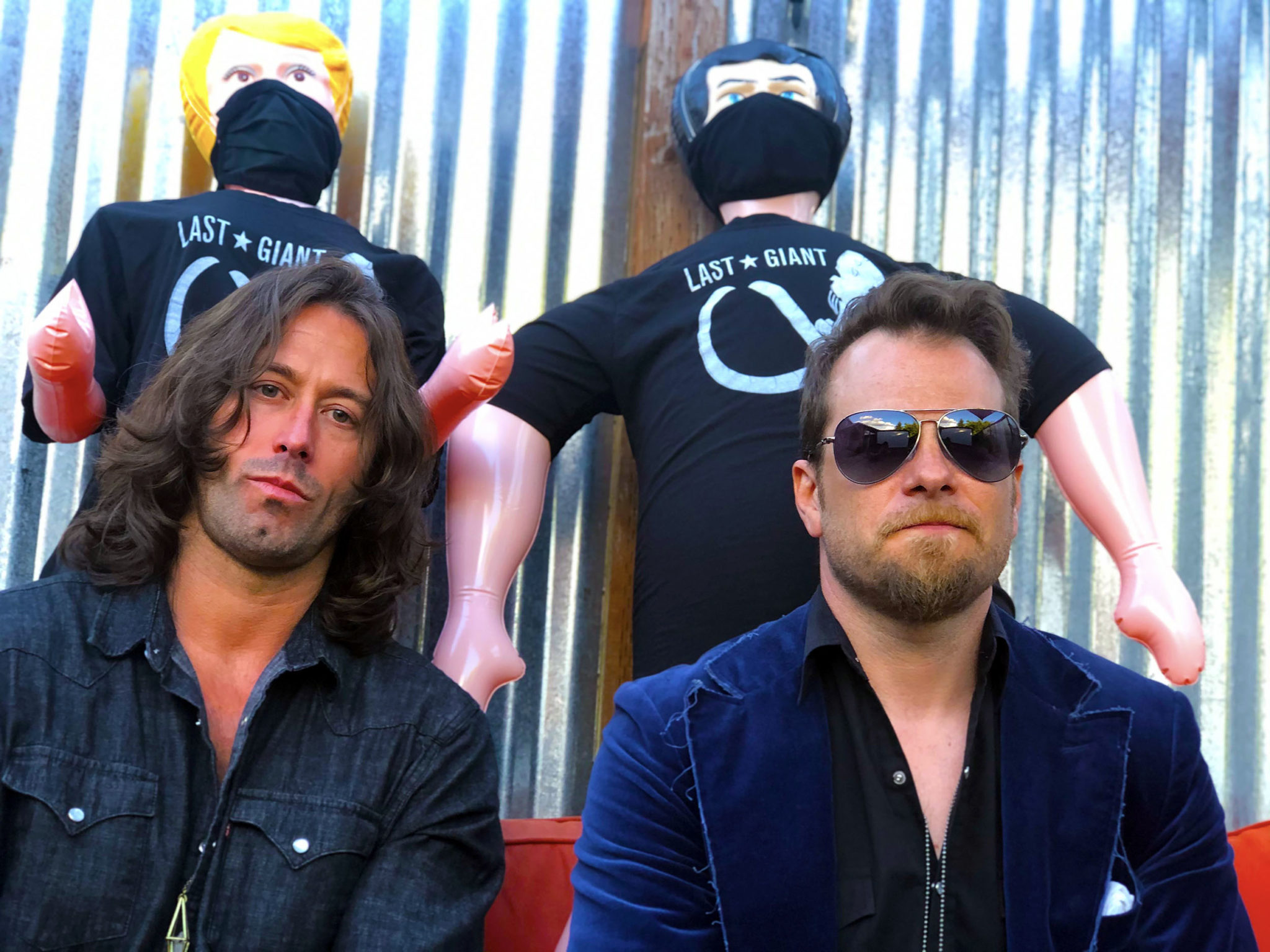 If the end sounds this good, then let it begin already… Rock n’ rollers Last Giant are preparing to unload their brand new album, Let The End Begin, on October 2nd and, in the meantime, have offered us a stunning preview with the release of their new single “Idiology.” With their third full-length offering, the Portland, Oregon duo drops an energetic, hard-rocking shellacking on you, highlighted by heavy grooves, piercing guitars, pounding drums, and melodies meant for arena rock performances.

“Idiology” is a bit of a throwback to the rock of the early ‘70s that was renowned for its use of blues and psychedelia in creating a truly vintage sound that we all look back on as one of greatest eras of popular music. As the follow up to 2017’s Memory of The World, Let The End Begin is a bigger and bolder record that stands out amongst the waves of contemporary, average, everyday radio rock.

“Idiology” comes as something of a bonus offering on Let the End Begin, with the song being a late addition to the final track-listing. Explaining the background behind the track, lead singer, guitarist, and bassist Ryan Heise said, “We had the album off to mix and thought it was a completed record in regards to the songs. The night after we had submitted for mixing I had a dream and heard the chorus of ‘Idiology.’ I woke up and grabbed a guitar and the entire song was there. We knew it had to be on the record after demoing it and the lyrical content fit into place. We had the song recorded within the week, sent it off and made the deadline to be included on the record. It’s one of my faves now.”

As a record, Let The End Begin will dive further into the region of political commentary, a subject matter that Heise began to take more seriously in writing Memory of The World. Written and recorded in isolation during the COVID-19 pandemic, the album is heavily influenced by the conditions in which it was composed. The fractured state of the current political climate and the growing social unrest in the United States are issues that really hit home for both Heise and his partner in crime drummer Matt Wiles as they spent the last few months trying as hard as they could to really capture the essence of the current times in which we live. Some of the most prevalent themes laced throughout the album include contemporary politics, sex, isolation, love, and loss, all topics that have helped define the year 2020 thus far. Behind these profound words is an avalanche of riffs, hooks, and pounding drums that pay homage to Led Zeppelin, Thin Lizzy, The Stooges, and even John Coltrane, and Curtis Mayfield.

Let The End Begin promises to be a landmark release for Last Giant, illustrating a musical evolution and sincerity that extends far beyond the band’s first two impressive offerings.