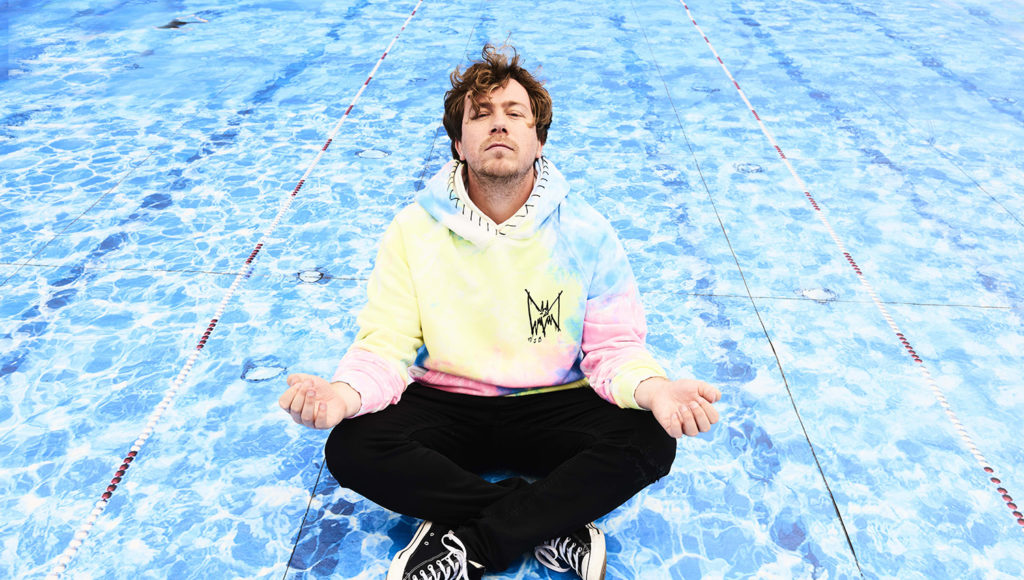 He’s played in one of the UK’s biggest pop-punk bands Busted and has written songs with some of the biggest names in pop (5 Seconds of Summer, The Vamps, Backstreet Boys). Now, James Bourne is about to release his debut solo album, Safe Journey Home, on October 23, 2020. Following the release of the first single, “Everyone Is My Friend”, V13 had a quick chat with James to find out how life is for him at the moment.

Thanks for your time James. Your solo single is now out, how does it feel?
James: “The reaction has been amazing and all I was thinking going into the release was “Can we hurry up now”.

The single is the first taste of your solo album, what can we expect from the rest of the album?

“Each song has its own vibe so expect different things from each song.”

What was it like being a songwriter for youself?

“I’d say I’m more connected with myself so my songs benefit from that. I’ve learned that I’d rather just write for myself. Having said that I’ve had some amazing experiences writing with and for others. Unforgettable times.”

What are your plans once the record is out? Regulations permitting, can we expect to see you take the album out on tour?

Going forward, is this album a one-off or have you thought about it long-term?

“I don’t like to think too long term. It’s not a one-off though.”

How will you fit this in around your other bands and songwriting work?

“For the foreseeable future, my bands and songwriting work will fit around this.”

What is the one thing about this album are you most excited about fans hearing?

“I like my singing on this album, it’s a bit different to music I’ve made before. I’m excited to share it!”

Finally, thanks for your time and good luck with the album. Just to finish how would you sum up 2020 for James Bourne?

“Thank you. It’s been a year of change and adaptation. I feel like I’m in a good place!”

Safe Journey Home is out on October 23, 2020 and you can pre-order your copy here.