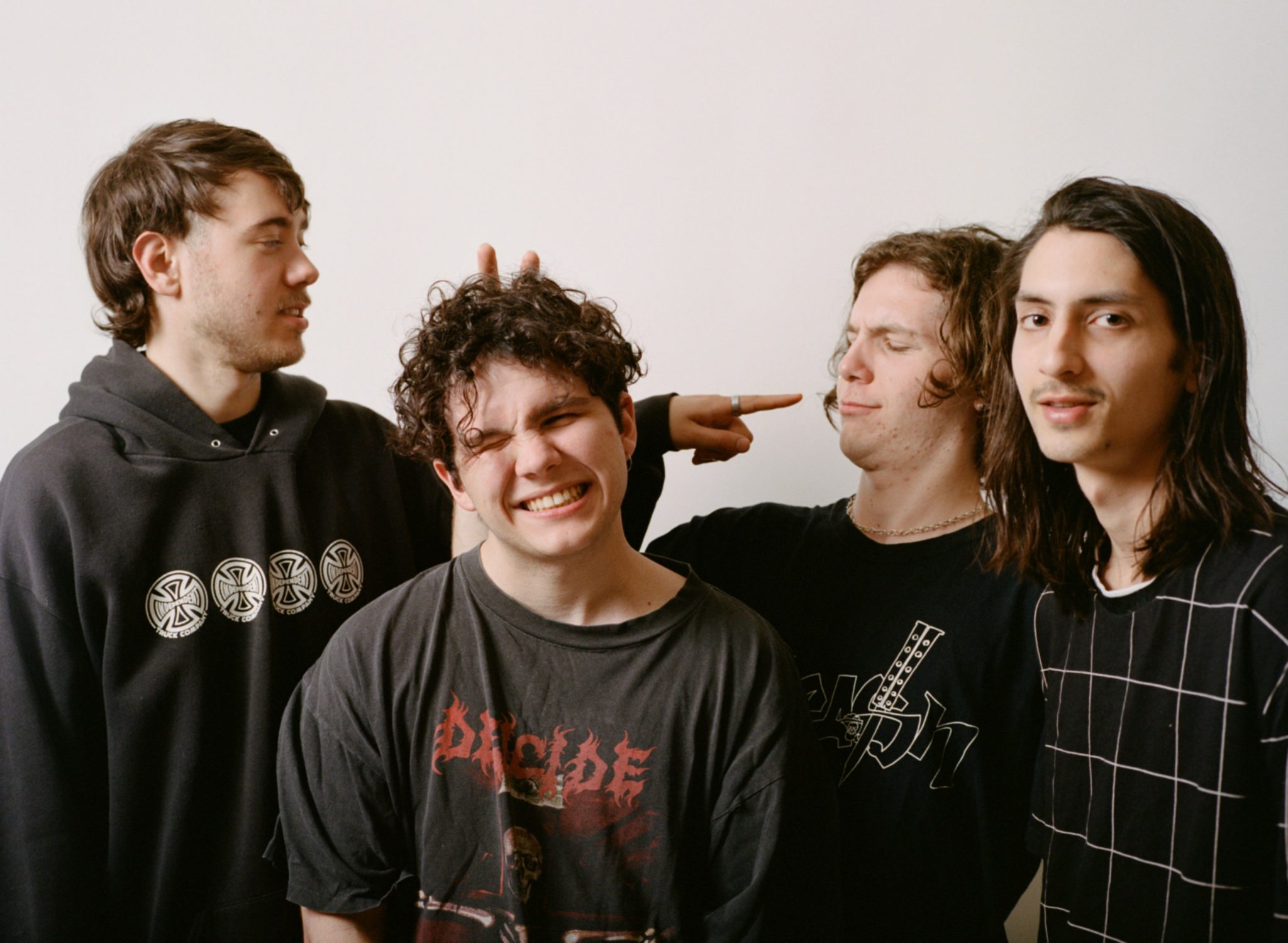 Chomping bubblegum at breakneck speeds, Sydney’s Ride for Rain deliver their uber-accessible brand of skate-punk with polished pop sensibilities and infectious verve. Since their 2017 debut album, Life’s a Beach, Ride for Rain has continued to fine-tune their sound while maintaining a healthy dose of petulant vibes. Their newest release, the five-track EP, Never Magenta, sees the young quartet going full turn-of-the-century-New Found Glory with streamlined riffs, slick palm-muting, and smooth vocals, but in the occasional scream and aesthetic choice – hello, Choking Victim t-shirt – you can hear the faint hint of something a little nastier and darker at the band’s core.

Helping to toast their alternative side, Ride for Rain take a break from their music and join us for this Top 10 to lend some wisdom on their other favourite subject: skating. Helping you plan your next Sydney skate odyssey, Ride for Rain’s bass player, Liam, gives an insider look into the best skate parks in Australia’s most populous city – plus one from nearby Tasmania. Enjoy the scoop and get working on those kickflip skills!

“Throwing it at the top cause that’s where Dylan and I learned to skate. Not much there, just a couple quarterpipes and a fun box, we returned there not long ago and they added a box and rail.”

“Dream skatepark that’s perfectly set up for lines. The small bowl is fun to shred, and, if you’re game enough, there’s the mega halfpipe. It can get pretty packed, so it’s best to go during the weekdays.”

“Small, but a fun local of mine; they pretty much reconstructed it with smoother concrete and added some new things. It’s got what you need to last the day, mainly transition.”

“This park is something different, not your typical park layout and the huge pool is fun. Some ramps are pretty bunched up, but once you learn the flow it doesn’t matter. It’s also right on the beach, which is a bonus.”

“Haven’t been here in a while but it’s heaps of fun. It has huge transitions, which is good if you’re into that.”

“Another small local that’s got pretty much everything to learn new stuff from. Kinda like a mini version of Mona Vale with some good lines.”

“Pretty much anything you can dream of doing can be done there. It’s like a Tony Hawk’s Pro Skater map. It also has a foam pit which is fun. Only bad thing is that there’s an entry fee.”

“Haven’t been here in a few years but the main reason I’m putting it on the list is cause me & Dyl skated there every time we went to Tassie to visit family, so it deserves a shoutout. It’s your standard park.”

“Sweet street park. They added more to the halfpipe, in case you get bored of grinds and flat ground. I would’ve put it higher but I don’t skate as much street now.”

“Pretty similar to Waterloo, awesome street plaza if that’s your style. It’s got some pretty wacky things to be creative on. It doesn’t have any transition, so it’s at the bottom.”