From pandemics to climate change to economic disparity, the planet is in meltdown and, as South London based collective Slovo state, we need music more than ever.

“In 1976 the founders of Rock Against Racism declared ‘We need Crisis music. Now music. Music that knows who the real enemy is’. I believe the same is true today.”

‘Enough’ is our assessment of the world as we enter the third decade of the twentieth century: Pandemics, climate catastrophe, war, and economic disparity on a scale unimaginable to previous generations. Enough Is Enough. Slovo exists to contribute to a movement capable of changing the world. This song is our mission statement.”

Featuring Italian singer Barbara Pugliese, former Faithless guitarist Dave Randall, Idris Rahman (saxophones) and Robin Hopcraft (trumpet), Slovo have confirmed that all profits from sales and streaming will go to Friends of the Earth and the Stop The War Coalition.

Ahead of the release of the new video, V13 spoke to Dave from the collective to find out more about the inspiration behind the song and more.

You describe “Enough” as your mission statement. Was there as a specific event which inspired the song?

Dave: “Not a single event but rather a recognition that the current economic system has created the possibility of human extinction via three means: nuclear war, pandemics and climate catastrophe. It’s time to demand better political leadership and a new approach to organising society. We need to learn how to live in harmony with one another and with the planet. For us, that means some sort of democratic socialism, fit for the 21st century. We no longer have time to waste. Enough is Enough.”

How heartbreaking/frustrating is it that, given people need music more than ever, the whole industry is slowly being wiped out?

“I’m not sure that it’s true that the whole industry is being wiped out. As with every crisis it is the smaller fish – the independent artists and grassroots venues and their staff – who are being hardest hit, while revenue continues to roll into the big corporate music companies. I think we need to demand a redistribution of wealth within the music industry to help the smaller fish and to secure the long term health of live music and music education at the grassroots. We cannot allow those things to be wiped out.”

You talk about Slovo contributing to changing the world, do you see Slovo as a political group?

“Yes – Slovo has always explored political themes in our music, and whenever possible we support progressive campaigns such as Black Lives Matter, XR (Extinction Rebellion) and the Stop The War Coalition. It’s part of who we are. But we have some love songs too! We try to touch upon the human experience in its totality – but yes – a big part of that is grappling with the state of the world and asking what can be done to improve it.”

Have you been involved in any protesting in recent months in your local areas?

“Yes – both Barbarella and I have attended Black Lives Matter protests in London. I have also campaigned in solidarity with Palestinians. There has been a brutal bombardment of Gaza by Israel in recent days and too few people are talking about it. I’m proud to be a patron of the Palestine Solidarity Campaign.”

When life starts to return to some kind of normality, what do you hope people will have learned from the last six months?

“That things can change quite radically in quite a short space of time. I hope that knowledge invites people to ask: if the world can change, how do we want the world to be different? I also hope we remember that the vast majority of people responded to a completely unprecedented and quite scary situation with calm, empathy and solidarity. We rightly identified key workers as the real heroes in society and learned that the current government is completely incompetent.”

What do you feel you have learned from your experiences of the last six months?

“The last six months have underlined how lucky I am to be in a great relationship in a great neighbourhood. My heart goes out to those who have been lockdown in abusive situations or who have felt the loneliness of isolation. In the grand scheme of things I am very fortunate. I knew that already, but the last six months has been a reminder.”

In terms of the future of Slovo, what can we expect from you and how much of your future material will be directly inspired by the last six months?

“There are two tracks on the new album that were recorded, or at least finished, during lockdown: ‘Angell Town Lockdown’ and ‘Rocco’s Lullaby’. Also, the video for ‘Woman On The Edge Of Time’ was filmed on phones during lockdown. So lockdown has certainly shaped the new album. As for future material – probably not so much. I’m pleased we have in some way documented and commented on this strange moment, but now it’s time to look ahead with hope.”

“Enough” is taken from Slovo’s third album, Bread & Butterflies, which is available now and can be picked up here. 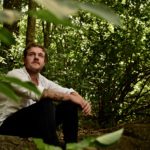 With Soul and Sincerity, Sheldon Hunt is “Here To Stay” [Song Premiere] 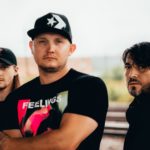 Do the Right Thing and Stream Lost In Silence’s New Single, “The Witness” [Premiere]