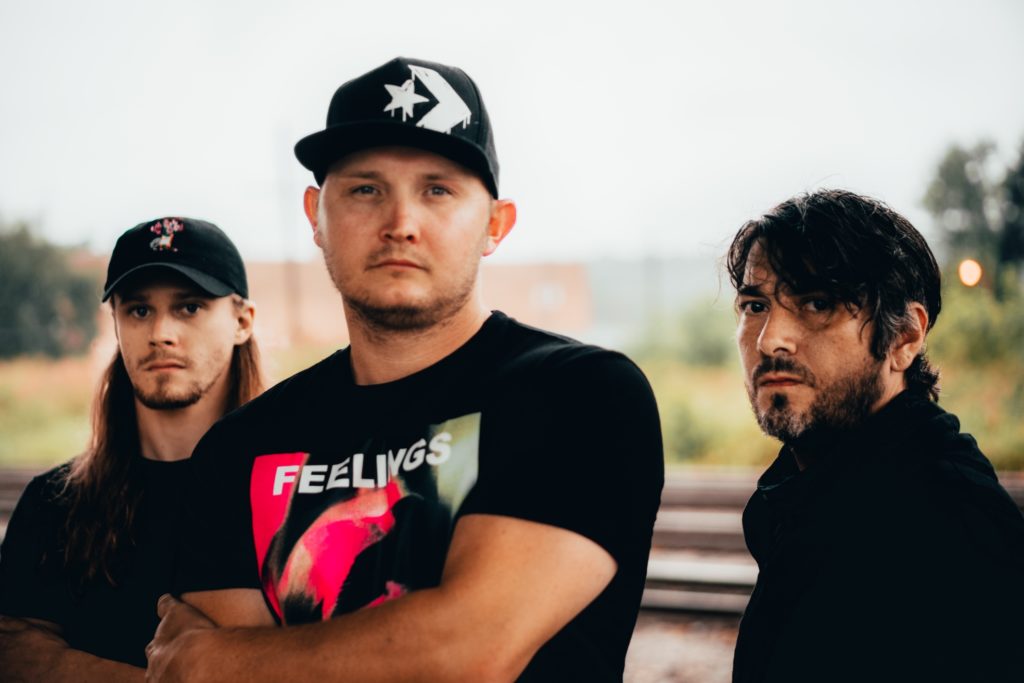 Do the Right Thing and Stream Lost In Silence’s New Single, “The Witness” [Premiere]

Lost In Silence brings back a lot of memories… Good memories, of a time when heavy active rock ruled the roost of the rock n’ roll genre. This extremely likable trio is back with their brand new single, “The Witness,” a song that may remind you of the early 2000s when Ozzfest was at its peak of popularity and influence, and hard rock bands were becoming so popular that they were even being played on top 40 pop radio stations.

This track is instantly addictive, with an arena-sized sound that is both melodic and aggressive. You’ll also notice some metalcore influences throughout this impressive new tune along with some electronic elements that make this a well-rounded representation of what Lost In Silence is all about.

Commenting on the new single, lead singer and guitarist Les Ford said, “The Witness’ was written about the betrayal of people who you once trusted. It’s a battle between what’s right and what’s wrong. Its ultimately written for listeners to see that they have a choice to do the right thing. To never turn your back on a friend or loved one.”

Along with Ford, the band is rounded out by bassist David Athon, and drummer Alex Keys. The Tennessee-based group formed in 2016 and since then have become highly regarded for their live performances which has been recognized by several national acts such as Pop Evil, Trapt, Red Sun Rising, and Lacey Sturm of Flyleaf who have all taken Lost In Silence out on the road with them. Upon forming, they quickly began building a fan base throughout Eastern Tennessee which has now spread around the surrounding area. Their debut EP Parallax was released in 2017, a collection of songs they recorded with Brett Hestla (Framing Hanley, Tantric, Seven Day Sonnet).

“The Witness” marks the beginning of a brand new chapter for Lost In Silence, one that is sure to see them become one of the most recognizable hard rock acts among their neck of the woods.