If you like music that not only sounds good but feels good, then you’re going to find a lot to like with Sheldon Hunt. The singer-songwriter has released his brand new single “Here To Stay” off of his forthcoming EP, Separate Days, which is scheduled to be released this fall.

Impressive on so many levels, the song emphasizes the many musical influences that have made Hunt into the artist that he is. There’s a very prominent classical blues influence laden throughout the track with Hunt’s soulful delivery reminding you of the legends that popularized the genre over 50 years ago. It’s just one of many sounds and styles you’ll hear throughout Separate Days’ five tracks with Hunt leaning heavily on his love of not only soul, but also traditional folk and indie rock to create a multi-layered, dynamic sound that never sounds predictable or derivative.

Explaining the development of “Here To Stay” and it’s soul-inspired sound, Hunt commented, “I was inspired to write the song after a breakup with a long term girlfriend. We had moved to the city of Toronto together before the relationship ended, so the song is about feeling alone in a new city, and being unable to shake all the reminders around you of a lost love. This song was originally written in 4/4 timing, but while brainstorming the production style, (producer) Paul (Phelan) suggested trying out the song in 6/8 timing and taking it in a different direction with a soul feel. Being a huge Otis Redding and soul fan in general, it felt natural to take on that style.

The recording process was eye opening as studio recording was a fairly new process for me. We brought in some session musicians: Lewis Spring on drums and John Mavro on bass (both of which would later join me for live shows) to give the song its backbone. We then brought in Thomas Hammerton to play Wurlitzer on the track, which I think with Paul’s ‘slap you in the face’ guitar really gives the song its tone and finesse. For final touches, we have Claire Hunter and Carleigh Aikins doing the back-up vocals that you hear in the chorus. All in all, it was very inspiring to work with so many truly talented musicians.”

Hunt has been hard at work on refining his style and his skills over the last few years in the local Toronto music scene. Born and raised off the coast of Newfoundland and Labrador, he moved to Toronto to more seriously pursue a career in music, while also working as a carpenter by day. Being creative is in his nature, something you’ll take note of in listening to Separate Days with Hunt experimenting with different genres all in the hunt of crafting his own original sound. Whether it be music or carpentry, Hunt is always working on something new with plans to start recording a proper full-length record in the near future. Honest, down to earth, authentic, and full of talent, Sheldon Hunt is an artist that’s almost impossible to dislike. 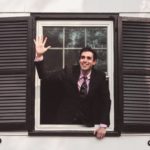 UnCovered: Will Wood Discusses His Humorous New Cover for ‘The Normal Album’ 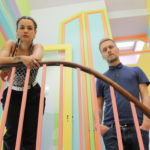