Back for another Monday morning and another ten new tracks to help you through the week. As always, we hope you enjoy this round-up of new music and, if you want to submit your band for inclusion, get in touch.

01. Vanishing Point – “Dead Elysium”
– More than six years after their Distant Is The Sun release, Vanishing Point are back with new music in the form of the title track of their upcoming new album due on August 28, 2020 through AFM Records.

03. Narrow Head – “Night Tryst”
– Having signed a deal with Holy Roar, Texan’s Narrow Head have released a taster from their upcoming album, 12th House Rock, out August 28, 2020, in the form of “Night Tryst”.

06. Godsticks – “Relief”
– Like everyone, Godstickstrong> are desperate to get back to playing gigs again and their latest video for “Relief”, filmed prior to lockdown shows why.

07. Tourist – “Last”
– “Last” marks the first brand new music for UK-based Grammy winning producer and composer Tourist, a track which sees him team up with Providence producer The Range.

08. Kid Dad – “Limbo”
– Dealing with the subject of childhood domestic violence, Kid Dad have put out the video to their powerful new single “Limbo” and you can check it out here. 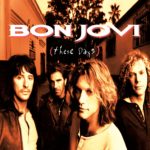 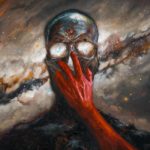