Late 2019 saw UK metalcore frontrunners Bury Tomorrow touring in celebration of their excellent previous release, Black Flame; playing it in full to some of the largest venues they’d visited in their career such as London’s Roundhouse. Already showcasing their forthcoming album, Cannibal, in those shows with “The Grey (VIXI),” the release had been, unfortunately, dogged by the COVID-19 pandemic with its date being pushed back from April 3 to July 3. However, if anything, this delay has built a more feverish anticipation amongst the band’s fanbase, eager to hear more of the superb quality of music on display from the tracks made available to date. The release delay has also added to a somewhat unique reviewing experience – receiving a copy of the record prior to the original date has given over 3 months to listen to, digest and live with Cannibal.

Thus far, just under half of the album has been previewed on streaming services, and it’s somewhat unusual that part of this are four of the first five tracks in the final track listing – giving a familiar feel to the beginning, and excitingly leaving much of the back end completely unexplored for the first-time listener. “Cannibal” stands out as the most powerful video Bury Tomorrow have put out to date, and has one of their finest tracks to back it up. Vocalist Daniel Winter-Bates is visceral and rasppy in his delivery, all whilst maintaining the diction and clarity for which he has become known – these are songs with something to say through their lyrics, and he makes sure you can understand each and every word.

It’s no good having a set of songs with poignant and heartfelt lyrics without the music to go with it, and on Cannibal, Bury Tomorrow have taken all they have learned throughout their notable career and built on this. Songs “Dark Infinite” and “The Agonist” set grooves that leave the listener powerless to stop themselves headbanging along coupled with some of the finest lead guitar work the group has ever seen; there’s a strong call back to the feeling of some of their tracks on Runes. The most recent single previewed, “Gods & Machines,” brings vibes of As I Lay Dying at their peak in its tight riffing, immaculate delivery, and unforgettable chorus – the clean vocals of Jason Cameron are the perfect foil for the screams and distorted guitars and bring that hallmark metalcore sound.

When covering live shows and with the release of Black Flame (read our review here), I have been particularly effusive in my praise for Bury Tomorrow and, with Cannibal, the band is still hitting new heights of an already stellar career. Through the music, the album has the potential to bring a whole generation of new fans not only to the band or to metalcore as a subgenre, but to metal as a whole – it has true genre-transcending quality the likes of which Slipknot and Killswitch Engage brought with their respective emergences onto the scene.

Moreover, through its lyrics, Cannibal has the possibility of helping those who can’t currently find their own words to describe their feelings. The sense of empathy brought by a band articulating the emotion in one’s head can be extremely powerful, and I sincerely hope the catharsis that Winter-Bates has described writing the album brought is shared onwards to fans new and old who could use the assistance. The passages in “Better Below,” a track describing anxiety, in particular, stand out even amongst the rest of the record’s mental health themes.

As a release, Cannibal doesn’t redefine metalcore or stray too far from the group’s roots; instead, it stands alongside the truly legendary albums the genre has seen. It deserves to be mentioned in the same sentence as Alive or Just Breathing, Horizons, Frail Words Collapse or anything released by the bands synonymous with the genre, and those who’ve gone on to have significant influence throughout the metal scene. It’s a must-listen for anyone with an interest in metal and, for fans more specifically of metalcore or Bury Tomorrow themselves, Cannibal is nothing short of perfection. Both its music and lyrical themes are what the world needs now, and it should rightly have an immense immediate impact as well as carving an even deeper legacy for Bury Tomorrow. The kings of the UK metal scene remain firmly planted on their throne. 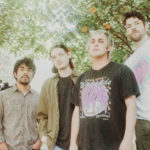 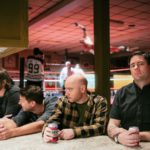