By 1975, Nazareth had been on the global rock scene for seven years and already had released five studio LPs. The band is still recording and touring today. But 45 years ago this past week (April 30, 1975), the brash Scottish brigade dropped its sixth slab via Vertigo (UK) and A&M Records (U.S.). Hair of the Dog not only would achieve massive success worldwide, but it’s also the record that has come to define the band.

The most impressive aspect of Nazareth is that the band has never known artistic boundaries. Their stylistic wheel could spin from irresistible pop to heartfelt power ballads to down and dirty blues with un-compromised credibility. And when the “card” needed to be “played,” Nazareth could be as heavy as a thousand-pound iron anchor — convincingly.

For my money, frontman Dan McCafferty was the most powerful, versatile and underrated rock vocalist of the day. His whisky-soaked, ball-breaking raspy style could bring you to your feet (e.g. “Razamanaz”), while his pure vocal sweetness could bring you to your knees (e.g. “Moonlight Eyes”). This, along with guitarist Manny Charlton’s consistent Les Paul-meets-Marshall crunch and the rock-ribbed, rock-solid combo of bassist Pete Agnew and drummer Darrell Sweet made the band an unparalleled powerhouse. Nazareth’s songs — always gutsy and honest. On Hair of the Dog all of Nazareth’s most compelling components came together.

Produced by Charlton, the record possesses a seamless sonic sheen that was un-attained by the band’s previous producers. Simply put, if the drums suck, your record sucks. In that regard, Sweet serves as a super-all-star, driving the iconic, hard-hitting opening title track with his equally iconic drum/cowbell work — a rib-cracking intro matched by the (also) iconic talk box effect, guitar riff, and lyrics. Now you’re messin’ with a son of a bitch, indeed, sweetheart!

While the monster truck thud of “Miss Misery” and the infectious chug of “Changing Times” certainly are urgent highlights, it was the chart-busting, radio-friendly remake of The Everly Brothers’ ballad, “Love Hurts” that launched the album and the band into the international rock stratosphere. It remains a timeless classic rock staple.

Opening Side Two, “Beggars Day” is another riff-heavy bruiser — If this is Heaven, then I’m in Hell — solid stuff, dude. Also noteworthy — the bluesy dysfunctional love song, “Whiskey Drinkin’ Woman.” Closing out the collection, “Please Don’t Judas Me” — the brooding 10-minute opus showcases both Charlton and McCafferty’s “A-game.”

The cool thing is, Hair of the Dog has stood the test of time quite nicely. Along with such other classic rock albums as Zep Four, Machine Head, Paranoid, Toys in the Attic and Destroyer, it still sounds fresh — still relevant after nearly five decades.

Hair of the Dog Track Listing: 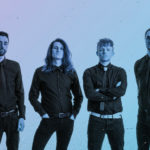 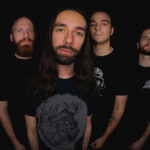