– Four time Grammy Award winner Jason Isbell and The 400 Unit have released “Dreamsicle”, the 4th track to be taken from their new album Reunions – out May 15th on Thirty Tigers.

– PA metal outfit Toothless announced their upcoming EP, Misinformed, out May 5th. In anticipation of the release, the band have shared the new single, “Grinner”, with an accompanying video.

05. And The Sky Darkened – “Burden Hardest To Bear”

– Drawing heavily from the likes of Metallica, Killswitch Engage and Tool, UK metallers And The Sky Darkened are set to release their new EP, Between Ghosts, on May 8 and you can check out their new song here.

– Yorkshire left-field post-punk band Percy have unveiled an animated video for their frenzied, vitriolic governmental anti-anthem “Will Of The People”.

– Although separated by lockdown, The Magic Gang’s video for their new song “Take Back The Track” uses the current situation as a strength rather than a limitation as the four members unite on video for an online rehearsal. Check it out here.

– Following the release of the stunning, Painted Legacy, and the announcement of a forthcoming EP, The Space Between, country-pop duo, Ward Thomas, have released the heartwarming new track “Hold Space”.

– Grammy-nominated producer boyband has released his second solo track “realtree” – a genre-bending single which melds alt-rock and hip-hop and touches on the cognizance of needing to exit a toxic relationship. 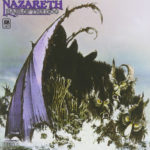 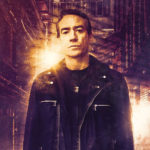