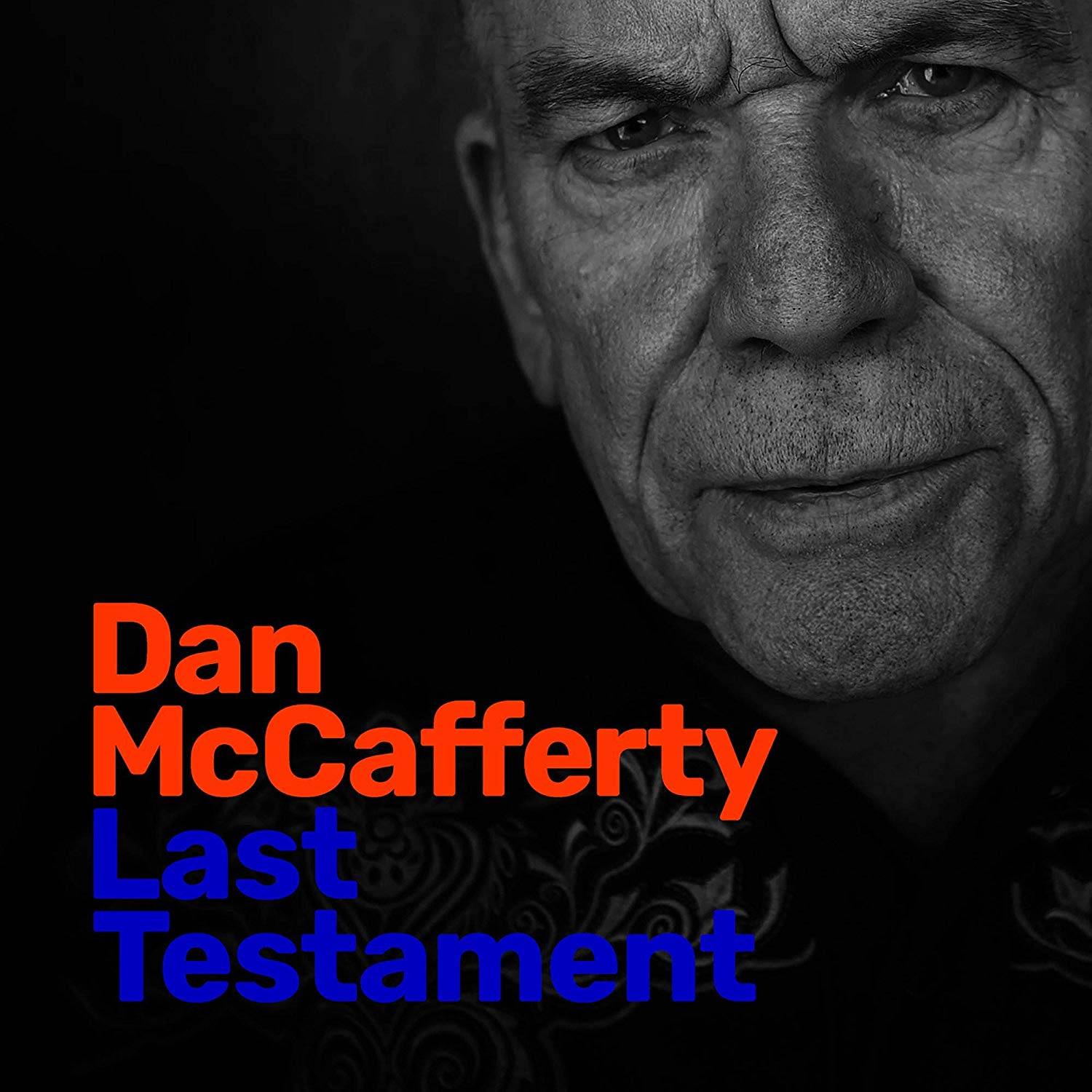 As the frontman of the Scottish rock powerhouse, Nazareth, Dan McCafferty was an ass-kicking “son of a bitch” who simply could not be “messed with.” His distinctive raspy vocal ability ranged from rib-cracking to glass-breaking — often within the same song. And his delivery possessed the power to invigorate female fans while also bringing grown men (myself included) to their knees — blubbering like little babies. As a result of personal health issues, McCafferty retired from Nazareth in 2013, after an impressive 45-year tenure. Now at age 72, the legendary singer / songwriter returns in 2019 with his third solo record — his first in more than 30 years.

Longtime fans expecting Razamanaz 2.0 might be surprised, as McCafferty’s latest effort can possibly be described best as a Scottish-flavored, accordion-fueled, folk record narrated by self-reflecting lyrics.

Produced by Czech composer, accordion player and keyboard maestro, Karel Marik, Last Testament (pre-save/order here) kicks off with the introspective “You and Me.” While the accordion accompaniment combined with fragile-sounding vocals may seem like a stylistic “left turn,” McCafferty warms-up into his signature swagger midway through, resulting in a moving, mid-tempo “keeper.”

Despite his reputation as a vocal ball-buster, it can be argued that McCafferty’s talent has shined brightest over the years when he has stepped out of his perceived heavy rock comfort zone. Hence, this lighter-sounding, less guitar-oriented set shouldn’t feel completely foreign to McCafferty’s more fervent followers. However, the dominate accordion presence throughout can, at times, comprise the record’s street cred.

“Tell Me,” how much do you dig Dan McCafferty’s new song and video?

But, Last Testament does succeed often in finding a healthy stylistic balance between pointing to the past and forging into the future. As a result, it offers several noteworthy highlights. “I Can’t Find the One for Me,” “Look at the Song in My Eyes” and “Refugee” all are impressive, classic McCafferty-breathed ballads, while the bagpipe-driven “Home is Where the Heart Is” and the super-charged “My Baby” are both bona fide guitar-based rockers — diluted only by the awkward accordion presence. But for my money, the pick of this 15-pup litter, far and away, is the chilling, delicate piano-driven remake of the 1974 Nazareth gemstone, “Sunshine” — absolutely heart-stopping. And given the back-up vocal contribution from co-founding Nazareth bassist, Pete Agnew, this track is a particular treasure.

In sum, it certainly ain’t Hair of the Dog, but it’s hardly Frankie Yankovic’s Greatest Hits either. But be sure, with Last Testament, Dan McCafferty is making a fresh musical statement. And doggonit, it’s great to have him back!