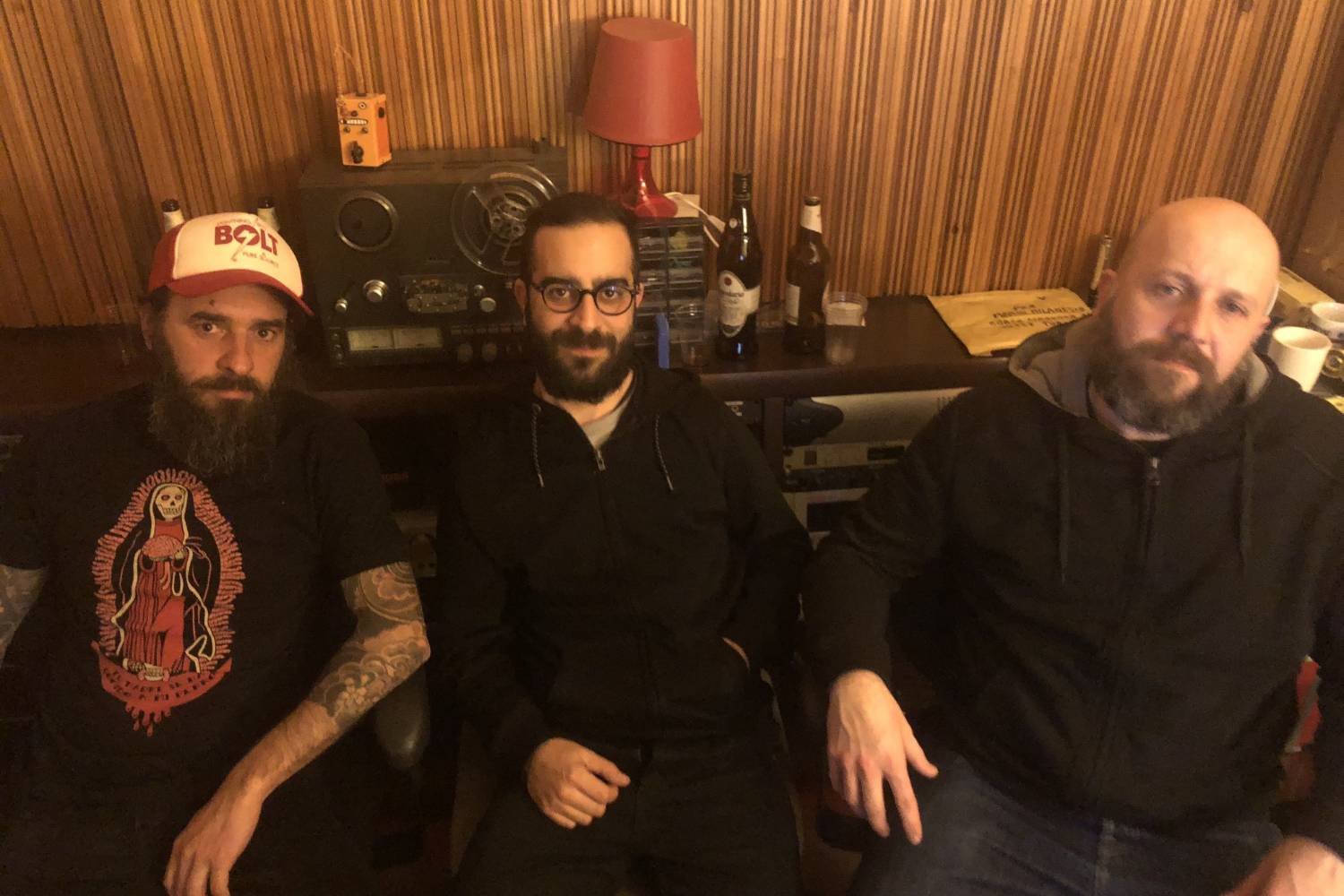 Italian sludge band Dogs For Breakfast are set to deliver their new album Suiru in early October and, today, in anticipation of the release, we’re excited to debut the ferocious new single “Running In Vain.” It’s been almost four years since we last heard from the metallers on their split album with Bologna Violenta, but our patience has paid off! “Running In Vain” is off the group’s new Suiru record, an album that demonstrates the evolution that has been taking place over the last four years. A collaborative release, the song now be purchased through Overdrive Records, Wooaaargh Records, Mothership Records, Shove Records, or U’A!.

Commenting on our featured track today, the band stated, “Unlike the other tracks on Suiru, ‘Running In Vain’ was basically built from one single arpeggio. We took this small input and managed to write a proper song around it. This theme emanates a dark atmosphere, a slow and dragged pace. The song differs from the others also for the different stylistic approach and for the simplicity of its structure. We think we managed to strike an interesting balance between melody and dread, sharpness and drama. ‘Running in Vain,’ together with ‘At the Gallows,’ is a special chapter within the album as it displays a new side of our music with its haunting atmospherics.”

Suiru is an important album for Dogs For Breakfast, in that it marks a fairly significant alteration in their sound. Unlike their previous material, the songs do not resemble the hardcore-metal early fans may have been coming to expect. Taking inspiration from the desperate noise and post-hardcore sonics of the 1990s and early 2000s, Suiru is filled with a deliberate darker tone, with a presence of extreme metal characteristics. The writing and recording of the album came after a couple of years off when they reentered the studio in 2018 to begin work on the songs that you’ll now find on Suiru. There’s a notable improvement on the album in the band’s precision and cohesion and thus far is the defining work in the Dogs For Breakfast catalogue.

The release of Suiru comes at a notable time for Dogs For Breakfast as it marks the ten year anniversary of the band’s existence. Since forming, they’ve showed that you really can pack all the power of their sound into just a trio, not in any way an easy task. Since their early roots with a sound landing somewhere in between hardcore and metal, the band members have evolved in both sound and style with this evolution really beginning in 2013 when they started to record the follow up to their debut EP Rose Lane Was Tucker’s Girlfriend. The end result was a much more mature piece of music that was more aggressive and higher in complexity. They then found a greater level of touring success around Italy and Europe before they got to work on the split record with Bologna Violenta.

Now with a brand new album all their own in Suiru, Dogs For Breakfast look to chew out a new path, certain to lead to even bigger and better things. We were so interested in learning more about “Running In Vain” and Suiru that we felt it necessary to speak directly with the band’s lead singer Paolo Oliva. We spoke to Oliva about both of those topics, as well as whether they felt any reluctance to move further away from their musical roots.

Check out the artwork for Suiru before its official October 4th release: 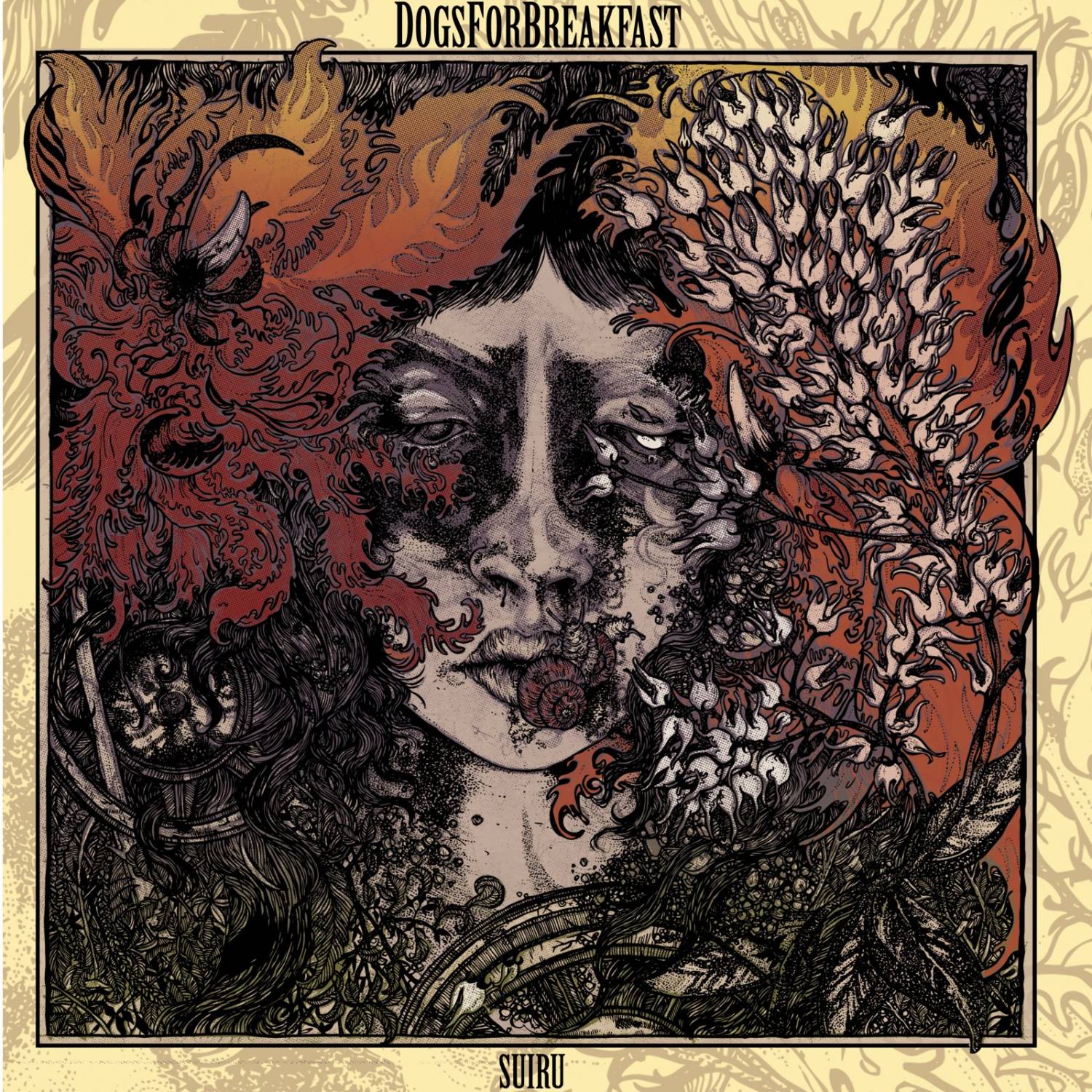 Your new album Suiru is eight tracks in length and one of those happens to be “Running in Vain.” What stood out to you the most about “Running In Vain” that convinced you it had to be included on the album?

Paolo Oliva: “We are so satisfied with ‘Running in Vain.’ It’s a little different from the other tracks, it displays a different atmosphere with an obsessive melody. It had to be included on the album just for this reason: to bring the listener to other lands for a moment.”

How did the writing and recording process for “Running in Vain” compare to the other tracks that made the record? Was this one that came to you quickly or was this a slower, more gradual process that took time to figure out?

Oliva: “Super quickly. The writing process for other tracks usually takes longer, it can be a very intense process. For ‘Running in Vain’ everything developed from a melody and the whole track spins around it. It’s slow, obsessive and relentless.”

Now Suiru marks a further departure away for you from the more hardcore metal focus of your earlier releases towards a deeper and more complete album. What was the catalyst for you to recreate your sound in a sense?

Oliva: “Everything came spontaneously, it was a natural process. We just relied on our mood and our feelings.”

Listen to more of the new album with the title track off of Suiru:

You’ve been together as a band now for a full decade. Was there any resistance at first towards refocusing the band’s sound away from your earlier releases?

Oliva: “Yes, and actually we were also playing together in a previous band, so we have been together pretty much since 2003. As I said in the previous answer, we do not force the creative process, every small departure from the old style has always been totally natural. We just play the music we would like to listen to.”

You took a couple of years break in between your split with Bologna Violenta and the release of Suiru. What was the reason for the break initially and do you feel it ultimately helped you become a better band?

Oliva: “We took a break for various and personal reasons, we were a little tired and decided to focus on other sides of our lives. We continued to play in the rehearsal room with no pressure and deadlines, this certainly helped us to get to Suiru, which to us is a very spontaneous and heartfelt record.”