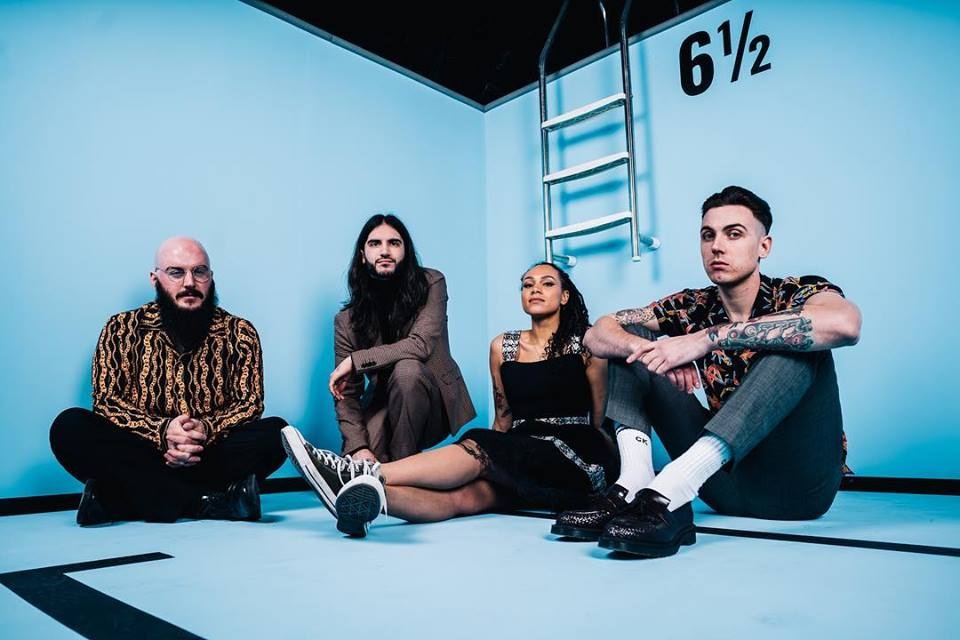 Now entering their twelfth year of existence, Britain’s The Skints have certainly made their mark within the ranks of their own genre. They’ve been referred to as one of the leaders of modern British reggae, ska, punk and dub music and the accolades they have received have certainly been well-earned. Now about to release their fourth studio album, Swimming Lessons, on May 10th (pre-order options are up here), The Skints enter new territory as a well-established band with higher expectations.

All signs point towards Swimming Lessons being another highly successful progression in the group’s sound and evolution with the album being more introspective than previous releases. Swimming Lesson’s lyrical content is darker and with deeper meaning than previous outings and it also features some of the most talented Jamaican reggae vocalists contributing to certain tracks. In celebration of The Skints’ latest slew of rockin’ tunes, they’ve been so kind as to offer us an exclusive track-by-track breakdown of each of the fourteen new songs.

01. “Learning To Swim”
– Track one of Swimming Lessons is its namesake. “Learning To Swim” is us switching it up from a UK lovers rock-style verse to us just rocking TF out. We actually recorded this in two different studios with different engineers to try and jump between the two worlds.

“Learning To Swim” also features a “bubbly” new music video to go along with the track.

02. “Restless” (feat. Protoje)
– This one originally was written on our Casiotone. We were going for like a Volcano-era Roots Radics playing The Specials. (Reggae vocalist) Protoje absolutely slayed his verse! Watch out for the video of this one.

03. “Gets On Top”
– “Gets On Top” is us about being paranoid when you’re having a conversation out loud and then seeing an advert for it on your phone shortly afterwards. Time to switch off? (Keyboardist, multi-instrumentalist) Marcia Richards plays all the GameBoy parts on this, and it’s the only song on the album with programmed drums!

04. “New Kind of Friend”
– This is a song that was actually written a number of years ago. Keen-eared Skints gig-goers in Europe may have heard an alternative version in a few sets a while back. We switched up the arrangement from a ‘69-early-reggae style one drop to a Sugar Minott influenced rub-a-dub pattern. Check out the little dub in the last chorus courtesy of Prince Fatty!

05. “This Is An Interlude”
– “Clue” is in the title. A little vibes written by Marcia featuring DIY pool diving instructions from Josh, who has never instructed anybody to dive and cannot be held responsible for those who attempt this technique.

Swimming Lessons is out May 14th on Easy Star Records. 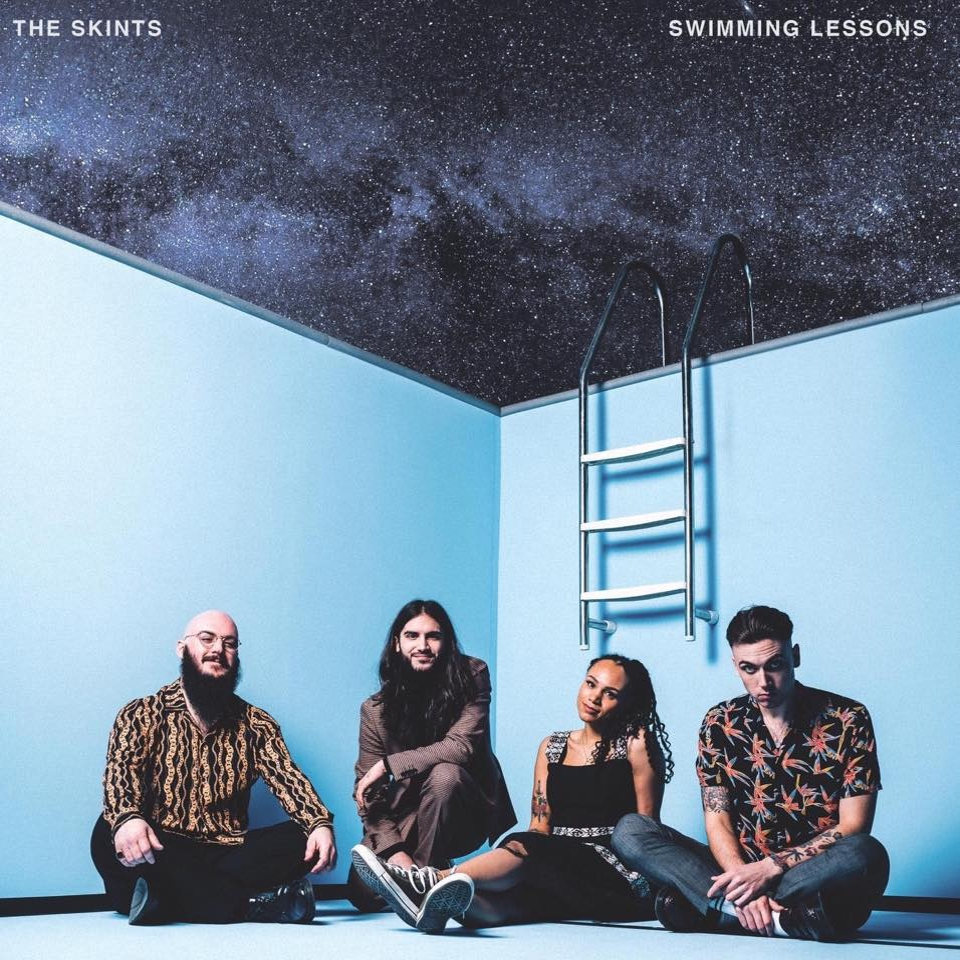 06. “What Did I Learn Today?”
– This was one of the first songs we knew we were gonna put on the record. Jamie wrote this one and was another one we got to rock out on. Big influence from Weezer on this one.

07. “Oh My Love”
– This one takes great influence from our great friend (singer) Hollie Cook. UK lovers rock energies for the sunshine with some G’d up synth!

10. “Armageddon”
– Watching the most powerful people in the world exchange fighting talk can be stressful. When the red buttons get pushed, nothing will save us! Runkus absolutely body-bagged this tune with his take on the subject matter. He wrote five verses! Much respect to Sister Nancy on the original lyric and for being a career-long inspiration for us.

Have a listen to “Armageddon,” featuring Runkus.

11. “Donkey Brain”
– Fans of It’s Always Sunny In Philadelphia may recognize the title. Just Jamie and the guitar having a moment, akin to “Soul For Sale” on our first album.

13. “Love Is The Devil”
– Recorded in Harlesden, London and mixed in the tropics of Thailand with Prince Fatty at the controls. This song is for big speakers and broken hearts. Jesse Royal took it to a million on this one. An absolute hero, can’t wait to perform this one live together on tour!

14. “Stop Looking Back”
– The end of Swimming Lessons and taking things down to the heart and soul. Something a little different from us. Here’s to looking to the future!

As a bit of a throwback, check out the music video for “This Town” off the band’s previous album FM.

Here’s the video for “Rise Up” off of Part & Parcel: