As festival season kicks off in Southern California and the infamous stoner date April 20th gets closer, The Smokers Club Festival is going into its second year and although it doesn’t fall exactly on the smoking holiday, the showcase is packed with two days of performances by top name artists. Last year, the festival was held at the famous Santa Ana Observatory but they have decided to upgrade locations and is being held this year at The Queen Mary in Long Beach, CA.

This year, The Smokers Club Festival is headlined by well-known names in hip-hop such as Kid Cudi, ScHoolboy Q, and Wiz Khalifa.

Other major artists playing over the course of the two days include 2 Chainz, Lil Pump, Mac Miller, and Ty Dolla $ign, and many more (if this isn’t already MORE than enough of a reason to attend), are set to take the stage starting on the 28th of April for two days of good music and vibes. Along with the music, there are sure to be plenty of sponsors at the festival handing out free goodies and food vendors to cure your munchies.

We’ve got a ton of coverage to come, including live coverage with photos but, until then, get stoked for the event via PureGrainAudio’s official “Smokers Club 2018” Spotify playlist.

If you plan on heading out to Smokers Club Fest this year, here is a list of artists to definitely check out:

01. Rapsody:
– Based out of Snow Hill, NC Rapsody made her breakthrough debut with the 2010 mixtape Return of the B Girl and has gone on to work with well-known names such as Kendrick Lamar and Anderson .Paak. Last year, Rapsody released her debut album under Roc Nation, Lalia’s Wisdom.

02. SOB X RBE:
– Formed in Vallejo, CA in 2016, the rap collective SOB X RBE is made up of rappers Yhung T.O, DaBoii, Slimmy B, and Lul G. The group’s name stands for “Strictly Only Brothers, Real Boi Entertainment.” After releasing several songs online, SOB X RBE developed an underground fanbase in the Bay Area and continued to release more songs such as “Different” and “Anti.” The group gained widespread recognition after being featured on the Black Panther soundtrack with their song “Paramedic!”

04. Isaiah Rashad:
– Isaiah Rashad is a hip-hop artist signed to Top Dawg Records, which also has a roster of talented artists such as Kendrick Lamar, SZA, SiR and ScHoolboy Q. Following the release of his EP Ciliva Demo the Chattanooga, TN rapper was named to the 2014 XXL freshman class and later released his debut album The Sun’s Tirade in 2016, which was met with widespread acclaim.

05. Abby Jasmine:
– Staten Island, NY-based Abby Jasmine quickly rose to fame after posting her raps to SoundCloud and Instagram, with the latter having a strong social media following, which she gained by posting funny video clips to her account. Her song “Lookin’ Boy” earned more that 200,000 plays within two months of being posted to SoundCloud and she’s been associated with acts such as Lil Yachty. 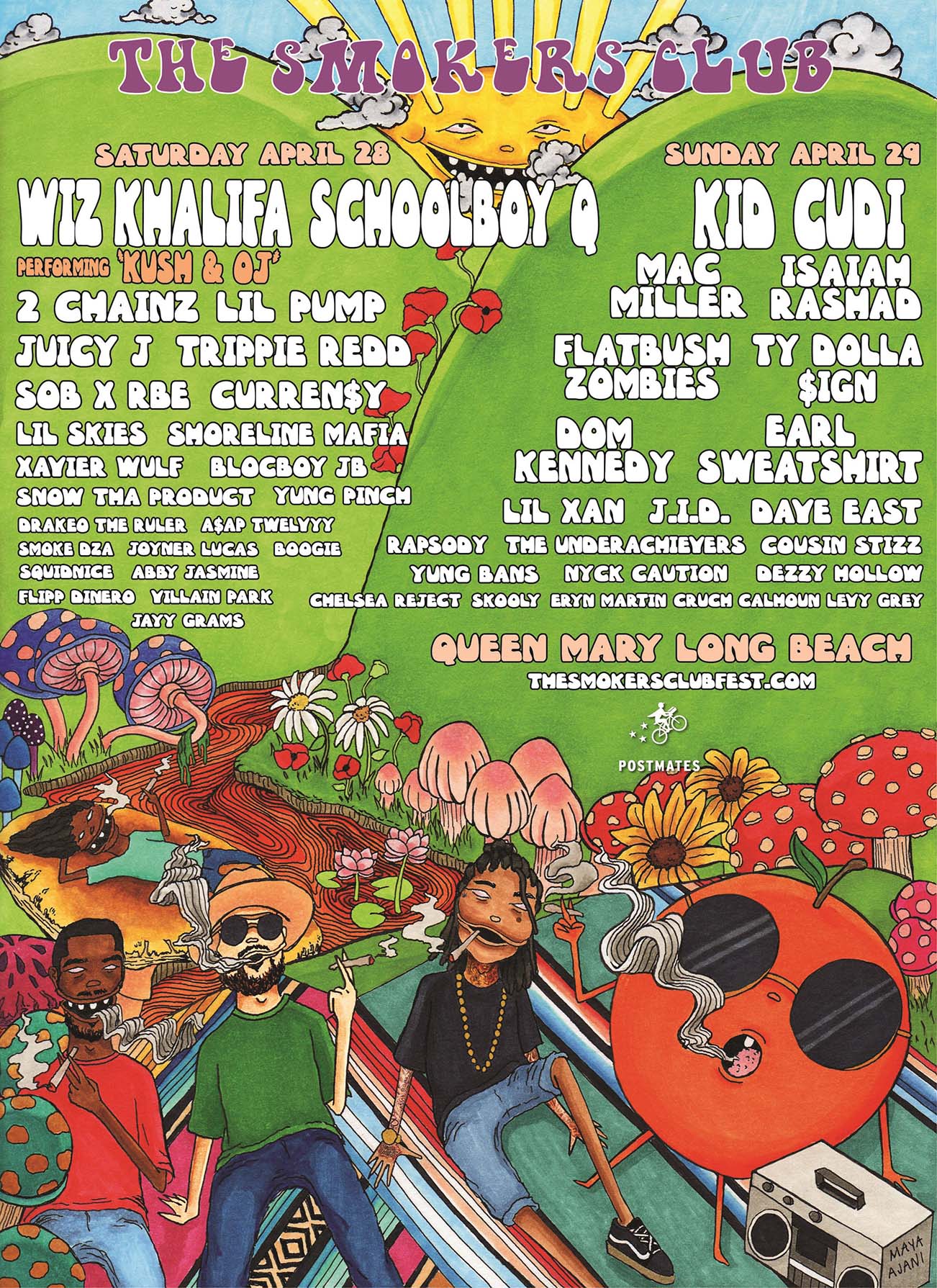