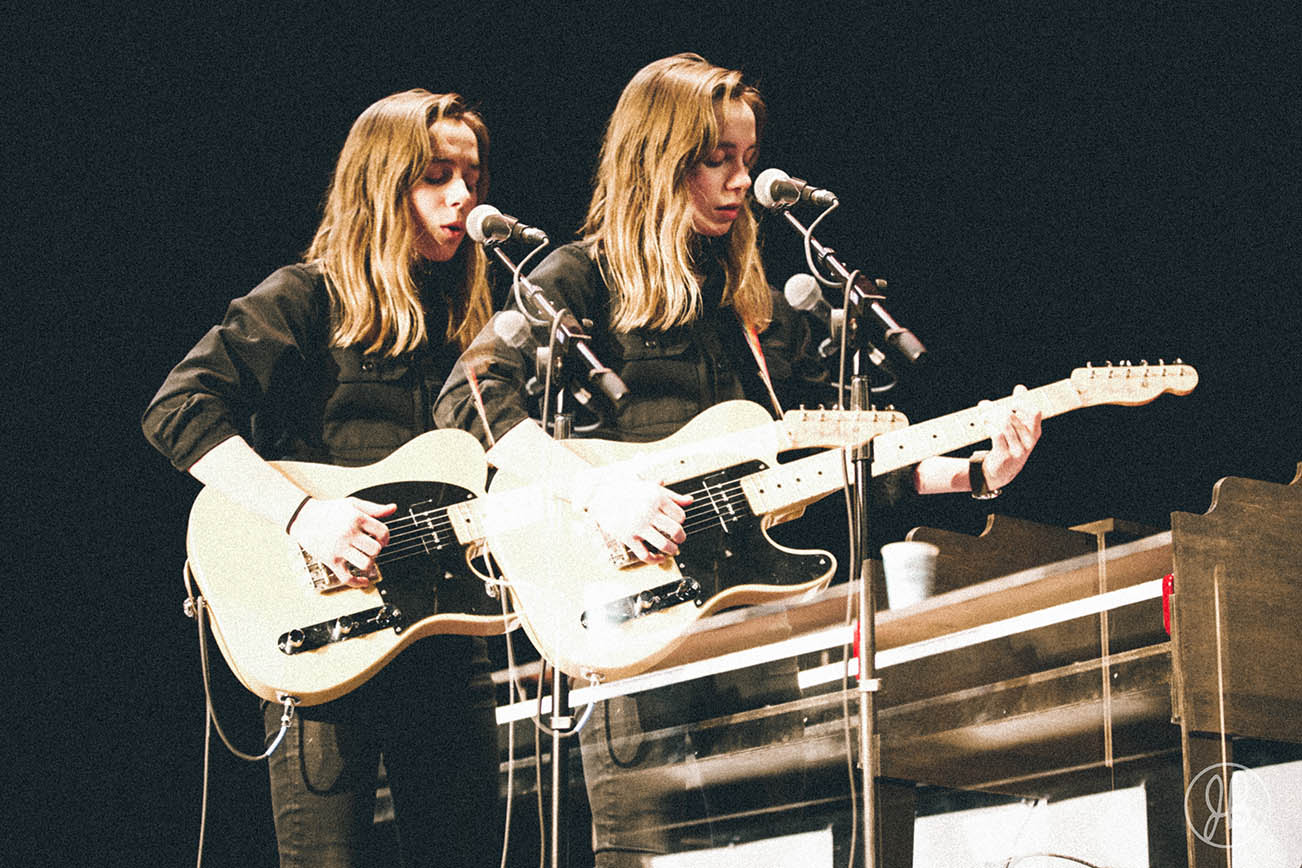 It’s been an odd spring in New England. The region saw 70 degree weather over the weekend, and then it dropped back down to the 40’s along with heavy rain and a dark sky by Monday. Despite how dismal (yet emotionally-fitting) the weather was, seeing Julien Baker at the Academy of Music Theater in Northampton, MA was ultimately one of my favorite concert experiences I’ve had, even down to the environment. The venue was completely seated, which isn’t too common for artists like Julien Baker or her supporting act, Tancred; the venue staff was quick, efficient, and extremely friendly; and the welcoming, avant-garde culture of the town as a whole made for a solid environment for the show. Naturally, Julien Baker put on a performance that left us all speechless as well.

Indie-rock band Tancred started off the night, and vocalist/guitarist Jess Abbott came out to begin her soliloquy in the spotlight with an unreleased song. Once the rest of her group came to the stage and the beat kicked in, there was a very clear divide between those who were already fans and those who were new listeners. Some people seemed shaken by the band’s upbeat rock, as opposed to Julien Baker’s softness, though the contrast in sound is what makes this tour package so enticing.

Tancred’s set was an interesting one, seeing as the majority of the songs played were new, unreleased ones from the upcoming album Nightstand (out June 1st via Polyvinyl). Long-time Tancred fans were treated to this extensive sneak-peek into the album, as each song quickly became my new favorite. After such a performance, there is no doubt that this upcoming studio album will be Tancred’s finest to date. Thankfully, though, they played older hits from their previous release Out Of The Garden such as “Bed Case”, “Control Me”, and “Pens”, giving fans something to actively sing along to as well. Hearing Abbott’s riot-girl vocals and piercing guitar solos will never get old, and we will certainly be getting more of that with the new album.

After a rather short set change, Julien Baker took the stage. Despite the uproar of the audience upon her entrance, she headed straight for her electric and strapped herself up without a break in focus. Once she started picking and looping notes for the introduction to “Appointments”, tinkering with her pedalboard like a scientist at work, the crowd had gone mute in amazement. Her quaint voice and soft instrumentals filled the theater in such a harmonious way that was even more pleasing to hear live than recorded. She immediately dove into “Turn Out the Lights”, followed by “Funeral Pyre” and the title track from her notable debut release, Sprained Ankle, before taking her first break to have a look out at the crowd and properly introduce herself. 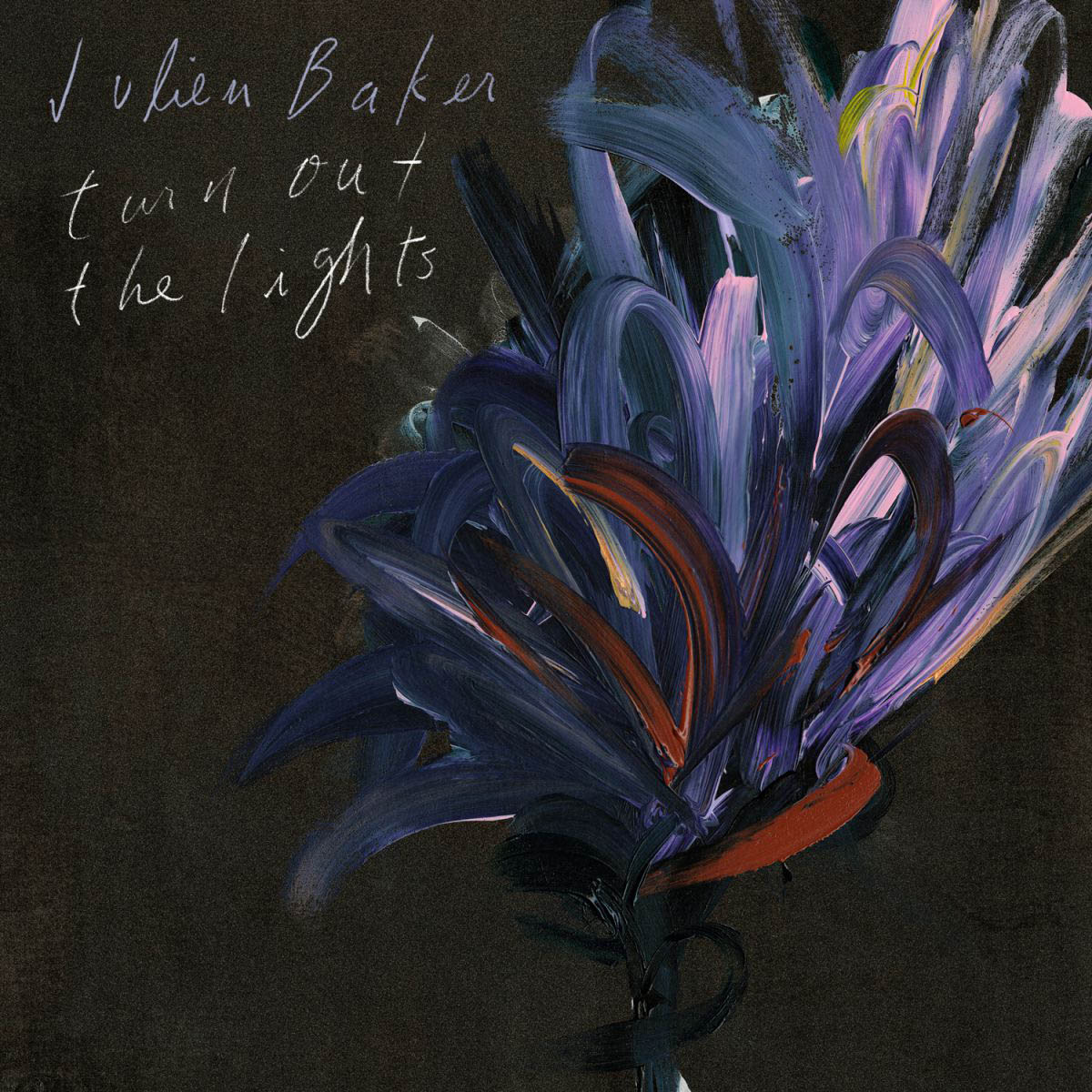 Cracking jokes about therapy and admitting her performance mistakes are just a couple examples of what makes Julien Baker so personable and inviting as an artist. There’s no room for stage gimmicks with her, and she is not a flashy or mysterious performer. As if her lyrics alone weren’t telling enough, she wears her emotions on her face in the best way, especially when she performed songs “Rejoice” and “Sour Breath”. She is open, honest, and true, even down to her minimal stage production. Baker shared the stage with her pedalboard, two guitars and piano, a few small light bulbs against a solid black backdrop, and violinist Camille Faulkner who accompanied during “Even” for the second half of her set.

Playing her discography just about seven songs shy of its entirety, Baker closed out the night with heavenly performances of “Go Home” and “Something” accompanied by Faulkner. Seeing the multi-instrumentalist play such intricate compositions right before our eyes was undeniably mesmerizing, and Faulkner’s accompaniment on older songs graciously added to their emotional aura. It will be hard to find a musician as passionate and ambitious as Baker is, or a live show as powerful and heart-wrenching as hers. She played and sang deeply from the heart for an intimate performance both breathtaking and seamless.

Julien Baker will be making appearances at multiple festivals, including Boston Calling, Sasquatch Music Festival, and Pitchfork Music Festival. Baker will embark on a headlining tour in Europe in the fall as well.