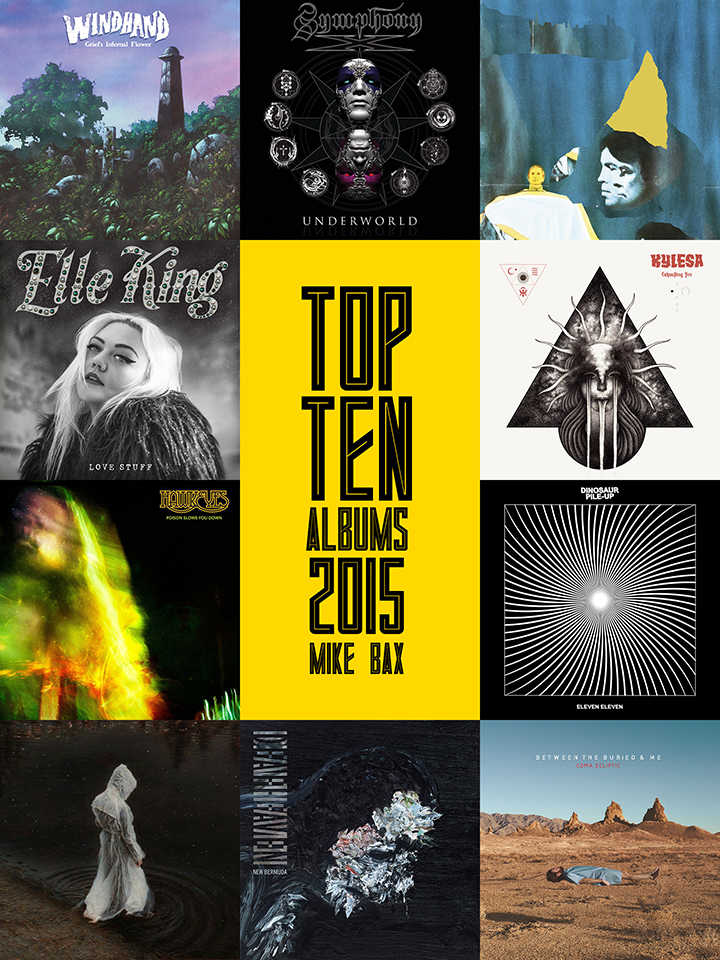 Year by year, I take in a lot of music that spans multiple genres. I tend to be unaffected by hype, despite being bombarded by emails from publicists hyping music. I rely more on the input of my friends, my personal tastes in music, crowd-funding and an old fashioned willingness to blindly take a chance on a band. Occasionally I’ll fold in with the moral majority and favour a mainstream album – not because it’s mainstream, but because I genuinely enjoyed the music. Most of the albums I tend to include on my personal Top Ten lists get there because I’ve also taken the time to see the bands live and now love them even more (A note here for Mike Vennart… Canada awaits you my good man. Please make Toronto happen in 2016! Even if it’s a really small venue at a somewhat overpriced entry fee).

The ten albums I’m putting forward as my personal favourites are as follows. Note: These are un-ranked by number. They are ALL worthy of a top spot for their own reasons. They all are awesome recordings and you should check them all out regardless of whether you agree with me here or not. I can’t put SymphonyX over Elle King or vice versa, they aren’t even in the same league of music; they just happen to be amazing albums this year, and are included here for that reason. 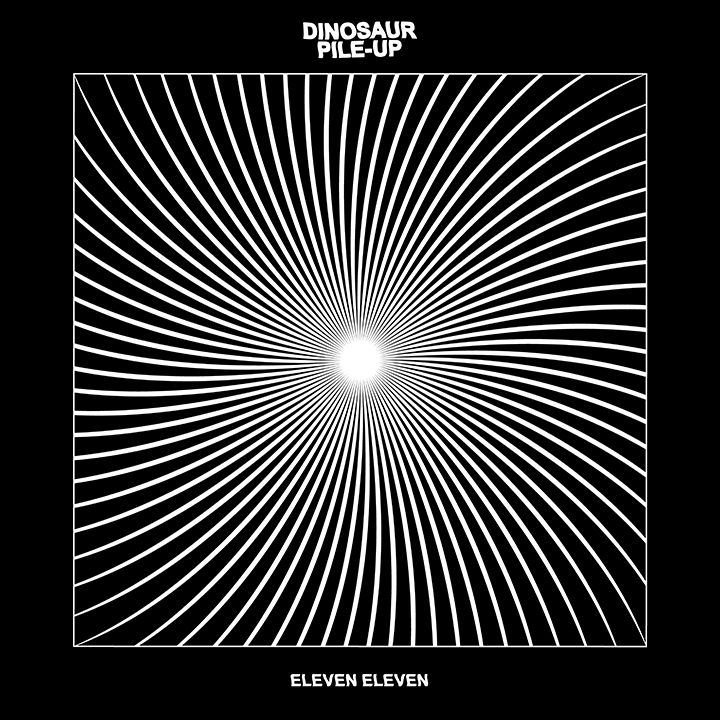 Dinosaur Pile-Up – Eleven Eleven (So Recordings)
Currently one of the best kept secrets in the UK, three piece Dinosaur Pile-Up popped out their third album in October of this year to minimal North American fanfare. Comprised of eleven blistering tracks of pop punk bliss, Eleven Eleven gets an official Spinal Tap Eleven out of Eleven on virtually all merits. It’s an amazing fourty minutes of music from begining to end, rife with buzz-saw guitar riffs and a wonderful production job by Tom Dalgety (Royal Blood). ‘Bad Penny’ for the win. It’s the best Dino Pile-Up song ever!
www.dinosaurpileup.com 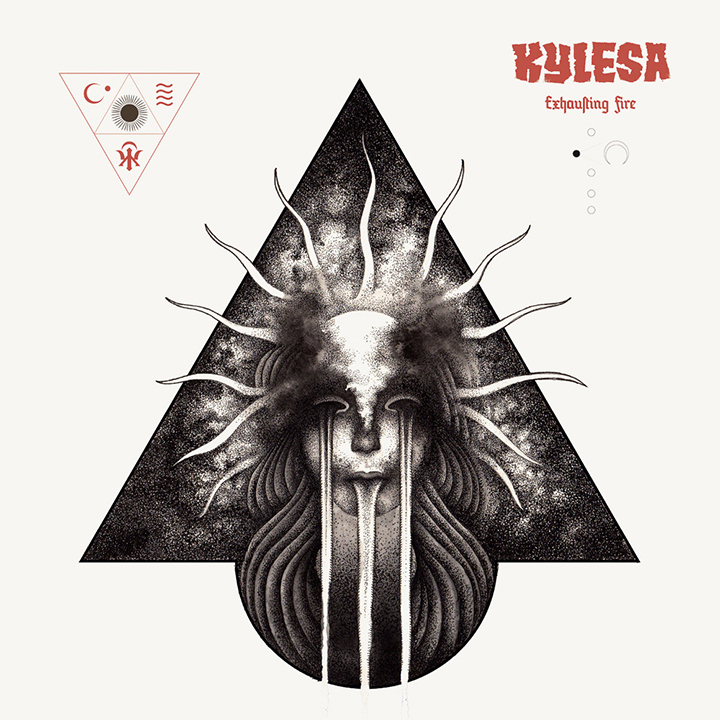 Kylesa – Exhausting Fire (Season Of Mist Records)
Serving up their tightest recording yet with album number seven, Laura Pleasants (vocals, guitar), Philip Cope (vocals, guitar, bass, keys and producer) and Carl McGinley (drums) pummel your ears with ten new songs on Exhausting Fire, all of them showcasing the very best elements of what has always made the band a musical treasure. Intro song ‘Crusher’ sets the tone nicely for an album that gets better and better with every listen. Bonus points for their cover of Black Sabbath’s Paranoid which winds things up on the Exhausting Fire special edition release superbly.
kylesa.com 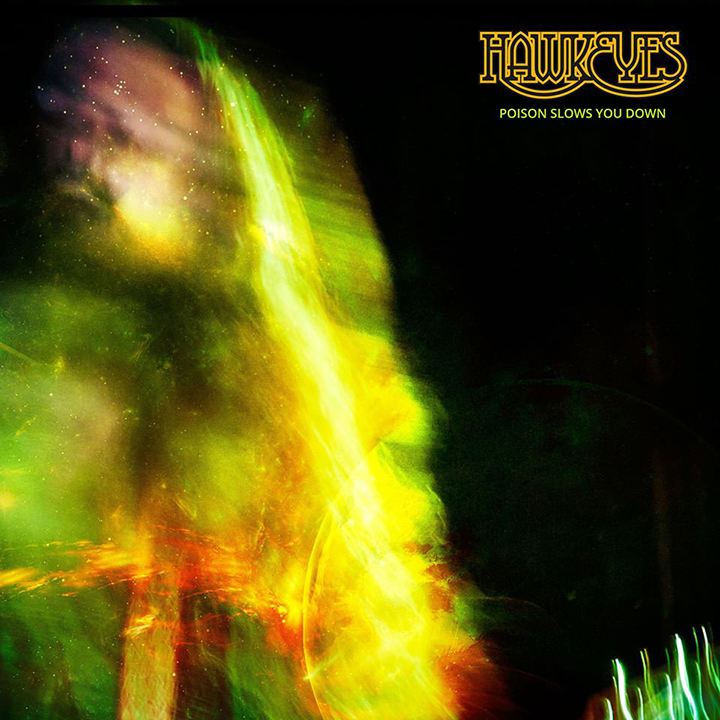 Hawkeyes – Poison Slows You Down (Helmet Lady Records)
A Canadian instrumental six piece assembly of virtuoso talent (boasting four guitarists) on a wonderful boutique lable based out of the US. Nestled somewhere in between the category of post-rock and doom-metal, the four lengthy tracks that comprise Poison Slows You Down meander their way through a mutlitiude of fuzzy jams and interesing time changes, luring the listener back repeatedly for repeat listens again and again. ‘This Floor is Snakes’ and ‘March of the Elephants’ (the b-side of the vinyl of you swing that way) inch their way up front as the stand-outs on the album. Poison Slows You Down is easily the vinyl platter I’ve played the most this year. See them live. They rock.
hawkeyes.bandcamp.com 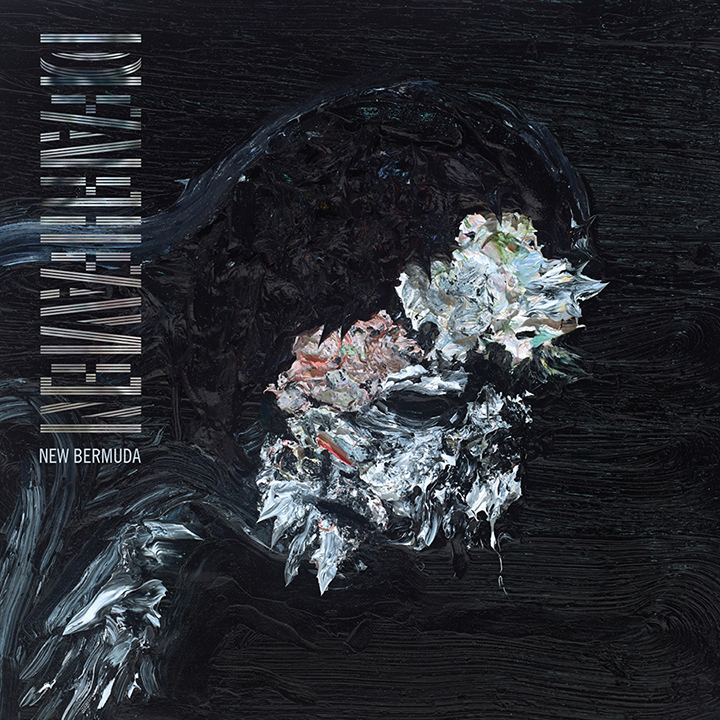 Deafheaven – New Bermuda (Anti-)
Any trepidations that Deafheaven would not be able to match their wildly popular Sunbather album were put to rest with the five songs included on New Bermuda, an album that manages to be somehow heavier AND more etherial than Sunbather in numerous places. If there’s a noticeable change in the stylings of New Bermuda, it’s that the band have managed to structure their songs in a more cohernet fashion, taking the listener to more insyances of aural bliss over the span of less songs. Aside from the pre-release days when two individual songs were released to tease the album, I’ve not once played anything less than the full New Bermuda album in entirety, making it impossible to pick a single song as a standout.
deafheaven.com 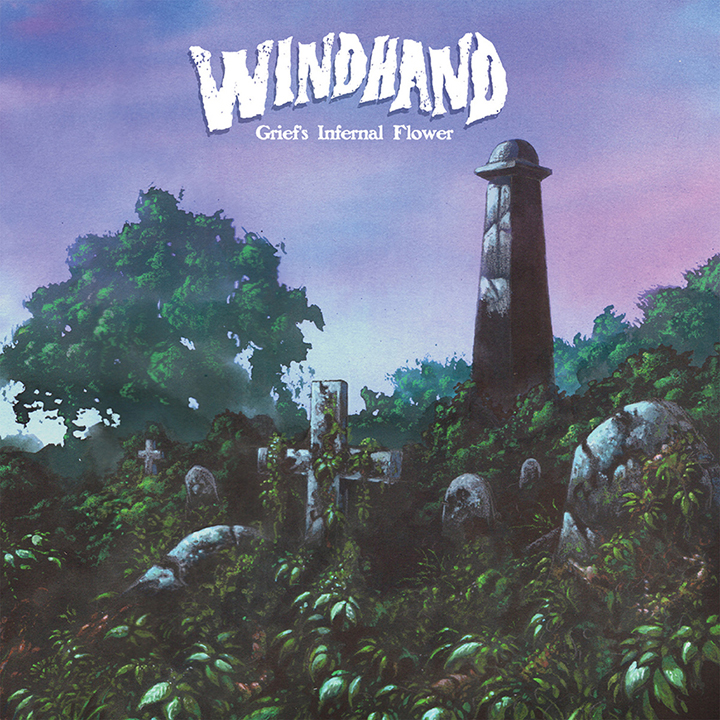 Windhand – Grief’s Infernal Flower (Relapse Records)
Picking up right where SOMA left off, Windhand laid waste to expectations for their third full length album by over-delivering the goods in every way possible. Consisiting of nine downbeat ditties of doom, Grief’s Infernal Flower sets the benchmark high for bands creating music in this genre for years to come. The combination of Dorthia Cottrell’s haunting vocals over Asechiah Bogdan and Garrett Morris’s epic riffs are a genuine thing of dark beauty. Try and find a weak song on Grief’s Infernal Flower… I dare you.
www.windhand.band 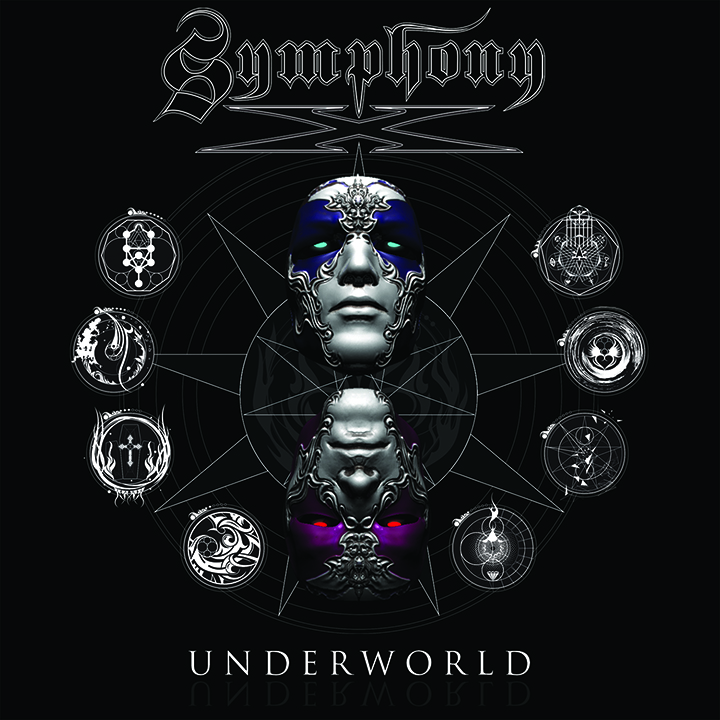 SymphonyX – Underworld (Nuclear Blast)
When I think of metal, true metal, the way I was introduced to the genre in the early 1980s, I think of bands like Judas Priest, Iron Maiden, Saxon and Def Leppard. These bands were mixing the same elements of howling vocals, intricate dual guitar riffs, driving basslines and intricate drumming (pre-double bass kicks) in a pioneering fashion that many of us take for granted today. So when I hear an album like Underworld by SymphonyX that effectively captures all that is true and wonderful about this sound in an original and appealing manner, I tend to get pretty excited. Like it was magically time warped 35 years into the future, Underworld plays like a missing link to this classic metal sound in the very best of ways. If you like the original albums from ANY of the afore mentioned bands, give this ninth (and best) album by SymphonyX a full listen and prepare to be amazed.
www.symphonyx.com 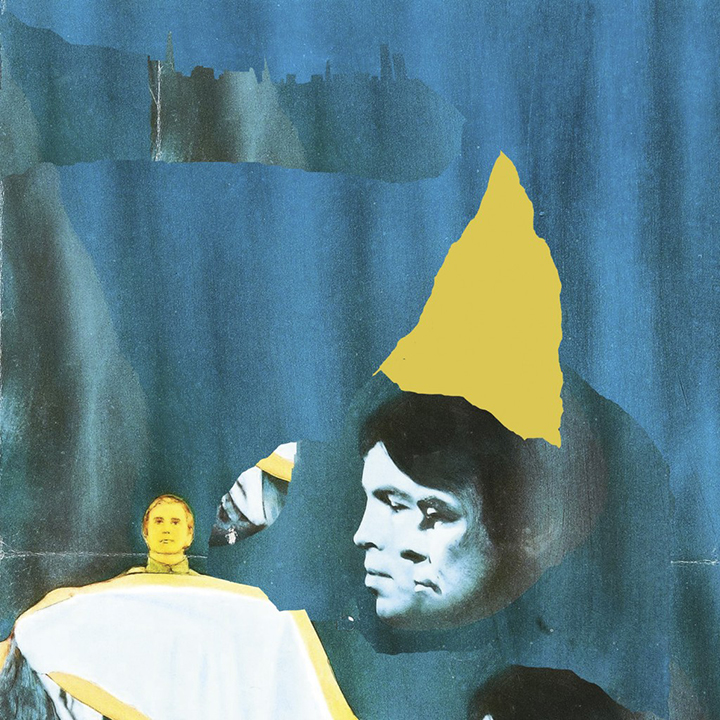 Vennart – The Demon Joke (Superball Music)
Oh, how I miss Oceansize. A wonderful UK proggy post-rock act that levied four phenomenal studio albums before imploding a few years back to miniaml fanfare. Guitaritst and songwriter Mike Vennart has dabbled in other projects since, appropriately scooped up by Biffy Clyro along with his bandmate Richard Ingram to fill out their sound when they tour. This year Vennart crowd-funded his first solo album – mixing elements of what made Oceansize so great along with some of his more modern aesthetics in music and delivered an amazing album of what he describes as a “a beautiful, noisy, fuzzy, epic, heavy, stupid, annoying, confrontational journey”. Check out the track ’Operate’ right here
mikevennart.tumblr.com 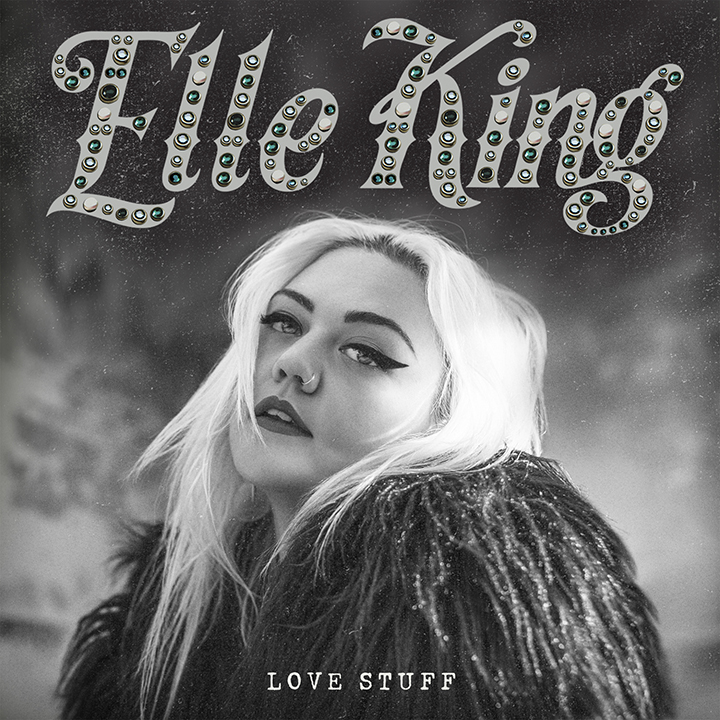 Elle King – Love Stuff (RCA Records)
Sure, Ex’s & Oh’s has become something of a staple on radio stations across the nation. But it’s only one of twelve phenomenal songs on Love Stuff that capture King’s wonderful take on country, soul, rock and blues music, most of the songs on the album showcase her intricate banjo skills. King is a big-hearted human being with a voice to utterly die for and is only just getting started on what I hope will be a long and fruitful career as a singer songwriter. Hands down, Love Stuff is one of the mosty addictive albums of 2015.
www.elleking.com 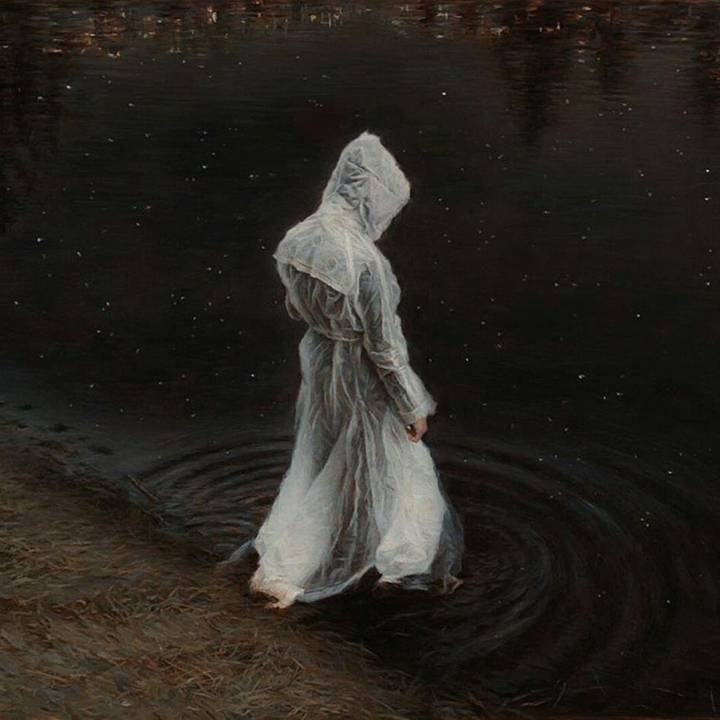 Monolord – Vænir (Riding Easy Records)
Hailing from Gothenburg, Sweden, Monolord do more than deliver the goods on Vænir, their second full length release – they are paving the way for doom metal, setting a high benchmark for everyone else within the genre to aspire to. Six sludgy, doom laden tracks of sullen excellence that somehow manage to up their game from last year’s Empress Rising. Much of the material on Vænir sounds like the love child of Black Sabbath and Melvins performed at half speed. The ten-minute long “Died A Million Times” (for me, anyway) is the signature track on the Vænir, if nothing else for the creative use of swirling guitar riffs reminiscent of the finest Sabbath songs. Bonus 2015 points for being an awesome live band as well!!
monolord.bandcamp.com 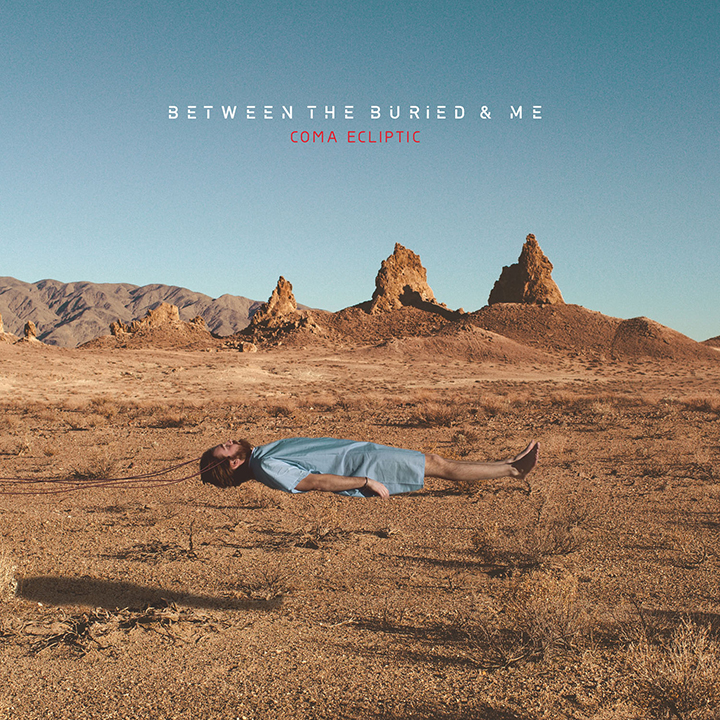 Between The Buried and Me – Coma Ecliptic (Metal Blade)
Coma Ecliptic, the seventh full length album from Raleigh, North Carolina five-piece band Between the Buried and Me is also their best – a statement not written lightly, as the band already have a back-catalog of excellent material that their fans adore. Coma Ecliptic spans numerous musical landscapes over almost 70 minutes, touching on elements of King Crimson, Pink Floyd, Frank Zappa, Opeth, Mastodon and Andrew Lloyd Webber. Both the music and the lyrics are at times utterly lovely but can turn on a dime into something dark and menacing. Easily amongst the best metal albums of 2015, Coma Ecliptic showcases five creative songwriters delivering their very best.
www.betweentheburiedandme.com