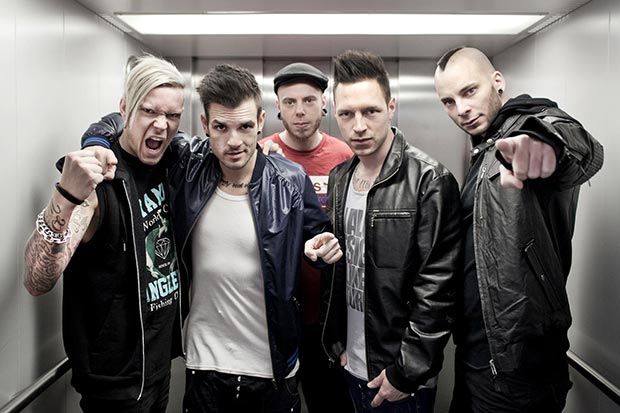 Rock/metal quintet Dead By April (featuring vocalist Christoffer Andersson, vocalist Zandro Santiago, guitarist Pontus Hjelm, bassist Marcus Wesslén, and drummer Marcus Rosell), released their latest 13-song recording, Let the World Know, on February 12, 2014. Hailing from Gothenburg, Sweden the band is currently busting their asses to promote said new album and as such, we managed to grab some time with bass player Marcus Wesslén. We sent Wesslén a set of less then “ordinary” interview questions and here’s how he responded.

If you could choose, how would you die?
Wesslén: In my sleep.

Has a fan ever really pissed you off? What happened?
Wesslén: Not pissed me off, but sure, sometimes they can email you really stupid stuff or think they know things about you that they really don’t have any idea about.

What’s one of the most fucked up things that’s happened to you as a musician?
Wesslén: I forgot to bring my bass once to rehearsal; that’s like going fishing and not bring a fishing pole.

If someone stole all your band’s gear, then you caught the dickwad and no one would ever know what happened next, what would you do to him?
Wesslén: Break him in half and make him tour shitty clubs in U.K. for the rest of his life! That’s the worst thing you can do.

What scares the absolute shit out of you?
Wesslén: I really don’t have a clue…

Check out the song “Crossroads”

You find someone’s wallet in the street. It contains a ton of cash and/or a winning lottery ticket inside and their ID. What do you do?
Wesslén: My mind says take the money! But my heart would make me return it to the owner.

Have you ever been too wasted to play live? What happened?
Wesslén: No, I don’t drink before a show. You have to stay sharp!

Your instrument/gear (drums, guitar, etc.) has a catastrophic failure on-stage and you have no back-up. What do you do?
Wesslén: Well, in that case there really nothing to do… grab a beer and watch the show I guess. =)

If you weren’t a musician or totally in love with your job, you’d be…
Wesslén: A professional fly-fisher!

You kick everyone out of the band because you can replace them with any musician you want. Dead or alive, who do you recruit?
Wesslén: Jared Leto, and four clones of him.

What would it take to prove to you that God exists?
Wesslén: Nothing really. It’s all about believing. And for me, I don’t need proof. 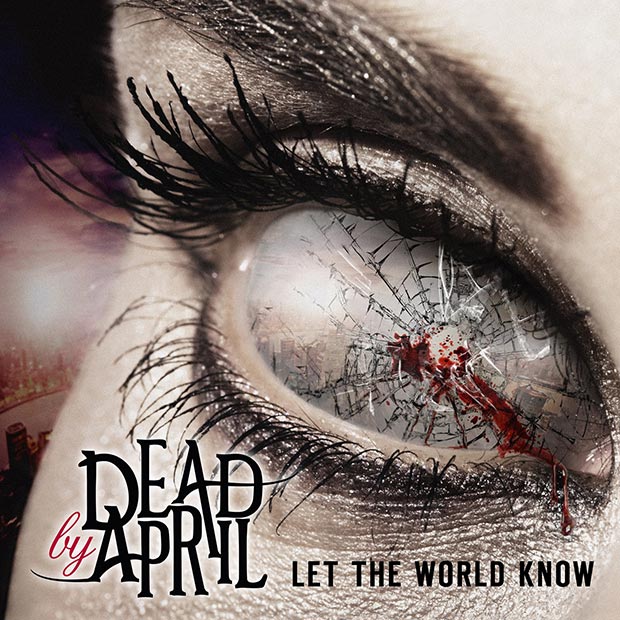 Tell us about the worst lie you ever told someone.
Wesslén: I stayed home from work once and told them my grandfather just died. I felt really bad after that.

What’s your opinion on groupie culture?
Wesslén: I really don’t know anything about it. But it’s weird sometimes. But I think it’s cool when kids hanging out a day before a show at the venue and stuff like that.

When was the last time you cried and why?
Wesslén: At my latest breakup with my ex.

Who is the biggest asshole you ever met and why?
Wesslén: A guy that wanted to pick a fight. Don’t know his name… but I tried to talk to him but there was nothing in his head. A really stupid asshole. So I punched him. =)

Describe your wildest drug experience.
Wesslén: Don’t have any.

What’s the creepiest thing a fan has ever done to you/creepiest encounter with a fan?
Wesslén: A girl lied to her boyfriend for two years that me and her been a couple, and that we still had contact because she wanted to help me stop doing drugs! The boyfriend emailed me and told me to stop hanging out with her. After many emails back and forward, I think he believed that I really didn’t have a clue what he was talking about.

Check out the song “Calling”