The much-hyped group Bloody Hammers has already begun some intense promotion in light of the pending June 10th North American release of their new album Under Satan’s Sun (Napalm Records). Featuring 10 new tracks teeming with the band’s signature concoction of heavy rock, which boasts everything from gothic and psychedelic rock to doom and stoner metal, this recording is already looking like it may come in as the band’s best to date. We chatted via email with lead vocalist and bass player, Anders Manga, about the key gear he used to create the band’s wickedly fuzzy sound on this new album. 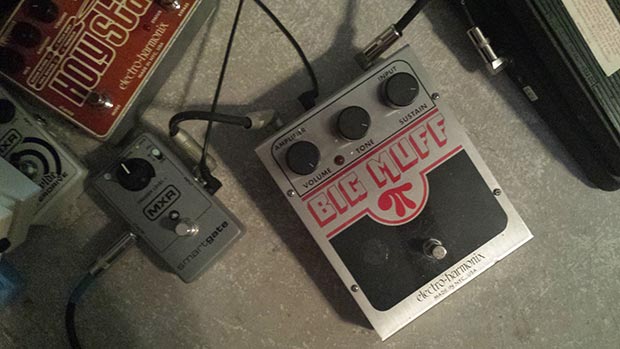 What about it makes it so important to you?
Manga: I love screaming over-driven Marshalls, but I also love fuzz. I always wanted a sound somewhere between the tone The Beatles had on Revolution and John Christ’s sound on the first Danzig record. To my ears, the Big Muff can get me there.

How was this gear used during the recording of your latest album?
Manga: For guitar, the chain was a Gibson SG – Dunlop Cry Baby 535Q Multi-Wah – Big Muff Pi – MXR M-135 Smart Gate Pedal – Orange Tiny Terror TT15. The Tiny Terror is a great studio amp. I get the amazing tones I want at a low wattage. At first I mic’d the Tiny Terror with a SM-57 and a Royer 121 but eventually just dumped the Royer… it’s awesome but I was getting the exact tone I wanted simply from the 57. I did use the ZVex Vexter Fuzz Factory and the MXR ZW-44 Zakk Wylde Overdrive on a few solos and randomly here and there. For bass I ran about half and half a Fender Jazz and a Rickenbacker – Deluxe Bass Big Muff Pi – Ampeg SVT 4 Pro. I actually ran direct out of the Ampeg to the board. 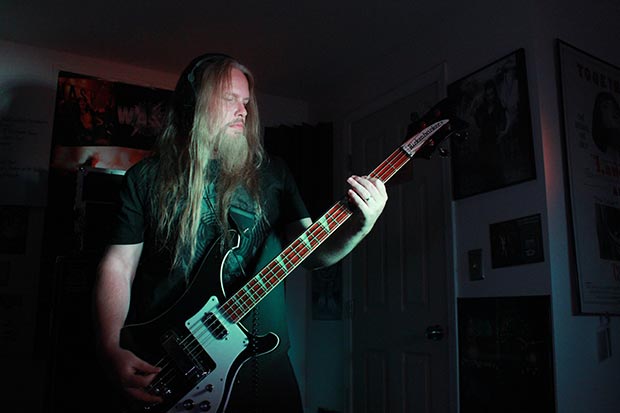 How do you recreate your album (guitar/vocal/bass) tones in your live set?
Manga: I play bass and lead vocals live and do the exact thing I did in the studio for bass. For guitar, the Big Muff is still in the chain but into a Marshall JVM210H.

How long have you had it, would you ever change it?
Manga: I’ve been using the Big Muff for many years. I’d change it if something came along that captured the sound I wanted better. Z Vex’s Woolly Mammoth is awesome from what I’ve heard, but I need to find time to visit a guitar shop and play with it. I remember hearing Chris Wolstenholme from Muse play “Our Time is Running Out” live and it sounded amazing. Someone told me it was a Woolly Mammoth.

Check out the ‘Under Satan’s Sun’ album trailer 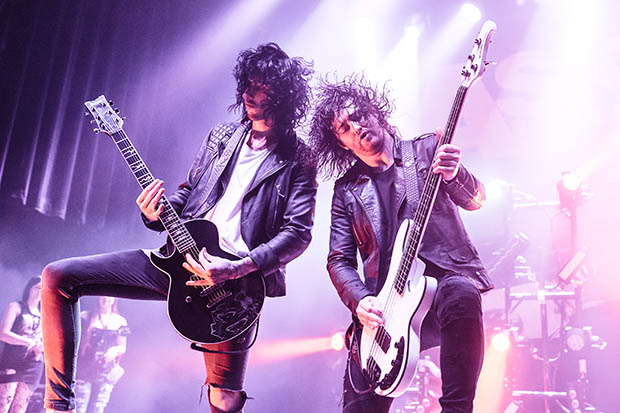 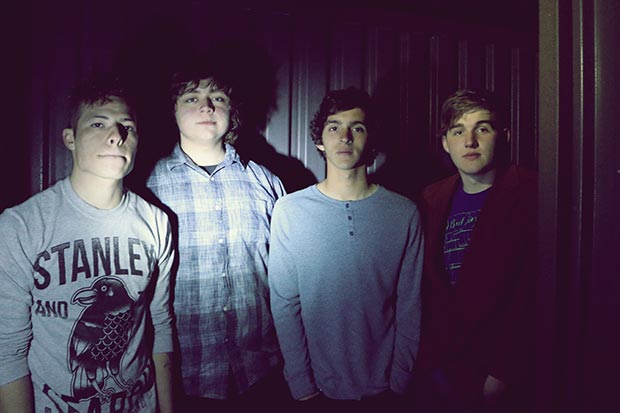