Check out the song: “Transparent (part 3)”

As of late, Canada’s east coast has been a burgeoning birth place for great metal bands. Recently I got the chance to speak with Scott Miller, vocalist and guitarist of The Daisy Anthesis, a hot new band who release an album entitled, Surface And The Sky, via Diminished Fifth Records. I asked Scott about their history as a band, the album and what The Daisy Anthesis has in store for the near future. Here’s how it went.

I read you started as an acoustic duo. What made you change into a crazy metal band?
Scott: We didn’t have a drummer when Scott Lilly (bass/vocals) and I (guitar/vocals) started playing together, so we figured playing acoustic would be the easiest to do on our own. We did that for a while and wrote some songs, but never did much with it. I wrote a few heavier songs during this time and I programmed drums to them because we couldn’t find a suitable drummer to match our style. I think 3 of those ended up being on our full-length 5 years later. Andrew Martin (drums) came along in December 2005 and we started jamming on the heavy tunes and totally bailing out on the acoustic stuff. It didn’t seem like that drastic of a change for me at the time because we were always into all styles of music and playing different styles.

Where did the name The Daisy Anthesis come from?
Scott: I remember reading something about daisies symbolizing innocence. We were talking about it and pretty much came to the conclusion that there’s not much innocence out there. The Daisy Anthesis wasn’t the first name we came up with, but we wanted to involve daisy somehow. I came across the work anthesis and it worked out perfectly. I have no idea how I came across it because I’m not into flowers or gardening, but I’m glad I found it. It’s kind of a curse too because no one has ever heard the word anthesis before and we have to repeat it to people 2 or 3 times before they get it. Sometime our name shows up on posters misspelled pretty funny too.

You put out your album Surface And The Sky about a year ago now. How did you come to have that as the name for your album?
Scott: We didn’t want to have a self-titled album so we started digging through the lyrics to find something good. It’s a line from “Transparent (part3)” and it’s referring to someone drowning you. It’s from the person under water’s point of view, seeing the surface and the sky. 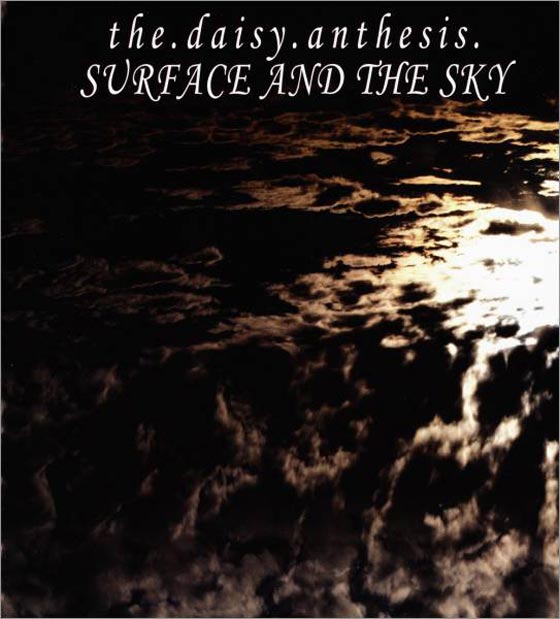 How do you guys go about writing your music?
Scott: The majority of our music is written by me then shown to the other guys. Once we’re all playing it together we can make little tweaks to it and get everything ironed out. I do all of our recording too, which makes things easy. I find that since I started doing that, my song writing process has changed quite a bit. I’ll record a song as I write it now, then send it to the guys. That way they can get a good feel for it before we play together and suggestions can be made very easily. That’s how most of our songs are written, but of course there are times when they’ll come up with a bass or drum part and we’ll build that into something.

You have some pretty powerful songs for just three guys. Do you find it hard to translate the songs into a live state?
Scott: Thanks, that’s something that we’ve focused on since most bands we play with have at least 4 or 5 people. Something that we’ve heard from the very beginning is that we sound huge live for being a 3 piece. We’re all VERY into our gear, so that helps. We want to have the best gear we can get our hands on so we can do justice to our songs in a live setting. We don’t find it hard to translate the songs live because that’s what they were meant for. We don’t record with a bunch of production trickery and have parts that we can’t play on the recordings. We look at it in the opposite point of view and try to make our recordings more similar to the live sound. There’s no triggers on drums, we do all the recording in my living room with no outside help whatsoever. Some parts are a little off the click track and there are definite flaws in parts, but we’re not robots so it’s okay.

Do you have a favourite song to play live?
Scott: My current favourite to play is a new one called “Voices”. It has everything that I love about our music. There are fast and tight, grindy parts, slow and extremely noisy, sludgy parts, and it’s all got a good groove to it. I think our writing has come a long way because we all love our new songs a lot and we’re getting a great reaction from others.

Check out the song: “Provoking Your Inderection”

So where are “Transparent” parts 1 and 2?
Scott: The music for “Transparent Part 2” is finished, but there are no vocals yet. I’m writing “Transparent” backwards, so it’s a bit challenging. It’s eventually going to be 1 cohesive song that we’ll probably release as an EP or maybe a full-length depending on how long it gets. I’m pretty excited about it because it’s something totally different and challenging for me to piece together.

What is the metal scene in New Brunswick like?
Scott: The metal scene in New Brunswick is pretty rockin’! There’s quite a variety of metal bands around, from stoner/doom to death/grind. It’s great that bigger underground touring bands are steadily coming through as well. Within the past couple weeks we’ve played with KEN mode, The Great Sabatini, Misery Index, and Fuck the Facts. Bands that all 3 of us love.

So what do you do when you are not rocking out with The Daisy Anthesis?
Scott: I work full time at a paper mill in Saint John, Scott Lilly is a paramedic, and Andrew is going to school to be an occupational therapist. This band is a great escape from the brutally, uninspiring real world.

What’s coming up in The Daisy Anthesis’ near future?
Scott: We just finished drum tracks here at The Recordio Studium yesterday for an upcoming split album with Orchid’s Curse. We’re recording 6 new songs and I have no idea when it’ll be out. Our current live set consists of pretty much all of these songs. After that we’ll be working on finishing “Transparent” in its entirety and go from there. 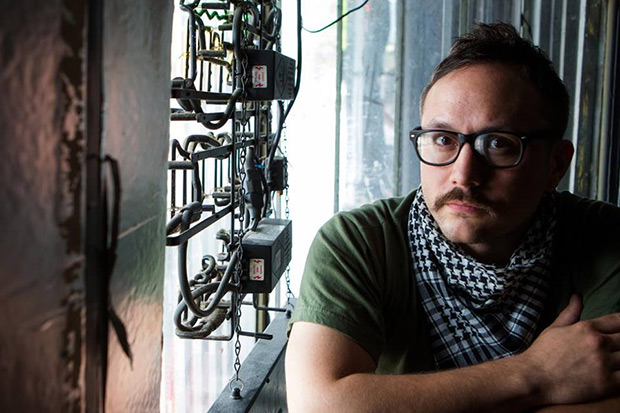