Orchid’s Curse are a metal band from Halifax, N.S that recently released their second studio album Voices: The Tales Of Broken Men, which has pushed the band farther in their career. Recently I got the chance to fire some questions off to the band who gave me an insight into the record.

You released your newest album Voices: The Tales Of Broken Men how has the reception been so far and are more importantly are you satisfied with the final product?
Josh: We are definitely satisfied both with the release and the press and praise it has received. The album charted on in the Top 10 Loud Charts back in the fall of 2010 as well has had great reviews by spots like Exclaim!, Hellbound, Sea of Tranquility and of course Pure Grain Audio! We also made a few “Best of 2010” lists for Noisography and The Coast which was cool since we were the only metal bands that made either of their lists.

How do you guys go about writing your music? Is it a collective effort or is it more the efforts of one particular member of the band?
Keith: For the most part Brian and I will write the basic structure of a song before bringing it to jam. Sometimes Brian will write the main riff and I will add lead parts or sometimes it’s the other way around. Once we are happy with the basics we will work on it as a band and figure out how long a riff should be or change parts and add in transitions etc. Overall it is a collective effort between all members of the band.

Kevin: Sometimes Josh and I work together on the arrangement of vocal parts. As for the music I approach what Brian and Keith bring to the table with more freedom than the average bass player is allowed in a band (I credit this to my intimidating and violent nature in rehearsals). 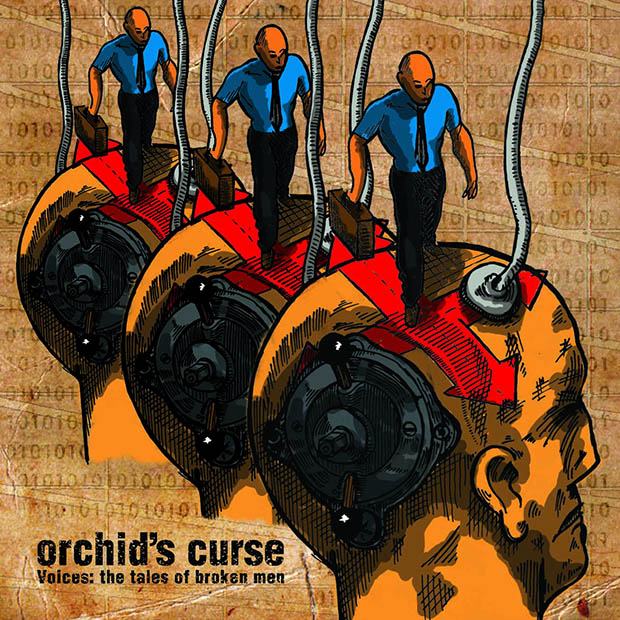 What do you talk about lyrically?
Josh: Lyrically for this album I decided I wanted to dive into a more theme conscious idea than with Goodbye… as well as try and tell more fictional stories than before. Since music is a great trigger of many human emotions whenever a song was completed I assigned an emotion and told a story about a person living the experience of that emotion whether Despair, Hope, Regret, Anger, Ecstasy, etc…

I saw you had labelmate Chris Lewis (Iron Giant) lend his voice on the song “The Animal”. What made you decided to ask him to become a part of the song?
Josh: Chris had been in town on a show with Iron Giant one of the weekends were finishing up vocals so we figured it’d be a great opportunity to not only get a good friends and labelmate to do a guest appearance but also to get a vocalist with a more diverse range for that part in “The Animal”. Lyrically that line is from the perspective of a father talking to his so the authoritative voice of Chris Lewis fit perfectly.

It took you 4 years to put out this album, what took so long?
Josh: hahaha… Yes it certainly did. Due to some member changes, members moving temporarily for work, etc… it was a long, daunting task to finally have things come together. Luckily we are back on track and more focused then ever! Currently we have 3 new songs written for a split as well as hope to begin writing for our next full length this winter.

Who would you say are your biggest influences on your vocals?
Josh: Vocally my all time favourites would be Maynard James Keenan (Tool), Chris Cornell (Soundgarden), Mikael Akerfelt (Opeth) and Phil Anselmo (Pantera). Obviously the latter two styles are more within my range. Outside of them other favourites include Greg Pucato (Dillinger Escape Plan), Carl Severson (Nora), Dennis Lyxzen (Refused) and Tim Wilson (Vision Of Disorder).

So your album art was designed by your guitarist Keith MacLeod. Is There a meaning behind the art?
Keith: The concept of the album art came from the overall lyrical themes. The monotomy of everyday existance. Feeling like a robot stepping off the production line to the daily grind. Essentially it is a marriage of human emotion and mechanical repetition.

So you also run Diminished Fifth Records and Red Tentacle. Is it a
challenge running these businesses and playing in Orchid’s Curse?
Josh: It keeps me busy for sure… I’m a workaholic and love the music industry (both performing and business) so it is a challenge I welcome. Plus Brian (of Orchid’s Curse) helps with a lot of the label stuff including A&R and my business partner Hassan holds down the fort for Red Tentacle when my other duties call.

What’s next for Orchid’s Curse?
Kevin: We have some shows with some favorites of ours; Misery index and Fuck The Facts (Aug 19 – Moncton, Aug 20 Halifax, Aug 21 Charlottetown).

Josh: And we are currently putting the finishing touches on writing 3 new songs for a split we are doing with our brothers in The Daisy Anthesis later this year or in early 2012. We will also have a few more awesome fall shows to announce to keep checking out our blog for more info. 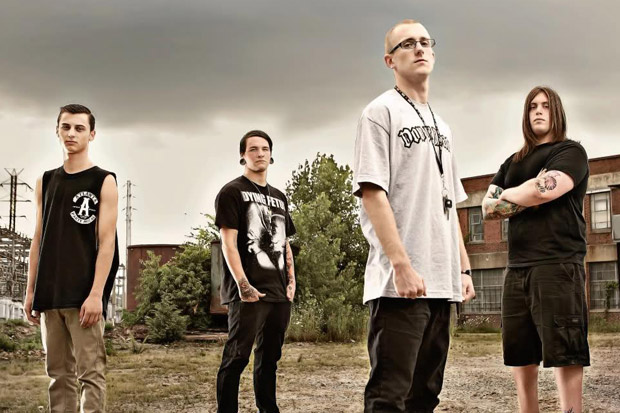 Gear Review: In Alcatraz 1962 guitarist Danny Lapetina on his Peavey 6505+