The members of Trivium are all in their mid-twenties and already the band is onto its fifth studio record. In Waves comes three years after the well-received disc, Shogun, and is the first to feature new drummer Nick Augusto; in for the departed Travis Smith. In this interview with bassist Paolo Gregoletto, just prior to the release of In Waves, we get a closer look at the new record and the writing and recording process behind it. Paolo discusses what it was like to have Nick in the studio for the first time, how Nick’s drumming influenced the sound of In Waves and he lets us in on why the group decided to change things up a little bit in how they wanted this record to sound. Check out Trivium on tour for most of the fall in the United States followed by a lengthy trip through Europe.

To say you guys have a lot of touring ahead of you for the rest of this year would be an understatement. Does it ever seem daunting or even overwhelming when you’re staring down a touring schedule like this?
Paolo: I mean we’re all really into touring; we’re into playing so it never feels like a burden. I think we all kind of knew what we were getting into when we started touring and there were plenty of times to back out, but I think we’re all in it for the long haul. When we get the dates lined up for us it’s like, “oh yeah it’s awesome, we got a lot of touring coming up” as opposed to “oh man, I’m going to be away from home for a while”.

Trivium’s latest and fifth album is called In Waves. What are your feelings on the sound of the record now a few weeks before its release?
Paolo: Sonically I think we definitely achieved what we were going for which was a very crystal clear mix, but something that had a lot of weight that was heavy, not in terms of just the riffs, but just felt like a big-sounding album. Songs, I can still throw that album on and listen start to finish and I’m very proud of what we achieved. We had a lot on our plate bringing in a new drummer so it was like trying to get someone acquainted with us musically and gel as a band as well as try to write that next evolution in our sound so it was a lot to do. I’m really proud; it came out better than expected even since we started on it about a year ago. I couldn’t have planned on something better than this.

You mentioned there, the most significant change between this album and your previous records is that it’s the first to feature new drummer Nick Augusto. What was it like to have Nick on board in the recording process for the first time? Was it at all difficult for him to fit in at first?
Paolo: Well I’ve known Nick since kindergarten, we had played in a band together years and years ago so it was like him coming in, we had known each other, he had toured with us as a drum tech for a little bit so everyone kind of knew him. So we were all, we knew each other so it wasn’t like awkward getting to know each other for the first time. I think having a little bit of touring with him helped us when it came time to write because I think then he was kind of familiar with how we play, how we all kind of work together. If anything it was a creative burst for us because he’s such a quick learner that we could throw stuff out at him all the time and we were playing right away as opposed to having to wait there for someone to have to come up with his part so it was great for us in the writing process. 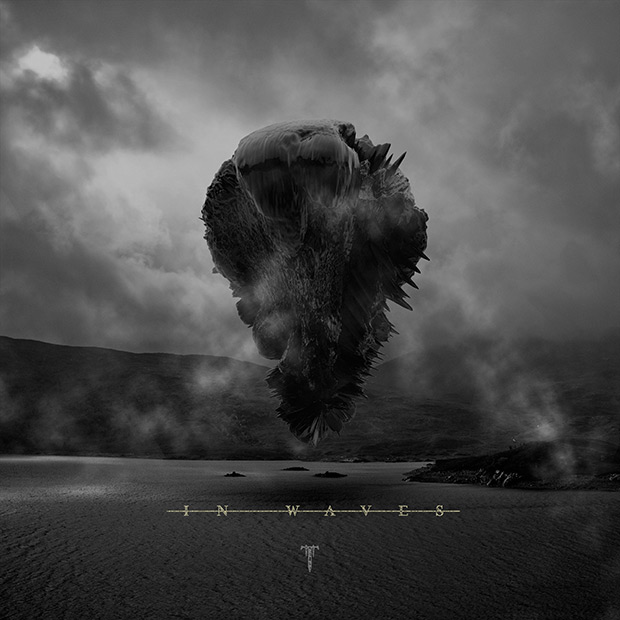 Yeah you talk about having him in the writing process, the creativity it brought out. Would you say that he really influenced or changed the sound of this record as compared to when Travis was in the band?
Paolo: Yeah, I mean Cory, Matt and I have always kind of been the main writers, but you know someone’s playing is definitely going to make a big influence on the riffs you’re writing and the music you’re making so he was definitely, like I said a burst of energy, his playing was very energetic. The only way I can describe it is that he plays with a real sense of purpose and like he has something to prove and I think that translated into our sound and gave us sort of a refresh almost on our sound, it just kind of gave us that energy that we needed back into our music so that it didn’t sound like we were just a band that’s on our fifth album. We sounded more like a band that was doing its debut again, that’s kind of what we wanted, we wanted that vibe again.

At what point did you all assemble to start writing this record? How much time did you take off after touring for Shogun?
Paolo: I mean we’d been writing it for quite a bit. I’d say we started writing stuff early 2009 while we were still touring and we started putting stuff together in the warehouse almost, I want to say… April last year I’d say. So I mean we pretty much came off tour, took a month off and then began jamming again together.

It says on your official website that the band had gotten tired of the current state of metal and In Flames being your response to that. What is it in particular about metal that you’re not digging these days?
Paolo: Well you know it’s not really that we’re not digging metal, it’s just that we wanted to bring something new into it. It’s very rare sometimes that people, you know, especially established bands will want to step out of their comfort zones because when something works you don’t want to tweak it too much. But from an artistic standpoint, we knew that it was time for us to update because if we didn’t I think we were running the risk of stagnating as a band ourselves. So it’s not really that we were trying to come and change the way people write their metal music. I think now everyone’s influences are so broad that you know there’s not just one particular sound anymore. So for us we were just trying to bring something new to the table so that they’ll know it’s a Trivium album, but they’ll be surprised like “oh, I wasn’t expecting this or that from it.”

How many songs in total did you write for In Waves and how many of them did you leave off of the final cut?
Paolo: We probably wrote… I think we demoed up to about twenty something songs, we had a lot of ideas, well into thirty or forty so ideas. We left a lot of stuff off, we put everything through such a strenuous demoing process that we weeded out what wasn’t working, what just wasn’t strong enough, or even stuff that was a little bit too extreme at points where it just didn’t sound right, it just sounded forced. So we kind of pushed ourselves to really be like, take a step back and be like is this really the Trivium sound? Will this fit what we’re trying to do?

Check out the song: “In Waves”

You assembled quite a production team to help with In Waves with Colin Richardson, Martyn “Ginge” Ford and Carl Brown. How exactly did you assemble such a team to help you out?
Paolo: Well they all shared the same management so when we got Colin on board, he wanted to bring Carl over to engineer. Then it was also brought up to us if we wanted “Ginge,” Martin to come over and co-produce, it would be cool to have an extra set of ears and he’s an amazing drummer and he had a lot of great input for Nick. It worked out perfect; I think we needed that sort of situation.

I was reading some quotes from Matt saying that he took a lot of inspiration for the sound of this record from films and modern art. Is this something the whole band got into or would I have to ask Matt about this?
Paolo: Um, I’d say of everyone else in the band besides Matt I’m probably more into that, I wouldn’t say the other two are as much, but it wasn’t necessarily that that was just influencing all the music. I think it was more the visuals and you know even lyrically some of the stuff was kind of inspiring Matt. I think it was cool to have something outside of just music to dive into for inspiration. It definitely gave us an “outside the box” influence and ideas that we wouldn’t normally get from just listening to a record.

Fans are always interested in this so what would you say is your favourite song off of In Waves?
Paolo: It’s tough, there are so many different dynamics to that album so it’s hard to pick just one. I’d say the three that kind of sum it up best for me, the songs “Black,” “Caustic Are The Ties That Bind” and maybe “Dusk Dismantled.” It’s kind of a good pick of the different spectrums that the album kind of hits in terms of spectrum and melody.

We know you’re going to be very busy for many months to come. What is the band’s plans like for early 2012?
Paolo: We’re just kind of starting to get that stuff all together, we have a couple of options so we’re figuring out what the best is and planning out what the next year is going to be like for us.

So we can expect to see you out on the road for the next year solid?
Paolo: Oh yeah, probably two years. [laughs] 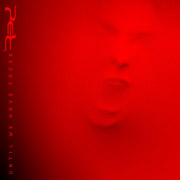 Red – “Until We Have Faces”