Check out the song: “Hopeless”

Recently I recently had the opportunity to speak with Masaki Murashita, guitarist and vocalist for the Arizona-based extreme metal band, Hemoptysis. Their latest release, Misanthropic Slaughter, has garnered the band critical acclaim from press around the globe and with their recent signing to Rock It Up/IceWarrior Records Hemoptysis is poised to make their mark on the metal world. Here’s what Murashita had to say.

Misanthropic Slaughter has been out for a few months now. After having time to live with it are you still happy with the outcome?
Masaki: Absolutely. This is an album that we can be proud of forever. We are very happy with it.

What has been the response to the record so far?
Masaki: We have received about 50 positive reviews on this record from all over the world. We just need bigger promotion to get more people to listen to the album.

Who are your biggest influences on your playing?
Masaki: Dave Mustaine. He inspired me to pick up the guitar and play metal. If Megadeth and early Metallica didn’t exist, I probably wouldn’t have become a metal head and metal musician. The other guys in Hemoptysis listen to death metal, black metal, melodic death metal, and non-metal music like blues and jazz. 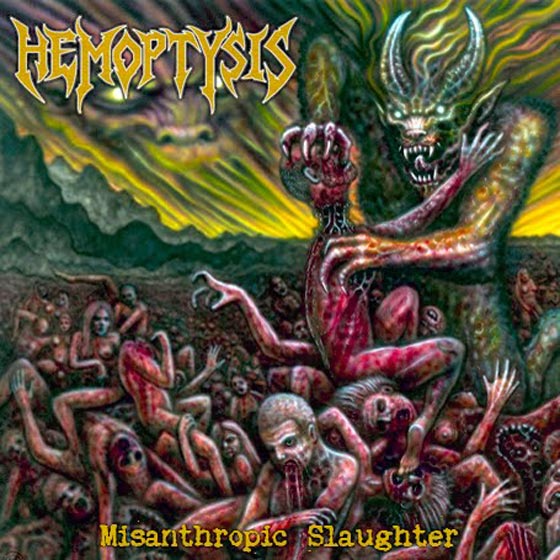 You recently signed a deal with Rock It Up/IceWarrior Records. How did that come about and how has it been working out so far?
Masaki: They offered us the fairest deal by far. It showed long-term interest in our career, whereas most labels screw bands and have no interest in an artist’s career. We truly appreciate Rock It Up Records for believing us. It has been working out great.

When you write do you ever think about the live performance?
Masaki: Yes. Interacting with the audience is very important and that’s the fun part of playing shows. I definitely keep live performance in my mind when I write songs.

What kind of preparation goes into your live show?
Masaki: We stretch out before and after the show. This will help you feel much better the next day because your muscles won’t be sore. Also, I spend at least 10 minutes playing guitar to warm up my fingers. I warm up my voice as well.

How important do you consider a stage show for your band?
Masaki: Shows are always important. You have to do your best at each one, no matter how many people are there. We don’t drink before our shows because we want to make sure we do our best on stage.

Check out the song: “Shadow Of Death”

How long do you practice your instrument a day?
Masaki: It really depends because we have our daily lives just like everybody else. We do what we can. If we didn’t have to take care of the business end of the band, we would have a lot more time to practice and write new music. In general, we practice at least a little bit each day. I would say that is about 45 minutes to two hours or more a day.

Do you have any touring plans made yet?
Masaki: We’ve got a mini tour for the weekend of August 19th, 20th, and 21st and we are playing in Cheyenne, WY, Albuquerque, NM, and Gallup, NM. We are also working on more dates. In the age of $4 for a gallon of gas, it is extremely hard to tour nowadays, especially when you have no tour support. We do what we can.

What is next for Hemoptysis?
Masaki: We have a music video shoot late this summer and we are currently working on new material. We also want to tour as much as possible. We definitely need your support to keep running, so if you like what you heard, please buy our CD and merch and show us your support! 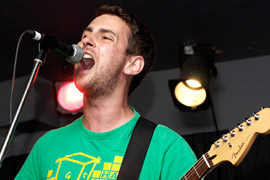