Sean Stockham, drummer and vocalist for the band Middle Class Rut, spoke with me by phone recently about the band’s newest release, No Name No Color. Now that the disc has been released, the band plans on taking to the road with dates lined up all around the world. Here is what Stockham had to say about the new disc and the upcoming tour.

I am doing well. Now that your new CD, No Name No Color, is complete, how do you feel about it and are you satisfied with the outcome?
Sean: Yeah I am actually really satisfied. I think we are more satisfied than we thought we would be. It was one thing to look at the songs and at the end of the day and be happy with them, but once we got the artwork finished and we made a video for it, (there is a whole campaign that is shaping up around it), I think it is just coming out a lot better than we thought.

What is the writing process like? Do you guys all write together? Or is it more the efforts of one member of the band?
Sean: No it is totally different. It just depends on the song or the situation. A song like, “New Low” is one that was really really collaborative. We were just in a room pacing back and forth listening to a drum beat on repeat until we both came up with some shit to sing. Then there might be another tune that he (Zack Lopez) might have fleshed out on an acoustic guitar and then he brings it in and we turn it into a rock version. There also might be songs where we jam for hours playing drums and guitar and just jam on something until a song comes out of it. It sort of just varies.

How long did the album take to put together?
Sean: There are songs on there that were in the first batch of songs that we wrote about 4 years ago. We have always just written songs and then recorded them instantly so some of the recordings are like 3 or 4 years old and then some of them are brand new and we finished them right before we were set to mix a couple of months ago.

Did you go back in and rerecord those older songs or did you just leave them the way they were?
Sean: We left them the way they were. We have tried to do that in the past, you know to try and rerecord something that we did initially because we thought the first version was like a demo. We figured we could do it better because we knew the song better and things had changed a little bit. We have tried to go back and make them better, but they never come out having the same spirit as the initial one did. So we usually just end up choosing the energy and fresh spirit that the first attempt always has. We choose that over any technical improvements that a second take would give you.

How quick are you in the studio? Does it usually take you a couple of takes to get it done?
Sean: That kind of depends too. With a song like, “Busy Bein’ Born” that was probably like just one drum take for me. Because again, going into it that was a song we wrote before we had a band name or even knew what we were going to do with this project. I was just trying to put something down so that he could put some guitar down so we could listen to it and hear how it sounded. Basically I just threw a take together. Maybe something we have done more recently we might take a little more time with and just be a little bit more conscious about it. We feel like the quicker, the better because if we do it quick, it just has a cool energy about it, versus if we mull over it for months.

What kind of touring plans do you have in support of the record?
Sean: There is really nothing specific. We have a couple of sporadic dates in October where we are doing some stuff with The Deftones. We are really excited about that because that is a band we grew up on and getting a chance to play with them is pretty cool. Beyond that, we are just going to expect to be pretty busy Stateside, in The UK and in Europe. Hopefully all over the world as well, you know, Japan and Australia, places we have never been. I think this one is going to take us all over the place.

So you have plans to head overseas with this one then?
Sean: Oh yeah. We actually just got back from England two days ago. We just went over there for like a week set of dates that we did. We spent a good chunk of 2008 and 2009 just doing as much as we could and getting to know the system over there. It is pretty familiar to us actually.

So you guys get a pretty good reception over there then?
Sean: Yeah you know, if we are in the right place kind of thing. Younger kids these days are really specific about their scenes and the music they listen to and the clothes they wear. So if you throw us on the road with the wrong bill and the wrong bands it is kind of a bad fit. The people over there are just generally more excited to go to shows and see bands play.

Are there any places you have not played that you would like to get to?
Sean: Yeah man we want to go to Australia and Japan, fuck man, everywhere, South America. I want to go everywhere. Really we have only just scratched the surface. We have only done one mainland Europe tour that took us all over the place. We hit Germany, Belgium, Sweden, Norway, Copenhagen and all of these cool places. We just got a little taste of what it is like to really travel the world and I have got to say it is pretty amazing, so we look forward to doing that a lot this year.

Touring over seas is a bit different than touring here in the States isn’t it?
Sean: I mean just walking around overseas or just going to a restaurant is completely different you know? Unless you find a TGI Fridays you really know you are in a different place; the air feels different and obviously the people talk, look and act different and everything is just really, really quite different. Especially when you get into Europe where they are not even speaking the same language anymore.

Do you find it difficult or do you just go with the flow?
Sean: It is kind of both, I mean obviously it can be harder. You are in a hotel in France and whether or not the person behind the desk speaks any English they just pretend not to. So you are trying to have a conversation and ask him where you can get some water or what the password for the internet is and it definitely is a fucking challenge. At the same time it is a unique and fun challenge, it is enlightening and educating at the same time. Just being in a different place is really cool you know to see the world. I wish everyone would get the chance to do it.

Any closing words at all?
Sean: No not really. I appreciate it. Have a good one.  [ END ] 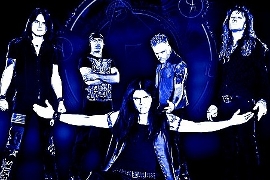 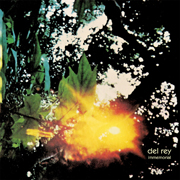