Vocalist Eric Sprague, aka The Lizardman, spoke with me by phone about his newest project Lizard Skynard. For over a decade The Lizardman has been entertaining sold out crowds around the world with his performance art and body modifications. Now The Lizardman has taken on yet another aspect of live performance, fronting an experimental, indie, psychedelic rock act known as Lizard Skynard. The self-titled release is full of rants, raves and at times ramblings of The Lizardman all set to a hypnotic musical backdrop that just draws the listener in. Here is what The Lizardman had to say about the band, the disc and what we can expect from a live show.

Doing well thanks. Where are you at?
Eric: I am at home in Austin, Texas.

Cool, everything going well today?
Eric: Yeah everything is going good thanks.

Now that your brand new self-titled CD is complete how do you feel about it? Are you satisfied with the outcome?
Eric: I am really happy with it. It was an experiment for me and it was the first step of many, but I am really happy with it. I think it got off on the right step. I have a good group of guys with me. I am a perfectionist though and I am never going to be completely satisfied with anything I do, but for our first effort to put it out there and give people an idea of what we are trying to do and what we are going to be like, I think we did a pretty good job.

What was the writing process like for this CD? Did you guys all write together? How long did it take?
Eric: The writing process was nontraditional and very weird. I am finding that out more as I talk to people. Basically what happened is that Mossy Vaughn and I had talked about this for so long that it had reached a critical mass. We had to do this but we were not in the same place, the rest of the guys were up in Illinois and I was down here in Texas. When Mossy was on the Jaeger bus and I was on the Jaeger tour even then we weren’t seeing each other that much because the bus wouldn’t always be at all of the tour dates.

So I was playing around with ideas and he was playing around with music and in the beginning he was mostly doing it on his own. So once he finally got the riffs and got them to the rest of the band they were doing the music, but I was still completely separated off of that process. I wouldn’t hear anything until they basically had it done as sort of an instrumental and then I would hear it and think okay what have I got written that might fit up with this. I was just taking stories and random ideas and trying to come up with it. Really the first time we were all in the same room was in the recording studio. We didn’t know how we were going to merge the words and the music together until we actually got there.

They had some ideas and I had some ideas, but we were right there recording it in just under two days and slamming it all together. In the future, having done this process once already, we now have a better idea of how we work and we can make adjustments to better accommodate each other as we go forward. Even in the recording studio, the songs were recorded and the album was put together before the songs were even played. We never just sat down and had them play the music while I did the vocals. That never happened until our first live show.

Are there any tracks on the disc that are personal favorites or have good stories behind them?
Eric: I think if I have a sentimental favorite it old probably be “Criticism” because it is a random sort of venting of old anger for me. But think if I wanted somebody to listen to one track off of the album and that was all they were going to get to hear than I would probably say “Space Eels.”

I have to ask what’s your beef with Anderson Cooper?
Eric: You know… he knows what he did. He might not even remember what he did. That actually goes back to the mid to late 90’s when he was a narrator for the spin off of 20/20 called 20/20 Downtown. At that point they did a story about me and a bunch of my friends, about body suspension and stuff like that. In between the segments that they actually filmed of us, which is a beautiful story of my friend reconnecting with herself and her family through doing suspensions and body modifications. They had Anderson Cooper doing this scare narration basically saying, “Oh my God look what this kids are into.” This was ridiculous because we were all adults and it was actually a very safe and beautiful story but because it was visually shocking they had him doing that. Even though he probably didn’t write the copy he read it, he new what he was doing and he was punching up the piece for shock value. He was trying to make us look bad when we were really telling this great reunion and self discovery story. So screw him for being a corporate shill at that point.

I love how the song opens the record. It definitely sets the tone.
Eric: Thanks.

How much road work do you plan on doing in support of the record?
Eric: As much as we possibly can. We are all very ready, hungry and anxious to get out on the road. I have spent most of my time on the road, and have for over a decade now, doing different shows and I love it. As much as I love being home at my house with my wife and my pets I live for being on the road; that is what I want to do. Mossy is the same way. Johnny, our drummer has been grinding it out on the road for most of his life. Russ wants to be on the road and Eric who is Mossy’s brother is the other person who hasn’t toured before, but the things we have done so far he has really liked. We are going to tour as much as we can and that is what we are working on setting up now. Because even though we kind of did this in a sort of weird way most of what we have been talking about the entire time is how great it is going to be when we get out and combine this with a live show. For me that is where I am. I am an entertainer and I like getting up in front of crowds and giving them something to remember. Mossy has a lot of good ideas of how we can incorporate the other stuff I do as well. We really want to put on a theatrical show for people.

That brings me to my next question. Are you guys going to mix performance art in with the music?
Eric: Absolutely. I have gone on so many tours with so many different bands and I have gone to so many different shows and even when I absolutely love a band and love their music, if I show up to a concert and I only get them standing on stage playing I am sort of dissatisfied. I can get that by putting the CD on at home and listening to it. I think if you are going to ask people to take time out of their lives at a certain place and a certain time to see you do something there has to be something visual there. You have got to give them that something more. I can think of the bands that blew me away, they are the bands that not only played their music and played it great live, but added that extra punch, that visual aspect or storyline behind it. I think about the tour with Slayer and Slipknot. All of these bands really kind of blow me away live not just because of the music, but because you have to be there at that moment to see it and experience the whole thing that goes on. I really want to be somebody who can provide that sort of thing for the people and for the audience that comes to see our show.

What artists would fans be surprised to find on your iPod?
Eric: Tori Amos.

Tell me about a book or two that you’ve read that you think other people should read?
Eric: Everybody should read ‘Siddhartha’ by Herman Hesse and ‘The Illuminati Trilogy’ by Robert Anton Wilson and Robert Shea.

If you had not become a musician what other career path would you have liked to attempt?
Eric: I came very close to being an academic, a teacher, a college professor.

If you were a superhero, who would it be and why?
Eric: Ooh that is a tough one. I used to work for a comic book company and now I am having a geek explosion in my head. I think I am going to say Magneto because to control one of the four basic forces of the universe is pretty damn cool.

Alright Eric, any closing words at all?
Eric: Please listen to the album and come check out a live show.  [ END ] 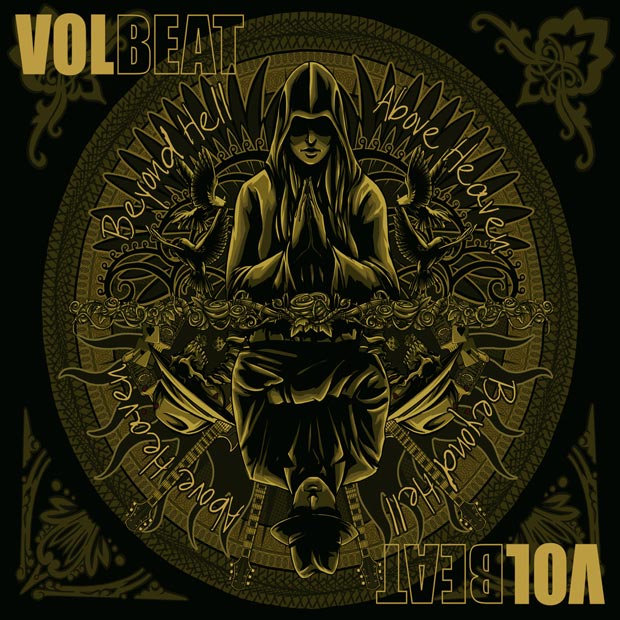 Volbeat – “Beyond Heaven / Above Hell” 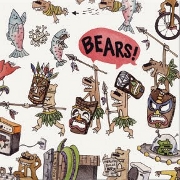