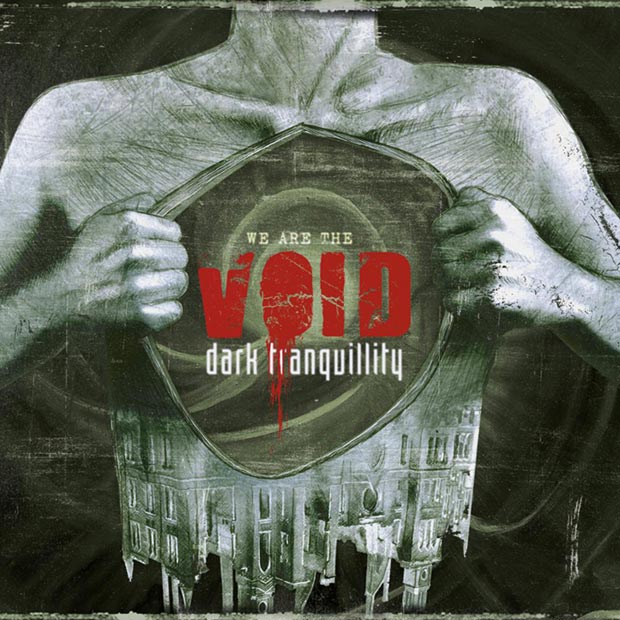 Dark Tranquillity – “We Are the Void”

Approximately 17 years ago Dark Tranquillity released their debut album Skydancer. To this day the band still has four of their original members, a huge accomplishment for any band. In addition to their loyalty the members have matured as musicians and with them brought We Are The Void. This, their latest effort, truly demonstrates how much they have evolved since their first release.

“Shadow In Our Blood” was the band’s first single and is the first track on this album. It sums up Dark Tranquillity’s sound quite well; fast, aggressive, melodic death metal or as some call it Gothenburg, which is also where the band is from. Being one of the pioneers of the genre, the band has once again shown us that there just is no topping them. The instrumentals are simple but with a few great licks. Anders Jivarp continues to amaze me with his drum skills, he captivates me with his tight and powerful beats. Also the electronics/piano of Martin Brändström are top notch and give a darker feel to the songs. Every song is hard hitting and rips you open just as the album cover depicts.

A song that really tore me apart was “The Fatalist”. It begins with a piano hitting single notes followed by the whole band jumping in to back up this dissonant sound. After this intro the song speeds up with vocalist Mikael Stanne growling. The chorus resounds in your head and you just want to get it out “The day has come, you are the fatalist!”

We Are The Void is a hard hitting record that proves nobody can replace the pioneers of this music. This release is definitely worth be purchased, so you’ll know the lyrics for when they come by your city. Fans of In Flames, Soilwork, Dimension Zero and Light This City will enjoy Dark Tranquillity… big time!

Check out the song: “In My Absence”